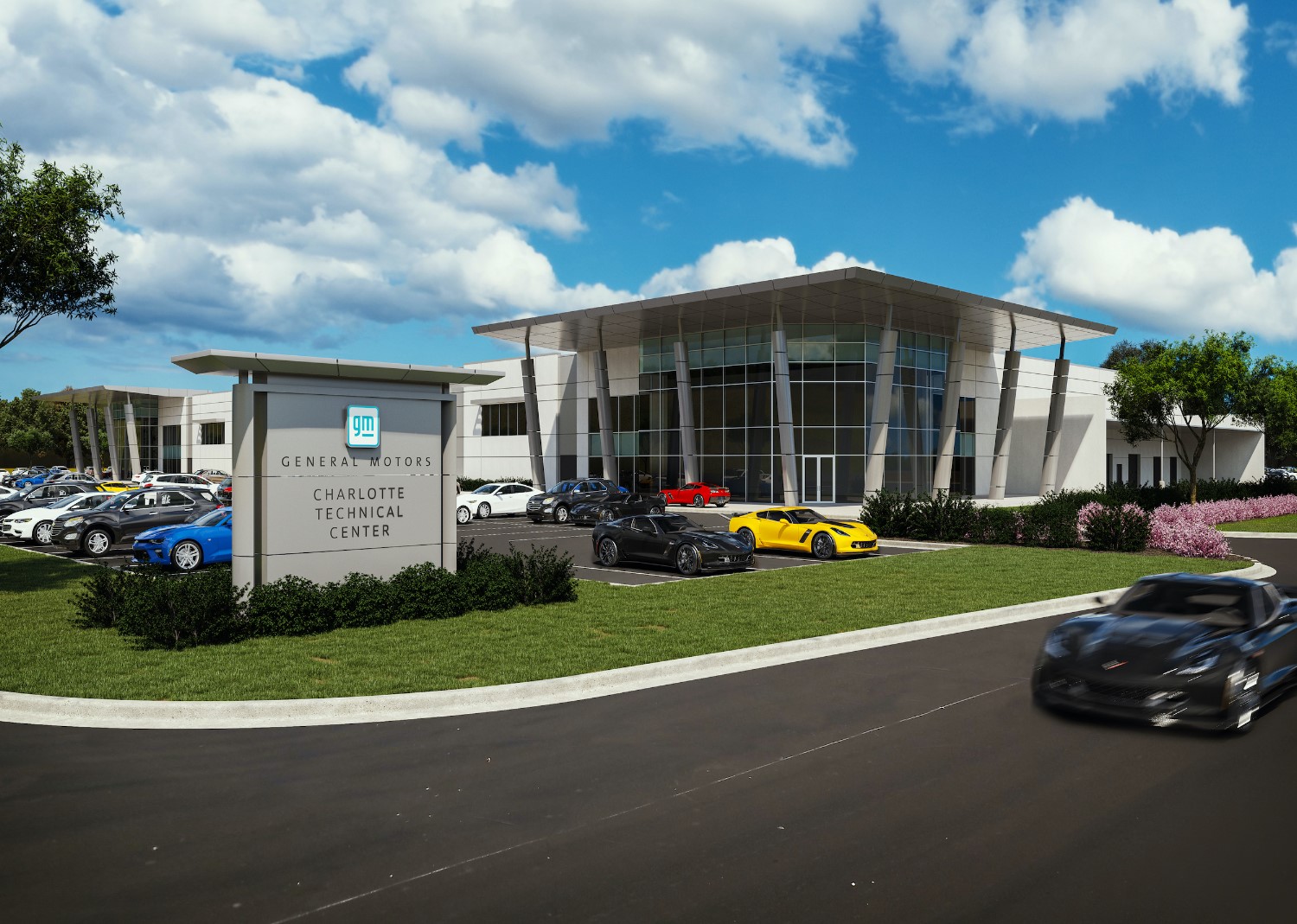 Representatives of Chip Ganassi Racing, Richard Childress Racing and Hendrick Motorsports joined GM for the groundbreaking at the complex in Concord. The site was selected for its proximity to partner racing teams and major technical suppliers. The new technical center will support racing efforts across all series in which GM competes.

The facility is a $45 million investment for GM and is scheduled to open in early 2022.

“After more than a year of unprecedented challenges for everyone, we reevaluated our plans and found we could expand the footprint and scope for the Charlotte Technical Center to make it an even greater resource,” said Jim Campbell, GM U.S. vice president of Performance and Motorsports. “This new location and larger facility is a clean-sheet design, tailored for technology development and collaboration with our racing teams and technical partners.”

Construction has begun on the new facility. A previously announced site was repurposed by GM Defense for production of the new Infantry Squad Vehicle, a light and agile troop carrier developed for the U.S. Army.

The center’s location, in the heart of one of the nation’s racing hubs and near colleges and universities, will provide more opportunities for GM to recruit top talent in the fields of software engineering, computational science, electrical engineering and other technical skill sets.

“The new Charlotte Technical Center will expand GM’s engineering footprint in the epicenter of racing in the United States, and will improve our engineering speed and capability in both the racing and production environments,” said Jim Danahy, GM vice president of Global Safety, Systems and Integration. “It will be a strong hub for the racing and production engineering teams to collaborate, share resources and learn together, delivering better results more quickly both on the racetrack and in our production vehicles.”

Development technologies often make their way from the racing world to production vehicles. A combination of virtual simulation and physical testing is used to meet the quick development time frames for motorsports teams. The testing methods used in racing, along with frequent competition, provide valuable training experiences for GM production vehicle engineers.

“Chevrolet is taking a big step in creating a best-in-class technical center to further increase resources and collaboration. Having a central hub for vehicle simulation, aero development and engineering support in the heart of NASCAR is going to make us even stronger. It’s so important to stay on top of technology and Chevrolet is making a key statement on their commitment to performance with this groundbreaking today.”

“The new technical center that GM is building shows a real commitment to their racing programs and partner teams in particular. All the new technology, tools and equipment will allow us to collaborate more effectively and efficiently across all three series that we partner with them on – NASCAR, IMSA and Extreme E.”

“Hendrick Motorsports has raced with Chevrolet since we opened the doors in 1984,” said Rick Hendrick, owner of Hendrick Motorsports. “I’ve never seen them more committed to our sport and to the performance of their partner teams than they are today. The investment General Motors is making right here in the Charlotte area sends a clear message about the importance of auto racing to their brand and their passion for competing and winning at the highest levels. We share Chevrolet’s commitment and take immense pride in partnering with them on and off the racetrack.”