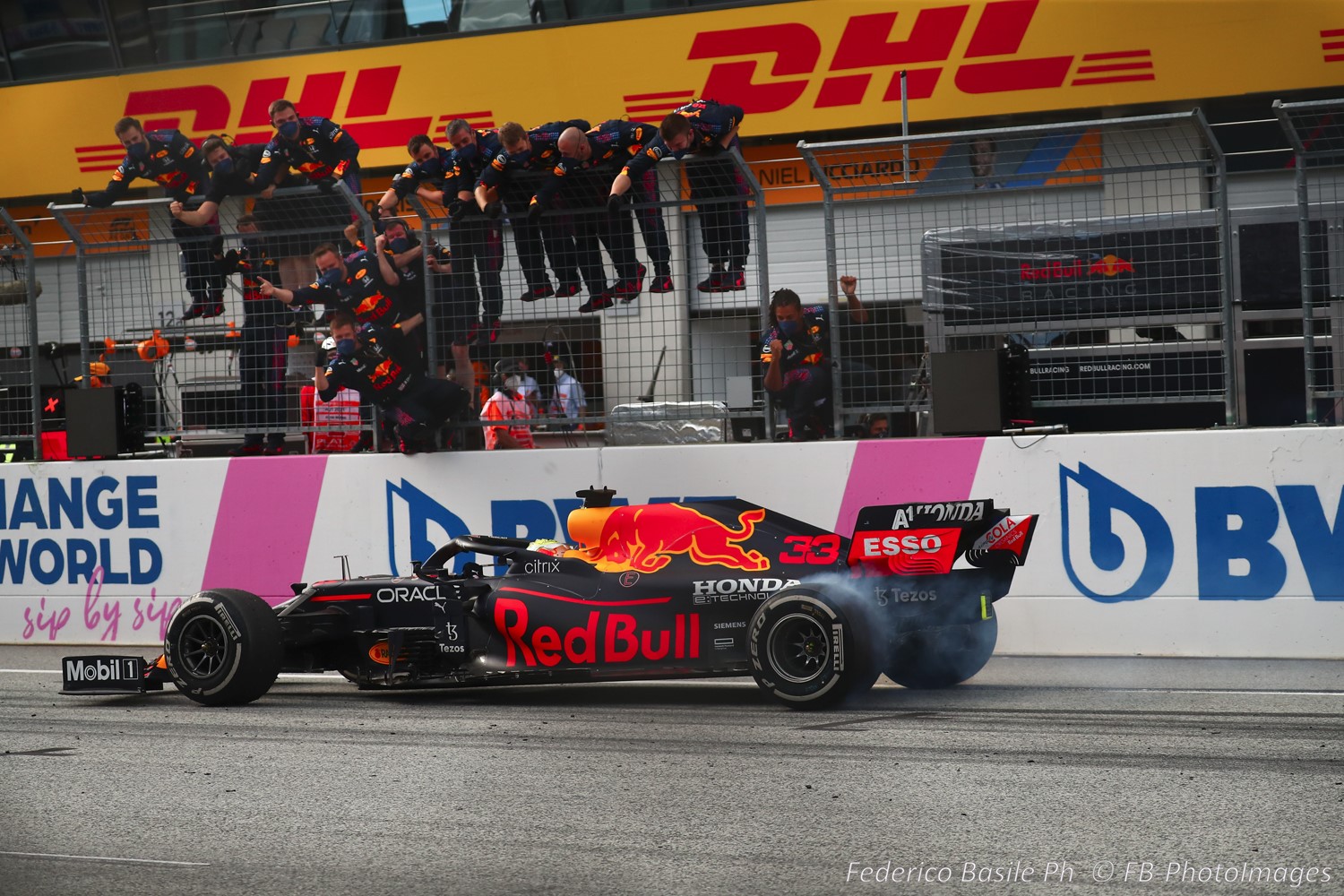 (GMM) Three Formula 1 personalities have slammed the sport’s governing body for clamping down on the type of checkered flag ‘burnout’ indulged by Max Verstappen last Sunday.

To the chagrin of former Bridgestone engineer Kees van der Grint, race director Michael Masi said moves like that “will not be tolerated” from the championship leader in future.

“Max brings life to Formula 1, which is something the viewer is starving for,” he told RTL GP, a Dutch broadcaster.

“People like him are the best thing about sports, so it’s really very sad that an organization like the FIA wants to stop that.”

“Max saw his teammates hanging over the fence and did a cool burnout,” he told Ziggo Sport. “I don’t quite understand why it was criticized.

“He did it on the extreme side of the track, so it was completely safe. Don’t you think these things should be possible – to celebrate a victory like that? Especially when Red Bull was winning on its own track.”

Finally, F1 legend Gerhard Berger thinks the FIA should indeed make “room” for drivers and the fans to enjoy the warm-down lap celebrations.

“When I saw it I thought ‘Everybody is going to talk about this’,” said the former Ferrari and McLaren driver.

“A warning is appropriate,” Berger told Servus TV, “but in general I like what they do in MotoGP, when the warm-down lap is turned into a real show by some of the riders.

“There should be room for a little fun in Formula 1 too,” Berger insisted.

On Sunday, having utterly dominated the first of two back-to-back races at Red Bull’s own Austrian GP circuit, the championship leader slowed to a crawl in front of his teammates and crossed the finish line amid a burst of engine power and tire smoke.

“The situation was not quite suitable for that, so as soon as it happened I talked to the team and said that in the future we won’t accept things like that.”

23-year-old Verstappen, however, said he made sure his burnout was safe.

“I had enough time behind me anyway,” he laughed.

“I did it all the way to the right as well, so I didn’t get in anyone’s way.”