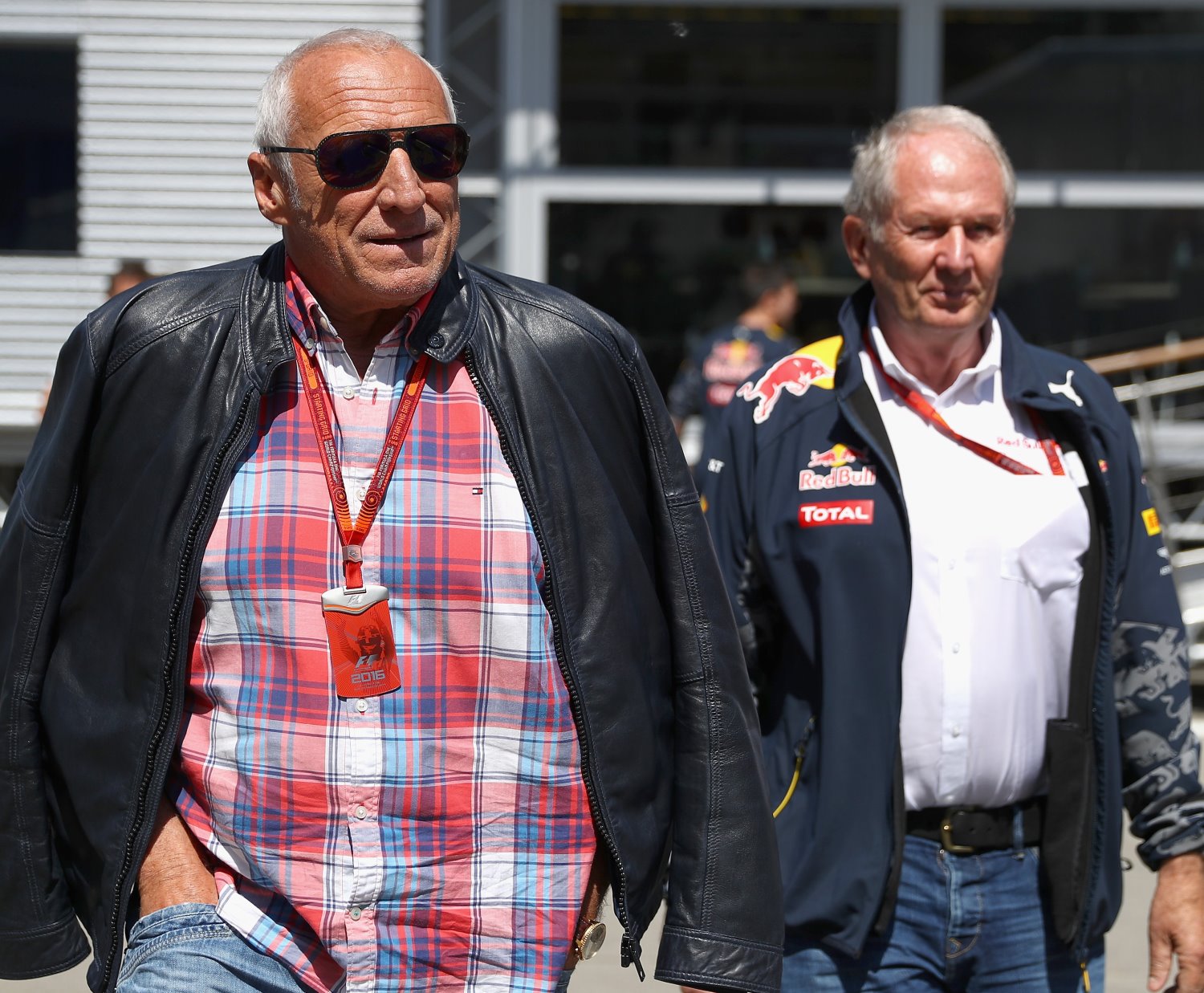 (GMM) They may be in their late 70s, but Red Bull’s Austrian chiefs are showing no signs of lifting their feet from the throttle.

That is the news from team boss Christian Horner, who was asked if Dr Helmut Marko, 78, or the year-younger Red Bull mogul Dietrich Mateschitz are beginning to eye retirement.

“No, absolutely not,” Horner is quoted by formel1.de.

“They are both in good shape and still highly motivated when it comes to Formula 1. Maybe it’s the mountain air,” he joked.

Horner said it’s inspiring to see Marko and Mateschitz both so active but also so intricately involved in the entire Red Bull F1 project.

“Two teams, the Austrian GP of course, the Styrian GP this year, and now this enormous investment to produce our own engine, which some would consider foolish,” he said.

“But that is Red Bull – to dare to do what others call impossible and become an independent engine manufacturer.”

Horner admitted the entire project would not be possible “without Dietrich and Helmut’s drive”.

He also said the example of the still-active former F1 supremo Bernie Ecclestone, who is 90, is similarly inspiring.

“It’s great to see that Bernie is still quite active at 90,” he said.

“It just shows that age, whether young or at the other end of the scale, doesn’t have to be a hurdle.”