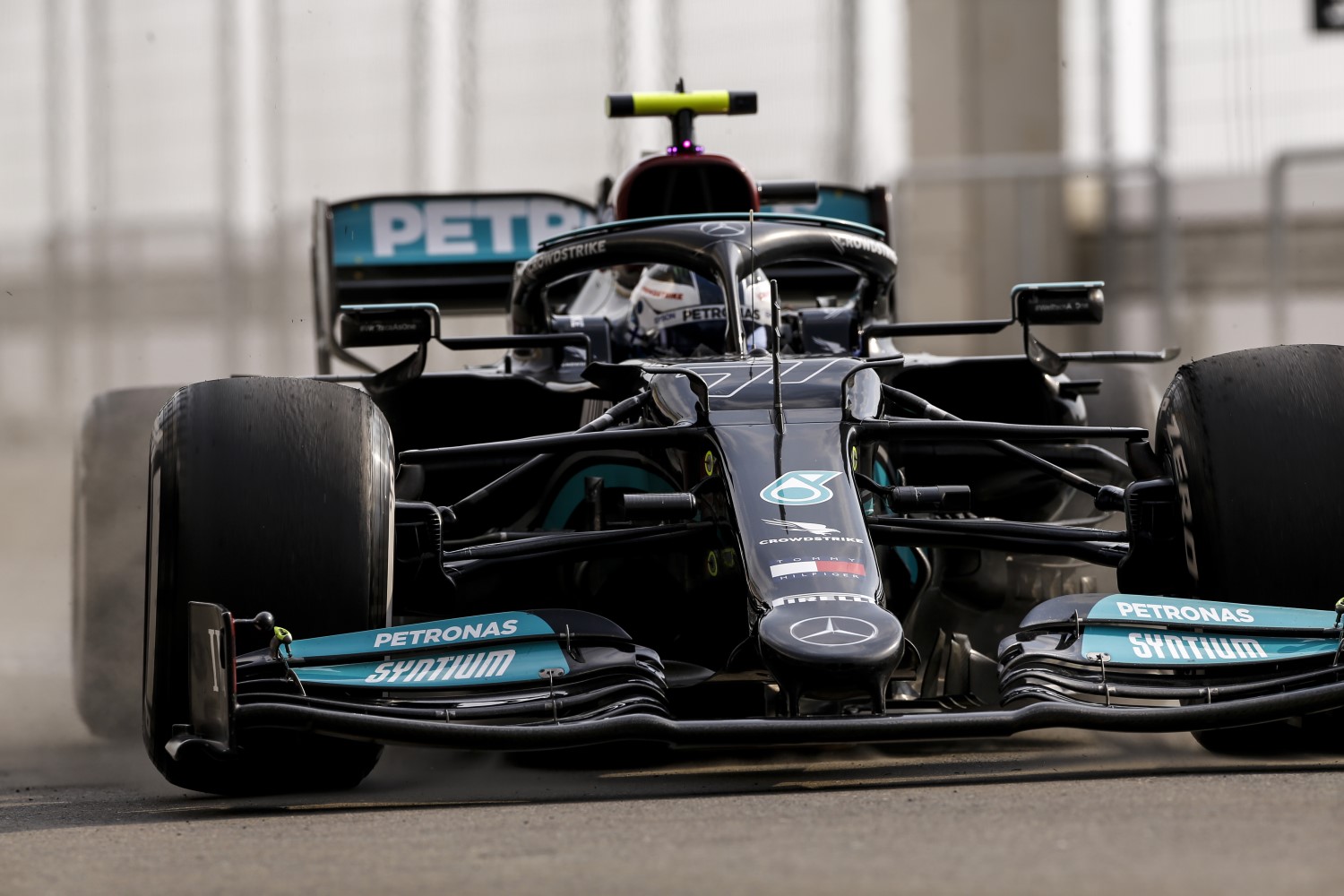 The Mercedes team, with their ‘trick rocket’ engine dominated final practice for the Qatar GP Saturday afternoon under the sun in Doha, Qatar.

Max Verstappen and Red Bull had no answer for the faster Mercedes car. On a late desperate run, set a personal best first sector, but he was already three tenths off the Mercedes. He matched the Silver Arrows in the middle sector, and picked up a tow in the final sector to jump ahead of his Pierre Gasly into third.

Something remains wrong with Verstappen’s rear wing. The team have had it on and off the car multiple times this weekend, with slow motion shots showing it flapping more wildly than usual when DRS is activated. Is there an issue – and if so, can they solve it before qualifying later on?

Considering the conditions were unrepresentative of what they will be under the sun in qualifying, that was still a very interesting session there.

Red Bull aren’t the only team with some head scratching to do. Charles Leclerc wasn’t happy with the handling of his Ferrari, especially in the first few corners.

Meanwhile, Lance Stroll was equally unimpressed with the set-up of his car as he wound up P15 in that session. His Aston Martin teammate Sebastian Vettel did not fare much better, sucking in 12th, 1.574s off the pace and out to lunch.

As for Haas – Nikita Mazepin is having an absolute mare of a weekend so far. Sitting out the entire FP2 session yesterday as his car required a chassis change, he desperately needed a good session here. But instead he didn’t manage a single lap, grinding to a halt at the end of the pit lane early on and not being seen again as the team changed a power controller.