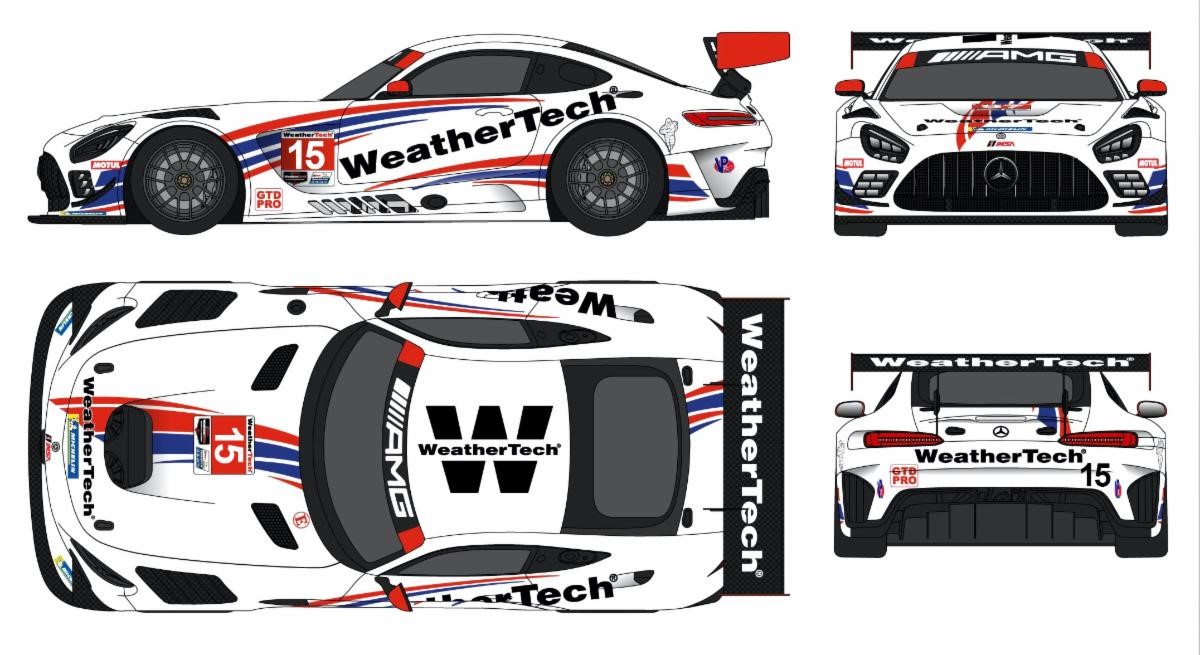 WeatherTech will be the title sponsor for a second team Mercedes-AMG GT3 entry in the new IMSA WeatherTech SportsCar Championship GTD Pro Class for the season-opening Rolex 24 At Daytona, Jan. 27-30.

WeatherTech, with Mercedes of Billings (Montana), has agreed to come onboard as the primary sponsor of the No. 15 WeatherTech Mercedes-AMG GT3 entry to be driven by Dirk Müller (Germany), Patrick Assenheimer (Germany), and Austin Cindric (Mooresville, N.C.).

“The second Mercedes entry came about with Proton being contracted to prepare the car,” David MacNeil, Founder and CEO of WeatherTech said. “It was also an opportunity for Mercedes of Billings to have a presence in the race as well. The Rolex 24 is a showcase for sportscar racing around the world and is really the only on-track competition going on this time of year. We are excited to have a third WeatherTech liveried car on the grid for the 60th running of this great race.”

The 2022 IMSA WeatherTech SportsCar Championship season will start with the traditional Roar Before the 24 test at Daytona International Speedway, January 22-24. The 60th running of the Rolex 24 At Daytona will take the green January 29.

For more information on WeatherTech Racing, including race recaps, photos and team gear, please visit the team site at www.WeatherTechRacing.com