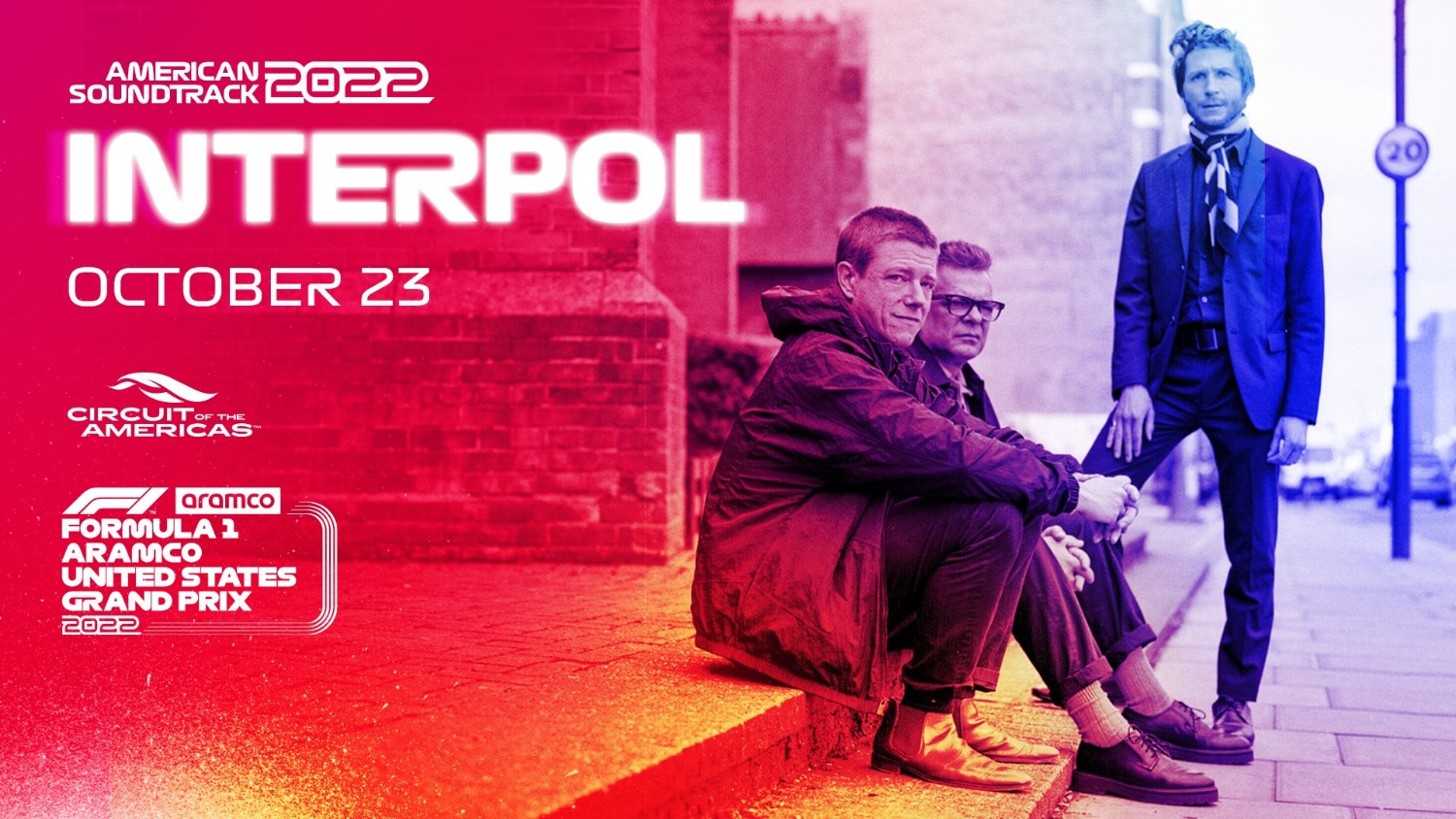 Circuit of The Americas (COTA) announced today that Interpol will join the star-studded line up during this year’s Formula 1 USGP at Circuit of The Americas. The chart-topping band will close out the entertainment-packed weekend with a performance on Sunday, October 23 at Germania Insurance Amphitheater.

Formed in New York City, Interpol are Paul Banks (lead vocals, rhythm guitar), Daniel Kessler (lead guitar), and Sam Fogarino (drums).  Released in July, the band’s seventh studio album, The Other Side of Make-Believe, has garnered wide critical acclaim. Associated Press called it, “A melancholy masterpiece of jangling guitar and layers that reveal themselves with every listen.”