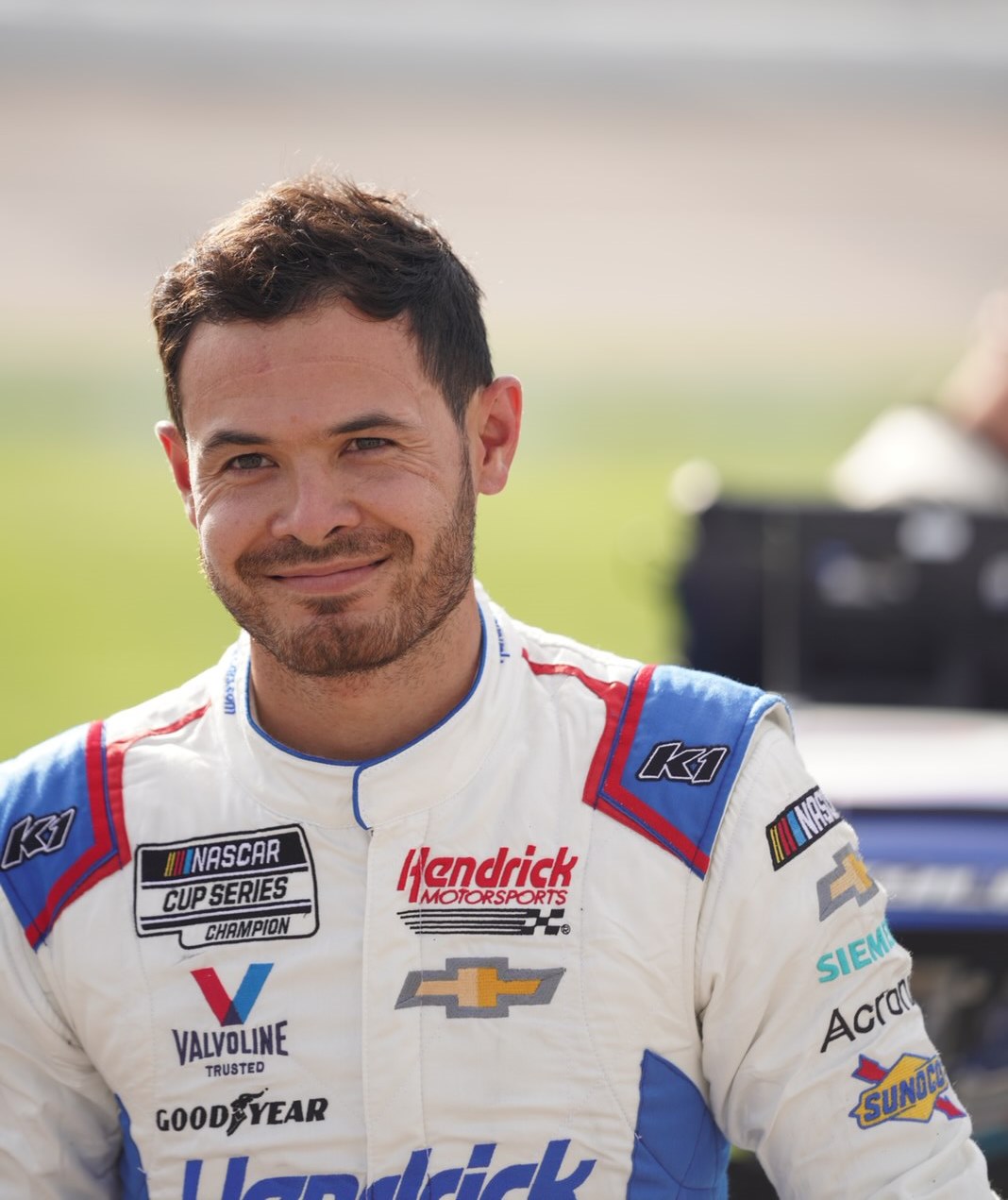 Kyle Larson’s affinity for the Indianapolis 500 goes back to his dad.

“This is something that I’ve dreamt about since I was a child before I was ever really racing sprint cars,” Larson said on a Zoom call discussing his deal to run the 2024 Indianapolis 500. “The Indy 500 has always been the most special race to my dad. I just remember as a kid he would always say, ‘Someday if you get the opportunity, you really need to try and run the Indy 500.’ I feel like I had to be really patient with it and thankfully the patience has paid off.”

The 2021 NASCAR Cup Series champion will compete in the biggest open-wheel event in racing. The Chevrolet entry will be fielded by McLaren Racing and co-owned by Rick Hendrick with title sponsorship from HendrickCars.com.

Since coming to Hendrick Motorsports ahead of the 2021 season, Larson has been quick to bring up the possibility of running the Indianapolis 500 with team owner Hendrick and vice chairman Jeff Gordon.

“They’ve been working really hard for a while now to find me the best opportunity out there to go and compete for a win,” Larson said. “It’s going to take a lot more patience to get to 2024, but I do think we’ve assembled the best possible scenario for all of us involved to go have a good run.

“I didn’t want to do this if I was not in a great opportunity and with time to prepare. This definitely leaves plenty of time to get ready for it and feel I am going to go with a shot to do good.”

There are no plans for Larson to run an NTT INDYCAR SERIES race prior to the 2024 Indianapolis 500, but he will participate in on-track testing at some point in the next year. McLaren Racing CEO Zak Brown indicated there are plenty of things they can do to help Larson prepare for the endeavor.

“We are going to go maximum preparation whether that is in simulation, whether that is driving the race car itself, whether that is attending some INDYCAR races and sitting in debriefs,” Brown said. “Obviously, Kyle’s primary program is his quest for another Cup championship, so we will have to work around what will be a busy schedule for him in his racing activities.

“We want to immerse Kyle and work with the Hendrick (Motorsports) organization to maximize performance both on and off the track. We are now working through that with how many test days we can do and where should we test. Chevrolet’s new tech center is around the corner from Hendrick Motorsports and that is certainly going to be a benefit.”

Hendrick called the Indy 500 “a bucket list” item to be a part of for any racer. The NASCAR Hall of Fame team owner has accomplished plenty in the sport – 14 championships in the Cup Series and 291 wins in NASCAR’s top series – but the open-wheel entry will be a first for him.

“I get more excited about it every day,” Hendrick said. “This is a great opportunity for us. We’ll see how it all works out. I’ll probably feel like I did when I went to Daytona (International Speedway) the first time and I had an entry there. I went down the pit lane and saw the Wood Brothers, Junior Johnson and all these guys. I thought, ‘Man I shouldn’t be here.’

“Being partners with McLaren gives us a tremendous amount of comfort that we will have the best equipment, the best preparation and we owe that all to the McLaren group because they are the best.”

Larson will be the fifth driver to run “The Double” – the Memorial Day weekend races of the Indianapolis 500 and the Charlotte 600-mile race. John Andretti, Tony Stewart, Robby Gordon and Kurt Busch are the others. Busch is the most recent to do in 2014, while Stewart (in 2001) is the only driver to complete all 1,100 miles of “The Double.” No driver to attempt it has won either leg.

After his father planted the seed years ago, the wheels are finally in motion for Larson’s first Indy 500. The Elk Grove, California, native is already hoping to have a few cracks at it in the coming years.

“If you look at all the types of stuff that I have done, when I get involved in something I don’t want it to be just a one-and-done thing,” Larson said. “I want to take it serious, continue to compete in it and learn the craft. Every different type of race car I drive takes a different style and a different driving craft. I think INDYCAR is going to be another one of those. We only have this one-year deal done and we’ll see how it goes, but I would love to – if we all enjoyed it, if we all had a good time, if we all believe it was successful and we want more of it – then yeah, I would love to do it again.

“I’ve always said I don’t want to compete in the Indy 500 just to say I competed in the Indy 500. I want to compete to win. I want to win someday down the road. I’m still young. I’m only 30 right now. I feel like I am in the prime of my career. I think while you are in that prime you need to take advantage of it and go race as much and compete in a lot of the big events that you can have a shot at winning. If you win at the first try, that can change things. I would love to compete it in more than next year.”