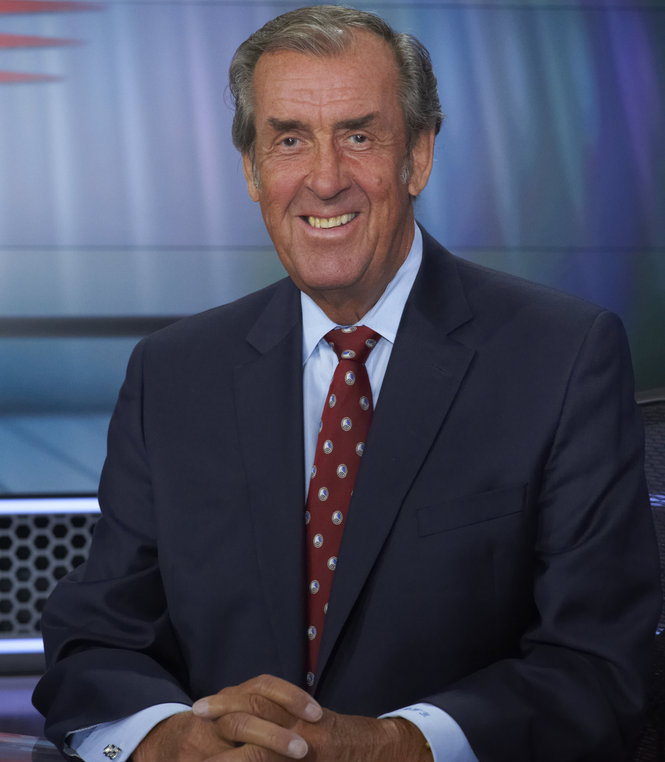 NBC Sports commentator David Hobbs is retiring from his broadcasting career but not on his own terms. Hobbs is being forcibly ended, as ESPN has secured the rights to air Formula One races starting in 2018 and they will use a Sky Sports audio feed for their broadcasts. But that’s been a tough pill to swallow for Hobbs. Ahead of the Abu Dhabi Grand Prix, Hobbs said he’s upset that the switch to ESPN means he won’t get to sign off on his own terms, but he’s more bothered by the reason Liberty Media chose to sign a multi-year deal with the network. More on that later.

Born as David Wishart Hobbs in 1939 in England, he was a former British racing driver. In 1969 Hobbs was included in the FIA list of graded drivers, a group of 27 drivers who by their achievements were rated the best in the world.

Hobbs was born just months before the outbreak of World War II, and has a vast, 30-year history of international driving experience at all levels of motor sports, including sports cars, touring cars, Indy cars, IMSA, Can-Am and Formula One.

[adinserter name="GOOGLE AD"]Hobbs currently lives in Milwaukee, Wisconsin with his wife, Margaret, with whom he has two sons, Gregory and Guy. In 1986, Hobbs opened a car dealership, David Hobbs Honda, in Glendale, Wisconsin, which continues to exist today, and for which he personally voices advertisements. His youngest son, Guy, worked for Speed as a pit reporter on their sports car coverage. Hobbs was inducted into the Motorsports Hall of Fame of America in 2009.

Hobbs was born just months before the outbreak of World War II, and has a vast, 30-year history of international driving experience at all levels of motor sports, including sports cars, touring cars, Indy cars, IMSA, Can-Am and Formula One. He has participated in the Indianapolis 500 and the 24 Hours of Daytona. He made twenty starts in the 24 Hours of Le Mans race, finishing in 8th place at the first attempt in 1962, following with a pole position and a best finish of third (in 1969 and 1984) to his credit.

Hobbs was due to make his F1 Grand Prix debut for Tim Parnell Racing at the 1965 French Grand Prix at Clermont-Ferrand, but a serious road accident put him in hospital for three weeks.

In 1971 Hobbs won the L&M 5000 Continental Championship driving for Carl Hogan out of St. Louis, Missouri, in a McLaren M10B-Chevrolet. He won five of the eight rounds that year at Laguna Seca, Seattle, Road America (Elkhart Lake), Edmonton and Lime Rock. Twelve years later, he would claim the 1983 Trans-Am Series championship as well. He also made two NASCAR Winston Cup starts in 1976, including leading two laps at the 1976 Daytona 500 and drove a race in the 1979 International Race of Champions.

Hobbs appeared in the 1983 comedy film Stroker Ace, playing a TV race announcer. He also appeared in the Cars 2 movie, which premiered in June 2011, as announcer "David Hobbscap", a 1963 Jaguar from Hobbs' real life hometown in England.

Originally employed as a commentator for the Speed Channel, he recently worked as a commentator for NBC and NBC Sports Network. Hobbs provided commentary for Formula One and GP2 races (alongside Leigh Diffey and former Benetton mechanic Steve Matchett), the SCCA Valvoline runoffs, and parts of the 24 Hours of Daytona. He has also worked for CBS on its Daytona 500 coverage, working as both a colour commentator and a feature/pit reporter from 1979 until 1996, and then moved to Speed in 1996 working as a colour commentator and then moved to NBCSN in 2013.

“It’s a bit galling that my last show is not me retiring, but me being retired," Hobbs said. “If ESPN or anybody had come along and outbid NBC in a rights war, and we were pushed out by a clearly superior team and deal, that would be one thing. You could say, ‘OK, I guess the best guy’s won.’ But the deal they’ve got is horrible."

Although NBC has had a three-man team of Hobbs, Leigh Diffey and Steve Matchett call every race — apart from the United States, Monaco and Abu Dhabi — from its studio in Stamford, Conn., and only has sent pit lane reporter Will Buxton to provide on-site analysis, ESPN reportedly won’t even do that. Instead, it simply will air the F1 world feed.

“They’re not paying any rights fees, they aren’t having any studio shows so there aren’t any production costs," Hobbs told RACER. “It’s meant to be a generic (broadcast) team from across the ocean. That is irritating, that we’re being ousted by what will be an inferior show. To be pushed out by a pathetic deal, including for the viewer, is sad."

A bitter ending to an impressive career. His common-sense spot-on commentary on F1 race broadcasts will be sorely missed.