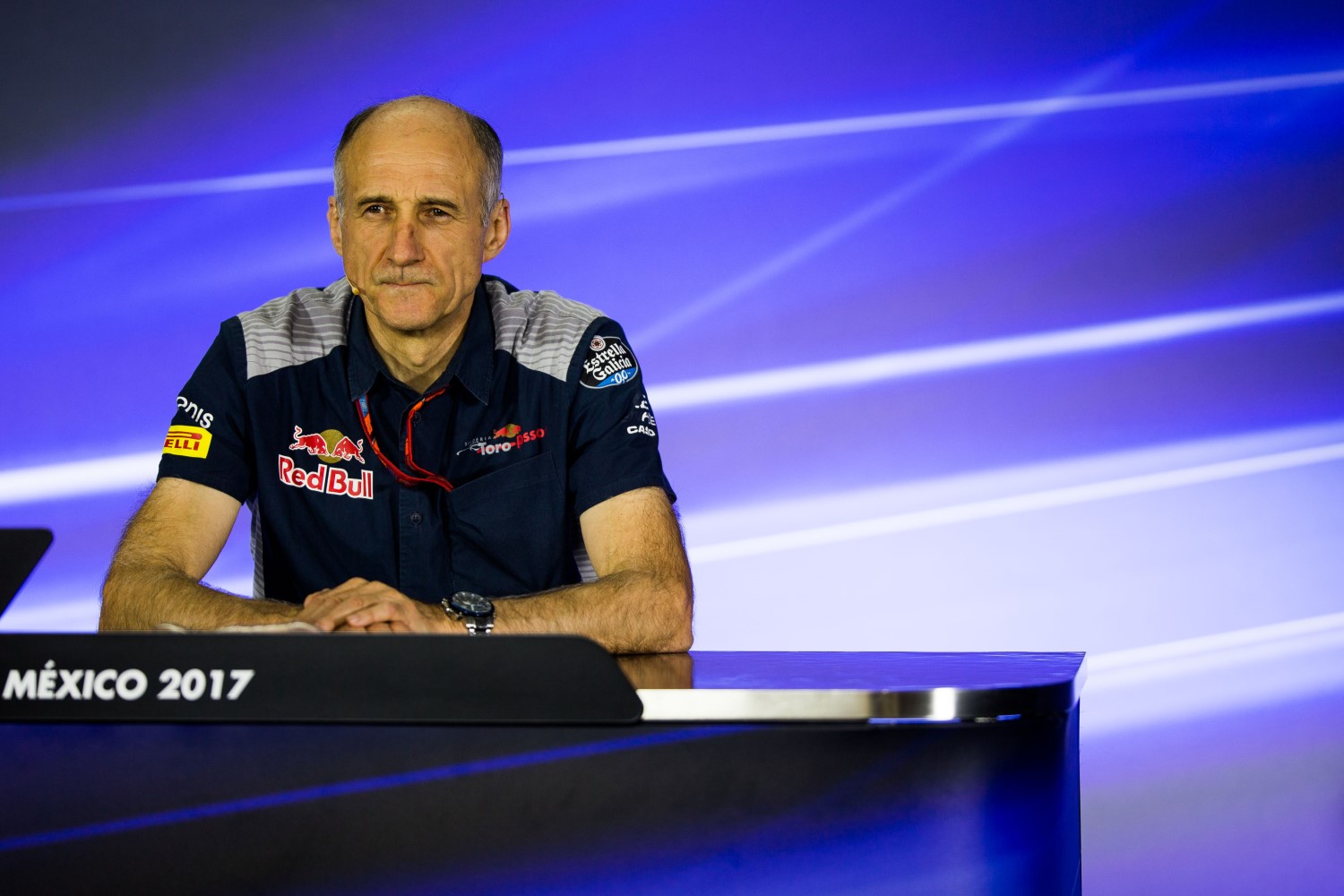 Q: Paddy, let's begin with you. Felipe was in the conference here yesterday with us, saying the team needs to make some changes for next season to its approach to the car and the 2018 car will essentially be your first car, overseeing it. Can you tell us your approach and how much have you allocated resource to it along the way this year?

Paddy LOWE: I'd like to stress that it's a team effort. I know the media like to characterize these things as cars of individuals but we have a great team at Grove with some new people we've brought in in the last 12 months as well as the existing team. But we are motivated to make some significant change to really move forward, create a step from where we are. So we will see how that plays out. We recognize that we have some strong competition as well and they'll all be wanting to do the same. But we're quite optimistic about what we're doing over the winter.

[adinserter name="GOOGLE AD"]Q: At what point did you fully commit to next year's car?

Lowe: It's never a black and white point in any team in fact, it's a gradual migration. You never give up on the existing season, really, up until the very end. Even now, we're testing different ideas within this race weekend so it's always a migration, but we are in the high nineties per cent of effort on next year's car.

Q: Obviously you've announced that Felipe is definitely not continuing with the team next year so you are in the process of evaluating his replacement for next season; what are the next steps in that and when do you target making a final decision?

Lowe: We're very unlikely to make a decision in short order. We have a number of different options and we'll take our time with that and let you know when we have an answer.

Q: Hasegawa-san, coming to you, it was obviously a big surprise for everyone when the Honda engine didn't make a step forward from 2016 to 2017. What steps have you put in place to ensure that you don't have a repeat of that between now and the start of 2018 and how confident are you feeling?

Yusuke HASEGAWA: From last year to this year, we have completely changed the configuration concept of the engine. We tried to do a little bit too much, the modification, so that's why I have decided to keep the concept for next year, so that from a reliability point of view we are pretty much confident. So we need to squeeze more performance from the same concept of the engine, so that's what we are currently doing.

Q: And Franz, what have you picked up from the McLaren story this year with Honda that you want to avoid next year in your collaboration with them?

Franz TOST: I must say that we from the Toro Rosso side have to build the most competitive car. This is what we can do from our side. What happened in other teams and during the collaboration in the past is not our topic and what we will provide Honda with is hopefully a very close and fruitful co-operation on the operational side and once more our target is to come up with a competitive chassis because I'm convinced that Honda knows what they have to do and they are on a good path because we have already had a couple of meetings and I am more than sure that they will improve their performance next year and hopefully we have a good car and then I am sure that we will have a real competitive package.

Q: Back to you Hasegawa-san, obviously we saw a statement after the engine meeting last week on future direction of Formula One engines after 2020; can you give us Honda's reaction to that?

Hasegawa: Obviously we have started the discussion with the FIA so I don't think it's a good idea to say yes or no in this public situation but we are respecting the FIA's decision of course, that they are trying to create a good competition for the FIA for the Formula One. But we are thinking there is some room to modify so that we are trying to find the good solution, but obviously the cost reduction is very important and we are welcoming new manufacturers so from that point of view we would like to keep discussing with the FIA.

Q: Can we get a comment on that statement about the future engines from the two independent teams here, the customer teams? Frederic, why don't you us your thoughts first on what came out last week?

Frederic VASSEUR: For the private teams, for sure the regulations are much more on the end of the engine manufacturers. What concerns is that we want to have a fair price and close competition but I think they are the two targets that we have to reach. On the other hand, if we can improve the show a little bit, but that's coming much more from the fact that it will close up the grid a little bit than something else. It could be the only two targets for a private team.

Q: And Paddy, your reaction to the statement last week?

Lowe: Yeah, I think it's a first step and we recognize that discussions will continue with the existing manufacturers and potential new manufacturers. It's a difficult problem to solve, to be honest. There's a lot of objectives; some of them are contradictory but most of all we need solutions that are cost-effective, but also creating a great show so I think that was an initial step and we will wait to see how that may be refined.

Q: Back to you Franz: you've hinted that you will keep the same driver line-up for 2018 that you have currently; what needs to happen before you make that official?

Tost: It's a decision from Red Bull, in the end, and if both drivers continue in the way they are working with us, I'm quite convinced that they will be the driver line-up for Toro Rosso in 2018, but once more, this is a decision from Red Bull. Just coming back to the power unit discussion; the current power unit, as you all know, is far too complicated, doesn't contribute anything to the show and it's far too expensive and therefore I hope that FOM and the FIA will come up with a regulation that will simplify the power unit and to make it much cheaper for private teams like us.

Q: Frederic, back to you: another run for Charles Leclerc this morning; how's he progressing? When do you hope to confirm whether he will race for the team next season and is it likely to be Ericsson sitting alongside him? What can you tell us?

Vasseur: We will do the announcement, I hope, in Abu Dhabi. For sure we'll do it before Melbourne next year and that I won't postpone it each week. But I think Charles is doing a good job; the situation in FP1 is not an easy one because the first target is to avoid crashing and by the way that he's consistent and he always shows a strong pace and he's doing a good job.

Q: You're going to have a latest specification engine next season – obviously a big change from this year – that's obviously worth a lot in lap time terms. Can you give us an idea of what kind of step that is? And also, can you expect to make a similar step on the chassis side?