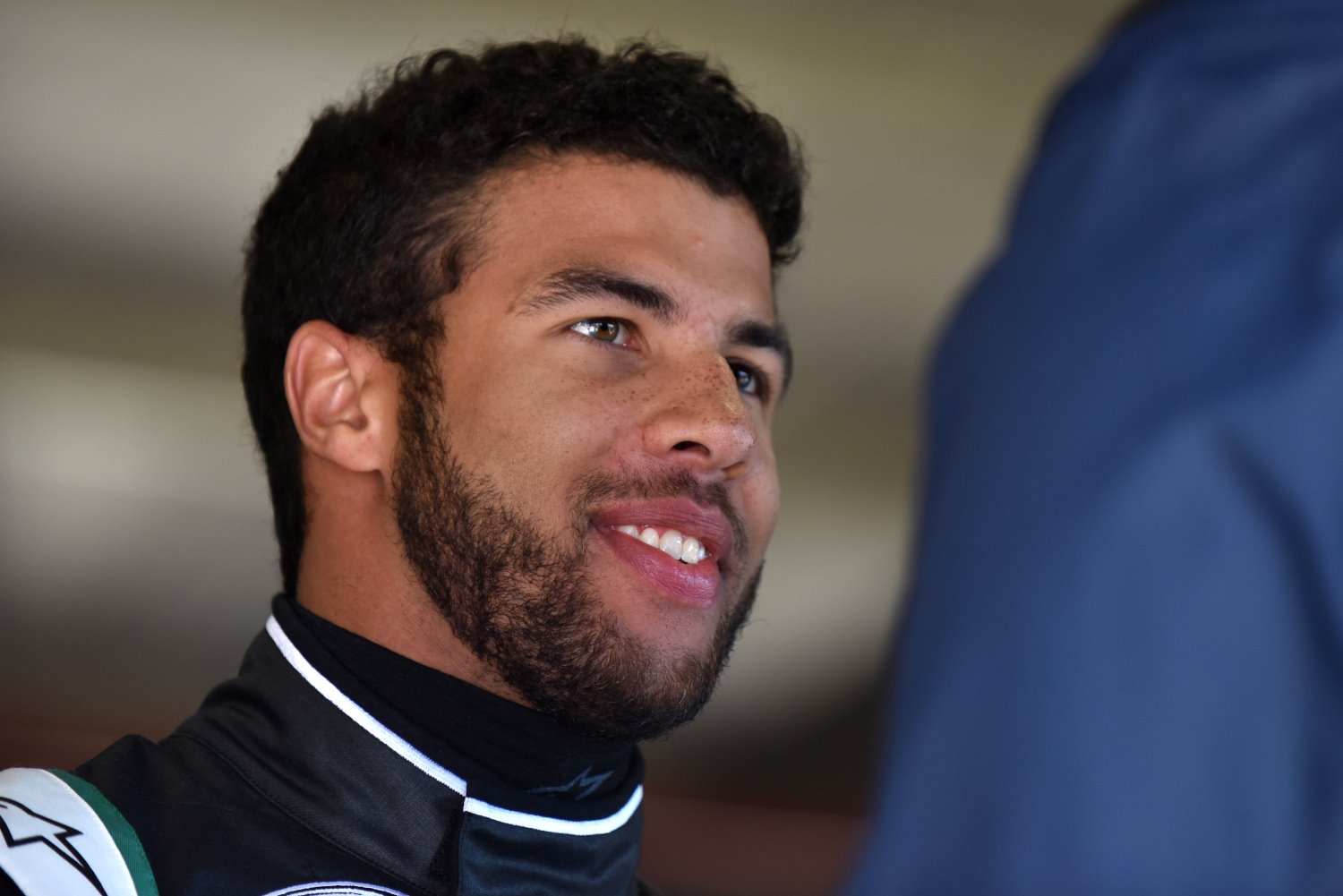 Below are quotes from Wallace, Petty and Blickensderfer regarding the day’s news, in addition to those of FOX NASCAR analyst Larry McReynolds from Tuesday’s NASCAR RACE HUB concerning the 2017 season and the playoffs.

Does the recent success of 20-something drivers add pressure to you next year?

Wallace: “I don’t see it as pressure. I just see it as the ‘old days’ for us because it’s all of our buddies that are all racing together at the pinnacle level of our sport in NASCAR. It’s going to be fun for sure. (Kyle) Larson – we raced against each other some, but Chase (Elliott), Ryan (Blaney), Ty (Dillon), Austin (Dillon), Corey LaJoie – we all raced against each other since we were kids. Now I can finally say I’m up there with the big dogs. It’s pretty cool, although I’m bigger than most of them (laughing)."

What has today been like given the support you are getting right now?

Wallace: “It’s really cool. When you have people reach out and show they’re pulling for you and they’re in your corner, it’s really special to have that because you don’t see that on a normal-day basis. It’s not every day you’re getting 150 text messages of congratulations …"

You have a young, talented driver signed fulltime in the No. 43 next year. How important is that to you?

Petty: “It’s very, very important. I think the face of NASCAR is changing a whole lot right now. You’re getting a lot of new drivers coming in and this happens every 10 or 12 years, where you went through the Petty, Pearson operation, the Earnhardt deal, Jimmie Johnson, Jeff Gordon … they kind of led the crowd. So, now they’re looking for a new leader. We feel like we may have found one. We’re looking really forward to this."

Why can Wallace be that leader?

Petty: “He drove four races when Aric (Almirola) got hurt and improved every race. He fit in with the team really good. You would think he had been there a year, talking to all the guys, because he got to know everybody, they got to know him. It was just a magic deal that came together."

What kind of expectations do you put on a rookie?

[adinserter name="GOOGLE AD"]Petty: “If he does what he did for the four races (earlier in 2017) with us, then he’s going to be the rookie of the year for sure. It’s kind of a deal where he knows he has to learn because a lot of these race tracks he has not been to, especially he hasn’t been to in a Cup car. So, he’s in a learning process. We’re in a learning process. We feel like we can have a really, really good year with him. We’re going to have a lot of competition as far as running for rookie of the year, but we’re not going to worry about that. We’re going to say, ‘You’re a professional. You’ve been here a long time. Forget about the rookie part. Just go do your job.’"

What did you wish you had done differently earlier in the year when the NASCAR XFINITY Series ride was coming to an end?

Wallace: “There were plenty of races when it was right in front of us but we overstepped a little bit, and that’s one of the things I wish I hadn’t done. Going back to Dover this year, we made the wrong call. We looked at the smaller picture instead of the bigger picture. Then at Charlotte, we were really good and I let a pit stop get to me and got in the fence and we were 20th instead of … we should have been top-five."

What has bringing Wallace on board done to energize the RPM shop?

Blickensderfer: “You saw it about 30 minutes into practice at Pocono. We had digital radios on and he was out on the track, everybody on the team was calling back on the digital radio, calling back to me on top of the truck, ‘We like this.’ I was like, ‘Well, we haven’t even run a lap yet. Calm down. Let’s see if the kid gets around to the start/finish line first. He has to shift twice and brake three times.’ They liked the confidence he had and how he was surrounding himself with the team and wanted to be a part of them. He’s eager to learn yet he has a confidence about him that we all enjoy."

On the biggest surprise in the Round of 12:

On whether Kyle Busch or Martin Truex Jr. are the favorite for the title now:

“That’s tough because these two drivers and teams have won nearly one-third of the races this season, including five of the six playoff races. For Martinsville and Phoenix, you tip the scale toward Kyle Busch, but you know that middle race in this round is a mile-and-a-half track (Texas), and you know who you’ll be looking for at that track (Truex Jr.)."

On whether Kyle Larson could play spoiler as the season winds down:

“Kyle Larson will be a man on a mission, guaranteed. No one gets around Homestead-Miami Speedway better than Larson. There are a lot of guys who are glad he is out of the playoffs."

On the championship-ending penalty suffered by Matt Kenseth and the No. 20 team at Kansas:

“Ever since the vehicle-damage policy went into effect before the 2017 season started, this has been a black-and-white rule. I’m proud that NASCAR is sticking to their guns. But this happened earlier this year but fell under the radar because it didn’t involve major teams. Go back to Talladega – the 7 car of Justin Marks and the 55 car of DJ Kennington – the same rule violation, the same penalty. Too many men over the wall working on a wrecked race car. NASCAR has been consistent, but that just fell below the radar because we’re in the middle of the playoffs."

On whether the No. 48 will win in the next three races to advance to the final round:

“All I can do is look at ‘what have you done for me lately.’ He won three races in the first 13 of this year, but since the Dover win, he’s had only one top-five finish. He has good tracks coming up, but they are not showing strength lately. They are very lucky to have advanced. You don’t spin out twice at Kansas without being lucky."

On where Jimmie Johnson ranks in the Round of 8:

“Johnson ranks eighth. It’s the facts. Even their qualifying is off. And that’s what gets them in trouble and keeps them from getting stage points. I’d put them last. It would be awesome to see him win an eighth championship, but I don’t think they’re in the position to do that right now."

On the benefits of having a teammate in the playoffs:

“I still believe there is strength in numbers, and I’m sure it’s good for an owner like Joe Gibbs, who had two drivers in the Championship 4 last year. But when it comes to the Championship 4, I’d prefer to be myself and not competing against a teammate. I get a little concerned that guys get caught up in outrunning their teammates and don’t pay enough attention to the other two drivers. Maybe the perfect scenario is having a teammate up through the Round of 8, but when you get down to the end, it’s better to be on an island by yourself without a teammate."

On the recent performance of Ryan Blaney:

“Blaney has something going on in that No. 21 car. I don’t think anyone expected him to make it this far in the playoffs. Back in the spring at Texas, he won the first two stages and led nearly 150 laps. Texas could be his track in a couple of weeks."