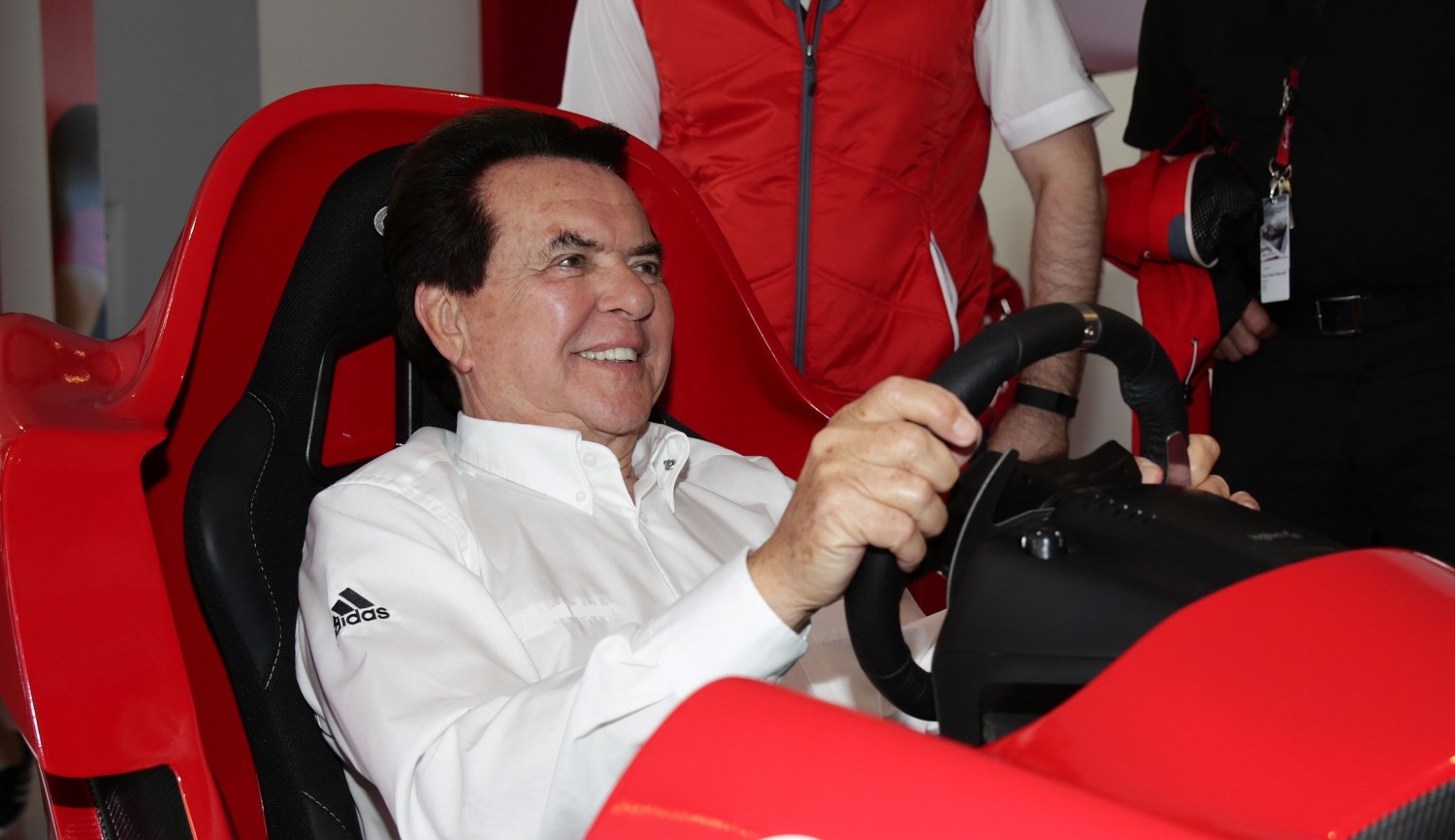 Reinhold Joest is a soft-spoken man who shuns the spotlight and rarely grants interviews. But there’s no avoiding the spotlight that has shone on the race team he founded, Joest Racing. The team will do battle as Mazda Team Joest in the IMSA WeatherTech SportsCar Championship in 2018 with the Mazda RT24-P prototype under Daytona Prototype international (DPi) rules.

Joest created the team in 1978 after a highly successful driving career that began in 1962. His team has achieved an unmatched record of endurance racing championships and Le Mans race wins. After stints as the factory team for Porsche and Opel, Joest dominated the sport as the factory Audi team since 1999.

“My own experience is many years long," explained Joest, when asked what has made his team consistently victorious over more than four decades. “When I have other drivers and they try to make up a story, I say, ‘No way! I know everything that you’re talking about!’ This was a key, I think. The second key was the preparation of the car, the engine, the gearbox, and aerodynamics. We were always very good."

Audi abruptly withdrew from endurance racing at the end of the 2016 season, primarily due to troubles for parent company Volkswagen. With the crushing disappointment of the unexpected bombshell, Joest committed to go all-out in the final races to close the chapter properly.

“The only choice was we push to the end with all our power," said the impeccably dressed Joest in his sun-drenched office at the team headquarters in Wald-Michelbach, Germany. “Not by doing things a different way. You can’t say you’ll finish by spending nothing, no extra hours, no nothing. We did our job to the end. And the result was winning the last race in Bahrain. I was happy."

The end of that era led to the start of a new one with Mazda, but only after deep consideration.

[adinserter name="GOOGLE AD"]“[Do we] close the doors completely? I’m old enough now," Joest said, explaining his thoughts soon after the season. “But then, I had difficult nights. I couldn't sleep. That meant I can never stop. Never stop your life, your story. I need this. I like this."

Within weeks, the team received offers, but Joest didn’t feel comfortable with them despite large sums of money being proffered. At the last moment, it was decided that Joest team director Ralf JÃ¼ttner would make a trip to Daytona for the 2017 Rolex 24 Hours.

“We had some meetings with the officials there in Daytona and asked ‘what is the future, what is new? And what is the chance we could jump in?,’" said Joest. “I like the USA and IMSA because we did a lot of races there in past years… Maybe this was a focus for the future to think about."

As Juttner sat in a corporate hospitality area on the morning of the 24-hour race, he was approached about taking a meeting with Mazda Motorsports executives John Doonan and Jim Bowie, who were looking to align with a top team in 2018. While the pre-race ceremonies took place, the trio met in secret.

“Ralf was very happy after the meeting," Joest said. “He said, ‘I have a feeling this person [Doonan] is nice and serious.’ We had a meeting here [at Joest headquarters], and then another in Chicago [at Mazda’s Midwest Region office]. And then it was finished. This is always a good sign."

As a sign of deep loyalty and confidence, Joest had retained a high percentage of employees despite not racing in 2017. Even some who did depart, such as engineer Jason Taylor (who joined Ed Carpenter Racing in the Verizon IndyCar Series), have returned to reassume their key roles with Mazda Team Joest.

Mazda Team Joest has begun testing for the 2018 season, which kicks off with the Rolex 24 at Daytona in late January. The team will soon have new U.S. headquarters in the Atlanta area, and has an aggressive schedule of off-season testing to develop an improved Mazda chassis.

Joest promises that his team’s meticulous preparation and unrelenting drive will continue with the Mazda RT24-P prototype.

“We have a lot of experience, and we bring that in for free. Now, we look for winning," Joest said. “This is our sole focus. I said to Mr. Doonan, ‘we are not a hobby driver team. We want to see results.’"