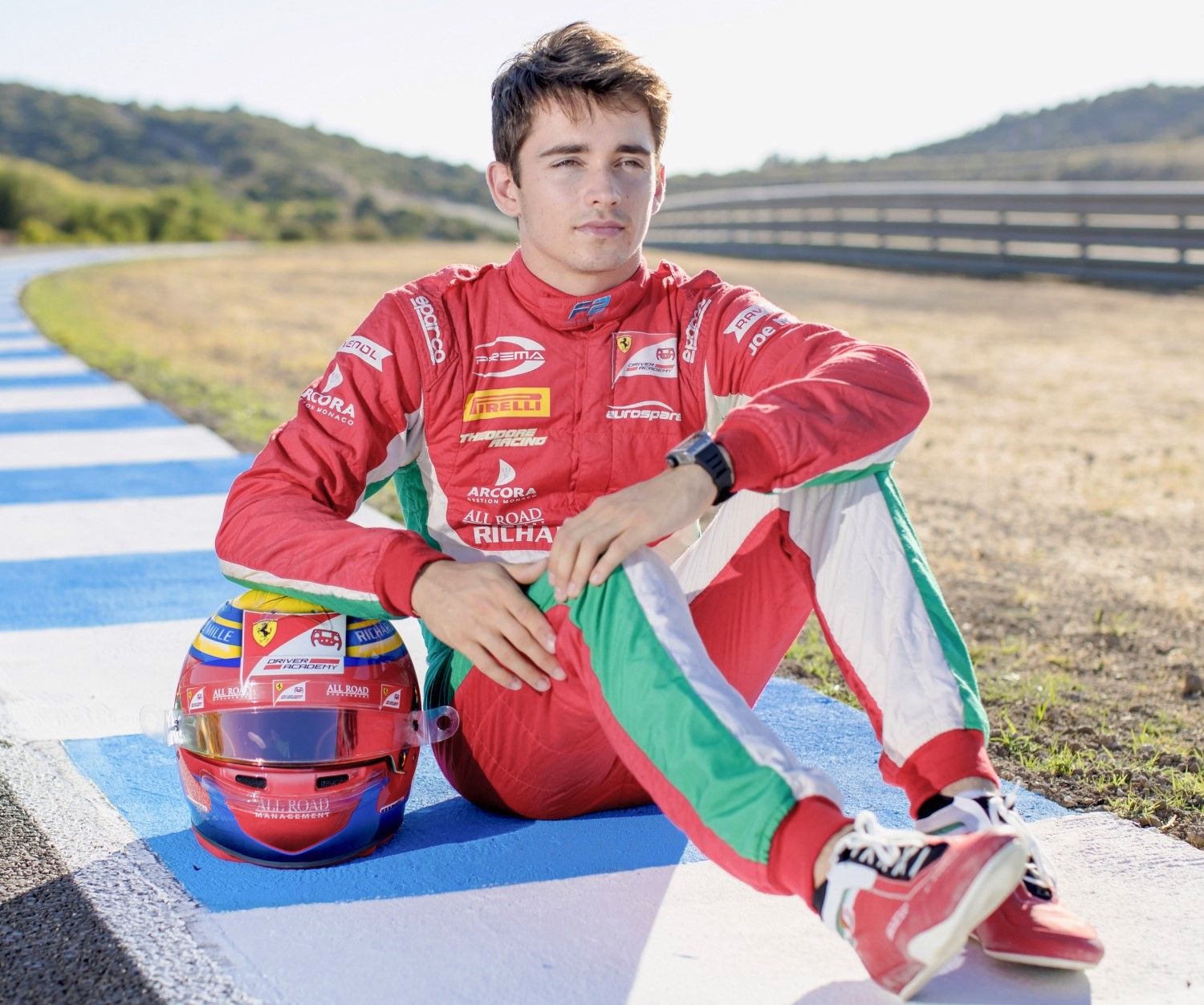 Charles Leclerc – FIA Formula 2 Champion. How does that sound?
It feels amazing! We’ve had a great season overall, and on the performance side we have always been very, very quick, and the only low on the performance side was the qualy in Monza and that was my fault because I wasn’t good enough in that session. But apart from that I think we have always been on top and this feels really great. Obviously I’ve had some lows during the season, a few on the racing side but most of all on the personal side obviously, after losing my father. Winning the championship is an amazing way for me to honor him, and actually I would like to dedicate this title for him. I would prefer to not dedicate any other titles in the future. Last year I dedicated to Jules [Bianchi], this year to my father, so hopefully next year I don’t, well, next year maybe it might be a bit more difficult [to win a title], but hopefully I don’t need to dedicate any other titles.

How important has your relationship with the Prema team been?
Obviously it’s very important to be in the right team. It’s always something that makes you win the championship – I think we’ve had a really good year, we have worked very hard from winter testing and we focused on ourselves. Winter testing wasn’t how we wanted it to be, we didn’t feel we were quick enough, but then coming to the first race I did quite a step and they did quite a step also and we were very quick from then on. So yeah, it has been an amazing season, there are still three races to go where we need to perform at our best, but it has been a pleasure to work with them.

How difficult was the fight with Oliver Rowland and Artem Markelov? You haven’t had anyone very close for the last few races but you’ve always seemed to be battling Oliver – what’s that been like from your point of view?
From my point of view as I always have done in recent years I focused a lot on myself and on my car and that’s it. To be honest, the competition you always feel it, but I was looking at myself and trying to do the best results all the time. Today is probably the first time I felt that I absolutely had to stay in front of Oliver and yeah, it feels good to win the championship.

[adinserter name="GOOGLE AD"]When did you believe this title was possible?
I think in Barcelona after race one. In Bahrain the qualy, it was a bit unsure whether we had been lucky or if we were very quick because there was a red flag at the wrong moment for the others and everything, so it was a bit difficult to judge, and then in race one it wasn’t really positive because I struggled in managing the tires and I knew that in F2 obviously tyre management is a very big part of the championship. In race two we won but we did a completely different strategy than the others, so again it was not like we knew we would be on top at the next race. Then arriving to Barcelona it became clear that we had the pace to win the championship and that if we were doing the job correctly we had good chances to win the championship. I had the pole and we won race one in Barcelona without any luck, so yeah it was at that moment that I understood that we had the potential to win the championship.

On the racing side of things, what was the highlight and the lowlight of the season from your point of view?
Well the highlight was I would say Baku on the racing side, also given the circumstances to have had two great results like this has been an amazing achievement from the team and I, and I think after that on the low side, there have been quite a bit of lows this year actually: probably in terms of disappointment I would say in Monaco, because obviously I was at home and not to finish the race was definitely heart-breaking.

What is this win going to mean to the team and the people behind you?
Well I mean it’s always amazing to win any championship. I think it’s the result of a lot of dedication from all the teams and all the guys that are working here. Obviously my mechanics, the engineers the team managers and everyone around, it’s a result of this. I’m very, very happy with them, they couldn’t have done any better job this year: they have given me the best car out there. As I said there have been quite a few lows but to be honest I think that when you want to be the best with the car you need to be on the limit with everything and I completely understood that, so I think they couldn’t do any better and I can’t thank them enough this year.

Finally, what are your plans for next year Charles?
Well actually now I will call my manager because they didn’t want to tell me anything before winning the championship so I will call him just after to know a bit more now!