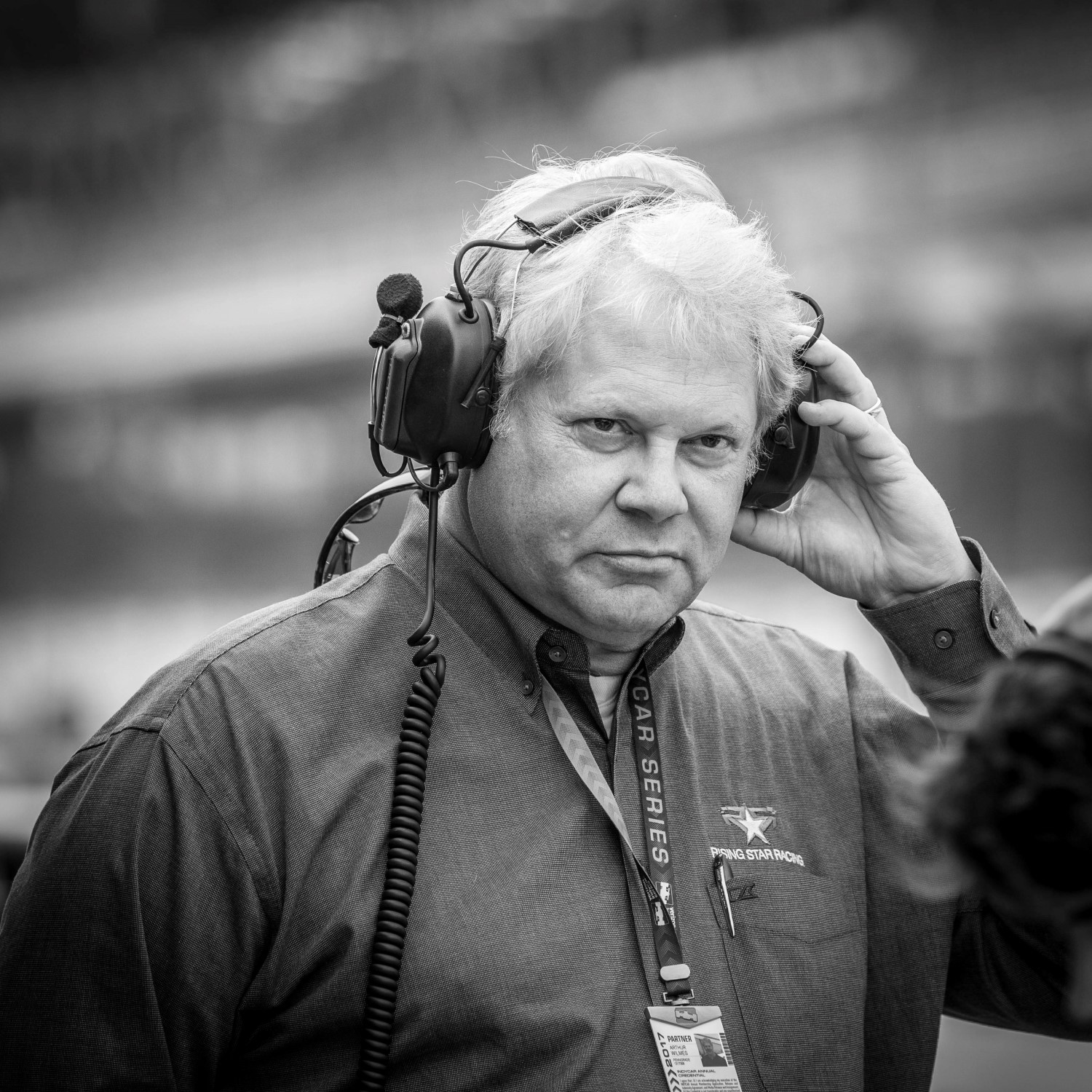 You may or may not be familiar with Indianapolis-based driver representation firm Rising Star Racing. Founded four years ago by longtime Indianapolis consulting actuary Art Wilmes, RSR currently counts amongst its clients IndyCar drivers Josef Newgarden and Spencer Pigot, and Mazda Road to Indy drivers Neil Alberico and Oliver Askew. During the recent IndyCar race weekend at Mid-Ohio, AutoRacing1 had the pleasure of spending some time with Wilmes and talking about the unique mission he has embarked on with RSR.

A graduate of Ball State, Wilmes became a race fan about 4 decades ago, when he journeyed to his first Indianapolis 500. “I’ll admit, it was girls and beer that got me there," says Wilmes about his initial trip to the Speedway. Nonetheless, “when I got there I thought ‘this is the most amazing thing I’ve ever seen’ and that’s how I became a fan."

Wilmes would remain a fan for three-plus decades, but a few years ago, began to consider how he could parlay his skills and sales experience into racing. In particular, he notes the “frustration," he was witnessing with many young drivers not being able to climb the ladder.

“For young drivers moving through the ranks, unfortunately, the better you are the more money you need," says Wilmes citing the situation of drivers that have success in the lower ranks then needing money to continue progressing. Further, adding to Wilmes’ frustration was the fact there was really “no program to support these drivers" in place.

To longtime followers of the sport, this issues of money determining who advances through the ranks often at the expense of talented drivers losing their chance at the big time due to lack of funds is nothing new. What is new is someone doing something to address it. This is where Wilmes comes in.

“The whole idea of racing and starting a racing business is what I want to transition to in retirement," noted Wilmes who turns 60 in December. "I like talent, and trying to help talent succeed, and so that was the point. We wanted to find people who were exceptional in their skill, and they needed the money, and let's try to work this out."

And how does Wilmes try to make it work with a prospective sponsor?

"I spend a lot of time researching the company, trying to understand what's their strategy, whether it be products or whatever. Then I try to see if there's a connection within the sphere of people I know.

“When I put a proposal together for somebody, 75-80% of the time it's like racing is incidental to it, because the business strategy I'm putting out there is what's going to have to sell it….I have to present a vision of where they can go, and how racing fits into that."

Key to Wilmes having a successful pitch with a company is the driver he is pitching. The driver has to fit with the company’s marketing plan beyond mere success on the track, and Wilmes is pretty selective about who he will partner with.

“We don't want any of our guys getting in any trouble whatsoever; we need to eliminate that risk factor as much as possible."

Given that RSR is growing and adding to its pipeline of drivers, I asked Wilmes if an inevitable outcome would be that he starts his own racing team.

"People have asked me about that, and I've already been asked to be part of ownership with existing teams.

“In some respects it's almost a conflict of interests," says Wilmes about team-ownership and his current business. Also," I started looking at the budgets and all the hassle, and realizing I don't know anything about how to run a race team. I then thought I know how to sell, so let me focus on that. So, to answer your question: I doubt it."

Plus, “I like the mentoring concept… Really, the way I look at it is I have all the advantages of being an owner without being an owner. I wanted to work directly with the driver and help them control their destiny."

And speaking of helping drivers control their destiny, Wilmes offered some insights on his current clients, starting with Newgarden.

"He was already a paid IndyCar driver when we signed him. It was more of a personal services agreement, with Josef to represent us. So, he gave us legitimacy, and he's really giving us a lot of legitimacy now. I don't have any advice to give him, and I just try to stay out of his way."

As for Pigot, "I think Spencer will land a full-time ride in IndyCar next year on his talent. He still struggles with qualifying…but I'm comfortable he's going to make that next step, and hopefully with (Ed) Carpenter Racing; I think it is the perfect place for him."

I then asked whether a third year of Indy Lights was possible for Neil Alberico, who has had something of a disappointing season and sits 8th in the points.

"It's a possibility. You always wonder whether a change of scenery makes a difference. Maybe, you wonder whether the car doesn't suit him as much but an IndyCar would."

Wilmes then offered another possibility for Alberico drawing a parallel with reigning IndyCar champion Simon Pagenaud. “I wonder if the Pagenaud route (going into sports cars) might make sense. Get paid, increase your value and see if you can come back. My question is if you want to be a driver, you got to be a driver in some way or the other."

Last, RSR’s fourth client Oliver Askew joined the company in May. You can read more about Askew’s journey here, but as things stand now the short-term goals for Askew are pretty simple: win the U.S. F2000 championship and take the next step on the Mazda Road to Indy Ladder.

I also asked Wilmes if he had any thoughts about the current climate of the sport, particularly what he thought IndyCar needed to grow.

“The reality is it takes money, and the missing element right now is money. If you go back to what everyone thinks were the golden years of CART; tobacco, liquor, the popularity was driven by the sponsors promoting it, giving away tickets, and the TV interest was there because they pushed it.

“I don’t think you’re going to get back to it until you get more money in the sport. You look at NASCAR; even though it’s on the decline, NASCAR has a big fat TV contract, and that will pay the bills for a while, and cover losses in viewership.

“Long-term, everyone talks about the millennial – short attention span all that stuff – IndyCar fits into that, but you have add some cool factors so to speak. And IndyCar unfortunately will struggle with that because it all takes money; you got to invest in this thing or you have to find somebody who is willing to invest…but the bottom line is money."

As for RSR, Wilmes admits he is still learning the ropes of the racing business. "I'm still maturing in trying to understand how to market to sponsors, but my long-term success is going to be geared on my ability to sell."

While we will all see what the future holds, Wilmes is to be commended on his unique mission with Rising Star Racing. I wish him the best.

Brian Carroccio is a senior columnist with Autoracing1. He can be contacted at BrianC@AutoRacing1.com.