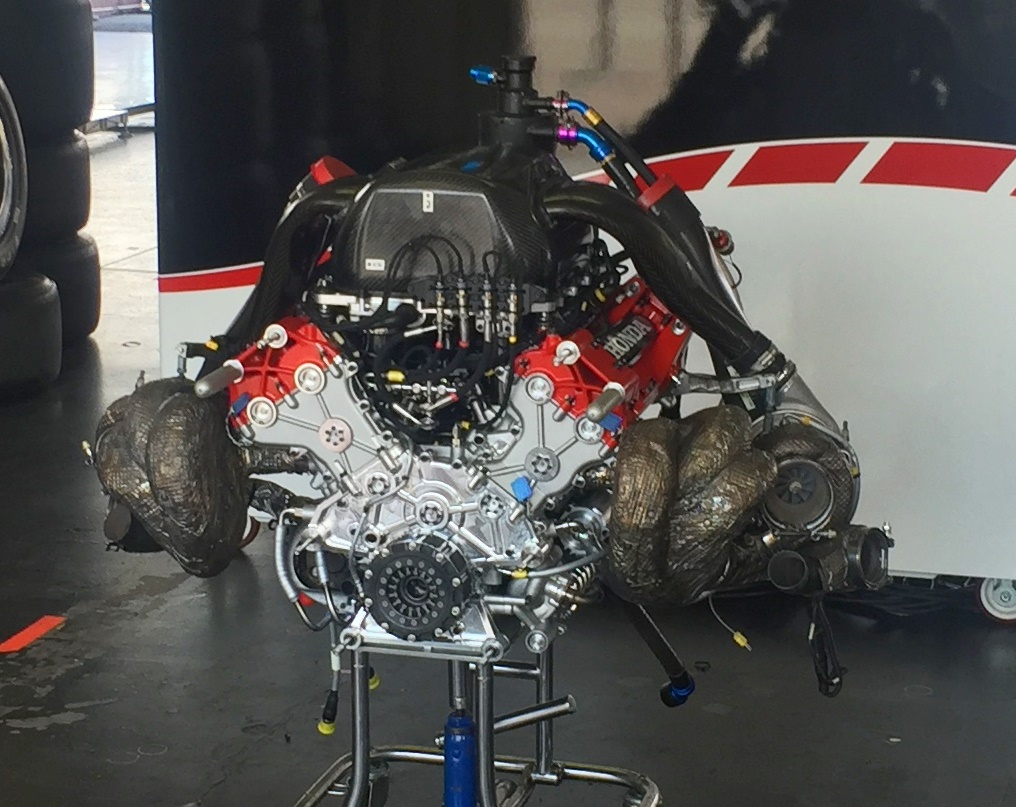 It is becoming increasingly evident that IndyCar has some very hard decisions to make with regard to its future engine formula.

In the early days of the sport the engines had little relevance to passenger car engines, but the Offenhauser and Cosworth engines were the last of a dying breed.

For the past 20 to 30 years car manufacturers (OEMs) have become involved with the sport in a big way.

When companies like Toyota, Honda, Ford, and even Mercedes entered the sport, things changed, and not always for the better. They built better engines, which was good, and they also injected much needed money into the paddock in the way of team incentives, TV ad buys, track signage, race title sponsor – the list goes on.

Everything seemed right with the world…..except the cost to go racing skyrocketed to unprecedented levels.

And a lot of the money came from the R&D side of the house which justified them spending huge sums of money in the sport. Not only was their participation used to train engineers, but also to develop better engine technology that could be moved over to the passenger side of their business – their bread and butter. And win on Sunday, sell on Monday still does have some relevance from a marketing standpoint.

A consequence of manufacturers spending all that money in the series is their ability to dictate what the engine formulas would be so the engines they race have some relevance to their passenger car engines.

I doubt there really is that much relevance but at least it’s a way to sell the proposal to go racing to the company board so they would fund the program.

Over the years some really fantastic race engines have been produced by the manufacturers – internal combustion race engines that sounded really fantastic. Who can forget the screaming F1 engine days, or the days when Ford, Mercedes, Toyota, Honda and even Porsche were fighting it out in CART with turbo engines turning in the neighborhood of 16,000 screaming RPM.

But all that is about to change.

[adinserter name="GOOGLE AD"]Passenger cars are going electric. The magical days of the internal combustion engine will soon be over.

Manufacturers are all heading over to Formula E with their big R&D budgets because that is where the future of the passenger car is headed and Formula E has some real relevance to electric passenger cars – how to get max power and max battery longevity – It is a real engineering challenge.

And it's two areas that are attracting huge R&D money today.

But where does that leave series like IndyCar, F1, NASCAR and WEC?

Do they too go all-electric to ensure relevance to passenger cars with the hope that some of the manufacturers R&D money will flow their way? Certainly having a great sounding internal combustion race engine will have zero relevance to the passenger car business.

And hence the dilemma

No one can argue that watching electric cars race is exciting. They are not.

While we here at AR1.com are huge proponents of electric passenger cars, we are not in favor of them for the race track.

Without the sound to excite your senses, Formula E is very boring and fans will not attend races on a regular basis to watch quiet race cars. They might show up once for the novelty.

So that leads us to ask the question – is there a workable financial model by which a top-level racing series can be profitable without huge money from the auto manufacturers?

If there is, then a race series like IndyCar can build and race super exciting race cars that have almost zero relevance to a passenger car.

If there isn't, the mandate will continue to be “if you want our money than your engine and battery technology must be relevant to our R&D."

There is not a single person I know in motorsports, and I know thousands, and not a single fan in the world, who did not love the screaming F1 engines of the 90s and early 2000s.

They took your breath away.

They made the hair stand up on the back of your neck.

They made fans beg for more.

Now they are gone and F1 has switched to boring hybrid engines that fans hate.

So here is IndyCar’s chance to win over new fans.

Forget going electric. IndyCar should be the counterpoint — pure racing, man and machine, a competition of the best drivers in the world with screaming internal combustion engines.

Switch to standard screaming normally aspirated V8 engines produced by a Cosworth or Ilmor, turning at least 16,000 RPM and I guarantee you IndyCar’s fan base will double in one year.

I guarantee you IndyCar’s TV ratings will double in one year.

And in year 2 both will double again.

It would be a real Coup de Grace for IndyCar.

And at that point sponsors will be flooding back into the paddock in a big way and IndyCar and its teams won’t miss that OEM R&D money one bit.

In fact I will go out on a limb and predict that when the grandstands are full, TV ratings skyrocketing, and fan interest through the roof, OEMs will come to IndyCar begging to badge that screaming engine.

The question is whether IndyCar has the foresight to understand that feeding from the OEM trough is not the future.

Watch the video below. I dare anyone to tell me I'm wrong!