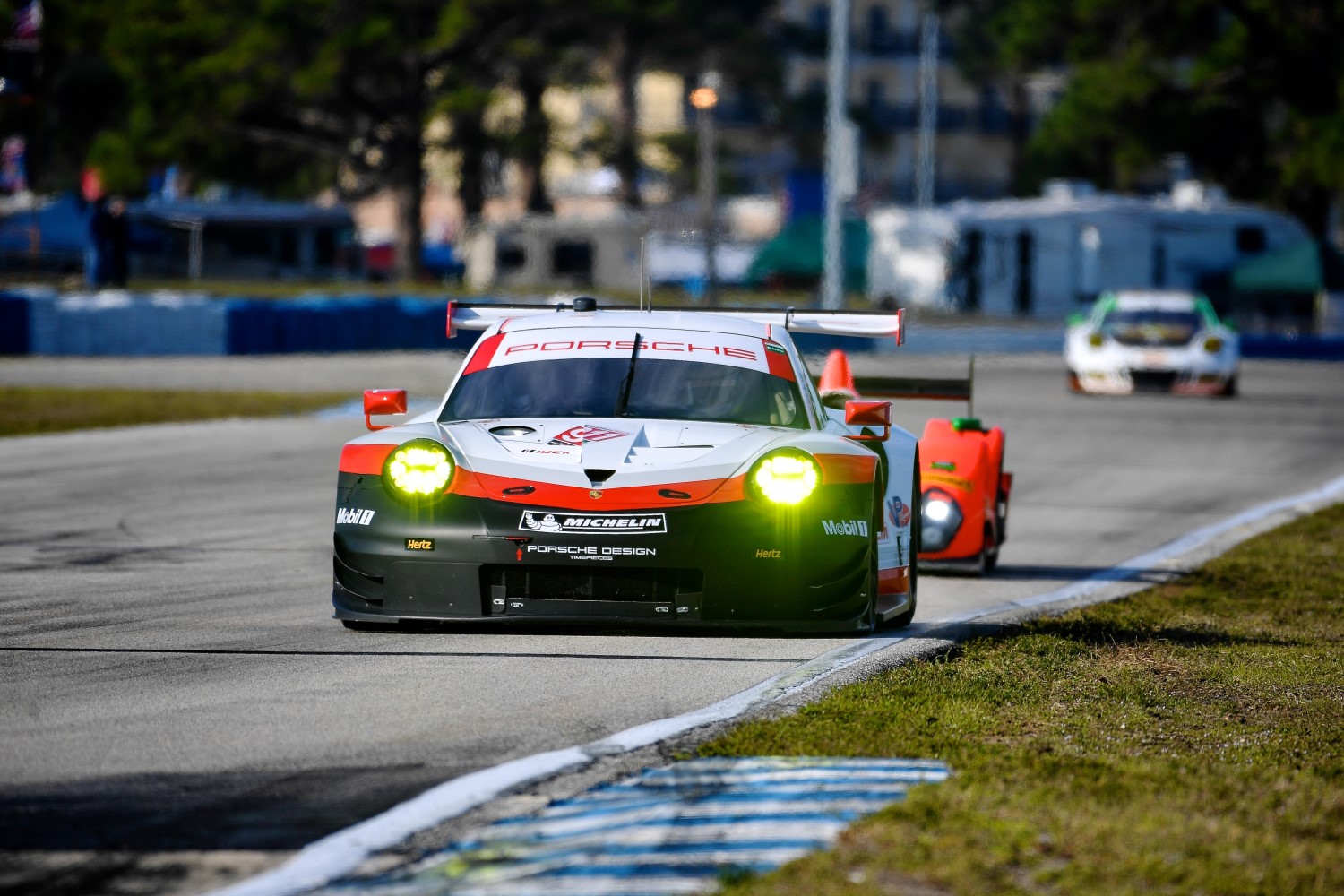 DAYTONA BEACH, Fla. – For the first two days of the IMSA WeatherTech SportsCar Championship weekend at Canadian Tire Motorsport Park on July 7-9, the Porsche GT Team established itself as the team to beat in the GT Le Mans (GTLM) class.

The team’s pair of Porsche 911 RSR race cars – which were brand new at the start of the season and now feature a configuration that puts the engine in front of the rear axle – went 1-2 in both practice sessions that Friday and Dirk Werner led the third practice and qualified on pole in the team’s No. 911 entry on Saturday.

Werner’s pole was the team’s first with the new car and the first overall since Nick Tandy qualified on pole for the 2016 Rolex 24 At Daytona. With Laurens Vanthoor qualifying the identical No. 912 RSR third, the stage was set for a banner weekend for the Porsche GT Team. All it had to do was hold off the rest of the GTLM field for two hours and 40 minutes on Sunday afternoon to put a bow on a fantastic weekend.

Unfortunately, that plan went out the window on Sunday. While both cars ran inside the top four during the first 40 minutes, Gianmaria Bruni – competing in just his second race since joining the team – had to make an unscheduled pit stop for a new tire shortly after taking over the No. 912 from Vanthoor, effectively ending that car’s hopes for victory.

Patrick Pilet, meanwhile, led for 10 laps in the No. 911 he shares with Werner and was poised for at least a podium result when a mechanical failure took him out with only nine minutes left in the race.

This Saturday represents the team’s first shot at redemption, as the WeatherTech Championship heads for the 1.5-mile New England bullring known as Lime Rock Park in Lakeville, Connecticut for the two-hour, 40-minute Northeast Grand Prix. The race will be televised live at 3 p.m. ET on FS2 and FOX Sports GO with FS2 authentication, with live coverage also available via IMSA Radio on IMSA.com, RadioLeMans.com and SiriusXM Radio.

[adinserter name="GOOGLE AD"]It's also the first of two 2017 WeatherTech Championship races in which the GTLM class headlines a two-class race with the GT Daytona (GTD) class, meaning the GTLM cars will race for an overall win.

Porsche definitely knows what it takes to win overall, having done so in a rain-shortened Petit Le Mans at Road Atlanta and also at VIRginia International Raceway in 2015. That history, coupled with their recent strong performance in Canada, has Porsche leadership thinking big heading into the weekend.

“This is the third race this month after Watkins Glen and Bowmanville (CTMP)," said Dr. Frank-Steffen Walliser, vice president of Motorsport and GT cars for Porsche. “With such a schedule, there’s not a lot of time to catch our breath, but after our strong performance in Canada, which unfortunately went unrewarded despite setting pole and the fastest race lap, the drivers and teams can hardly wait to continue.

“In Bowmanville, the maiden victory for our new 911 RSR was within reach. Now, we’ll do everything at Lime Rock Park to bring it home."

Pilet, who is the only one of the team’s four drivers that raced the previous generation 911 RSR at Lime Rock, is optimistic heading into the Northeast Grand Prix.

“It’s short and tight and that makes it special," said Pilet of the track layout. “This is the only track where we turn 70 laps in one stint. That’s unusual.

“Most of the time, the cars are bunched up very close together and this treats fans to some gripping duels in every lap. I’m sure that this racetrack will suit our new 911 RSR very well."

Among the other three drivers in the lineup, Werner raced a BMW at Lime Rock last year, Vanthoor never has raced there, and Bruni’s Lime Rock experience is limited and came a long time ago.

“The last time I raced here was in 2010," Bruni said. “I drove one of the practices and that was all. My teammate drove the second practice and the qualifying – and destroyed our car in the first race lap.

“Apart from that, I like the New England states. I’m very much looking forward to the race and the special atmosphere of this racetrack in the middle of the countryside. Of course, I’m hoping that I’ll have more luck this time than I did in 2010."

Practice and qualifying for the Northeast Grand Prix are on tap for Friday, July 21, with the race slated for 3 p.m. ET Saturday, July 22. Also on this weekend’s card are the IMSA Continental Tire SportsCar Challenge, which will feature a two-hour race Saturday morning, and the IMSA Prototype Challenge Presented by Mazda, which will have a single, 45-minute race on Saturday afternoon.