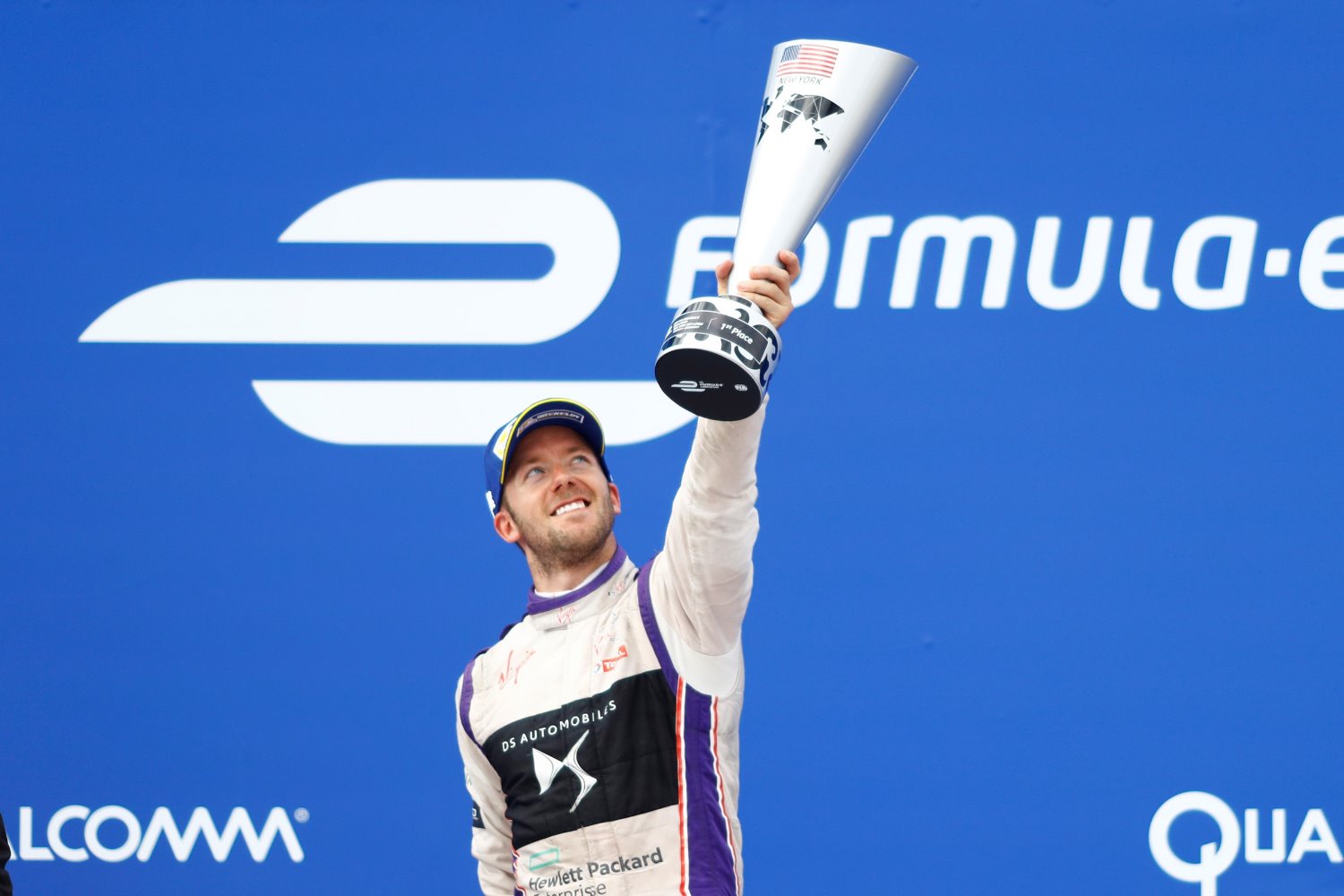 The DS Virgin Racing driver had to work hard for his win. His rookie team-mate Alex Lynn scored a stunning pole position on his debut, while fellow front row starter Daniel Abt of ABT Schaeffler Audi Sport both had to be overcome before the Brit could lead the race.

Once he worked his way into the lead, Bird pulled out a comfortable advantage, which meant he was able to re-join still in top spot following his mandatory mid-race car change. However, he could not afford to relax in the closing stages.

[adinserter name="GOOGLE AD"]When a broken driveshaft caused Nick Heidfeld to stop at the side of the road, the Qualcomm Safety Car was deployed and Bird’s lead over the TECHEETAH of Jean-Eric Vergne was neutralised.

This left just two nerve-wracking laps for Bird to endure before he could etch his name into motor racing history. But he timed his restart to perfection and gave Vergne no opportunity to deny him the landmark win.

“It was incredible!" he said. “Firstly, it’s incredible that we’re here and congratulations to everyone at Formula E for putting this event on, I can imagine how difficult it was, but it’s been an amazing week so far. We had pretty good speed today. We learned a lot from Berlin and that was a real turning point for us, it may not have looked like it at the time, but I think we demonstrated that this weekend. Also hats off to my team-mate this weekend Alex Lynn, who did a scintillating job in Super Pole to take pole position."

After a battling first part of the race, Vergne was able to stay out for a lap longer than most of his rivals before making a car switch. This allowed him to move into second place during the pitstops and even though he couldn’t quite get close enough to put pressure on Bird, with his new TECHEETAH team-mate Stephane Sarrazin in third, Vergne was very pleased with his day’s work.

“As a team, we’ve worked really hard this season and finally it’s our first double podium with my team-mate and that’s what I feel most happy about. As for myself I believe the start cost me the win. It was extremely dirty off-line and everybody who started on the left-hand side lost a position. I had a pretty safe beginning of the race, I lost a couple of positions, which I knew we would get back again, and that’s what I did and I finished the first stint in second position. I pushed hard to save more energy than this guy [Bird], but he didn’t make any mistakes and he deserved the win."

Sarrazin started the race in 11th, but was the man on the move during the first half of the race, fighting his way up to fifth before the stops and then gaining a further position to run fourth going onto the final lap. When Daniel Abt overshot the hairpin following an issue with his car, Sarrazin dived through to record only his second podium in Formula E – the previous one coming in Long Beach in season two.

“I feel very good, it’s a great day for us at TECHEETAH. I made a small mistake in qualifying which meant I started from P11, but I knew I had a good car for the race and I started to overtake, and then I got a bit lucky on the last lap with Abt going straight on."

With championship leader Sebastien Buemi absent, the race was an opportunity for Lucas di Grassi to close the gap in the title fight. Ahead of the race the ABT Schaeffler driver was 32 points in arrears, but starting 10th on the grid he would have to work hard to make significant inroads into that deficit.

He actually lost a place at the start, but then gradually worked his way up the order, and also took full advantage of Abt’s issue to slot into fourth place. This earned him 12 points, slicing the gap to Buemi down to 20 points.

The Brooklyn track created some thrilling racing including plenty of overtaking and meant that no matter where drivers qualified a good result was still possible. From 12th on the grid Loic Duval scored his best result of the season for Faraday Future Dragon Racing in fifth, while sixth went to Oliver Turvey of NextEV NIO.

On his series debut, Pierre Gasly – who was standing in for Buemi at Renault e.dams – recovered from a mistake in qualifying that left him 19th on the grid to fight his way up to seventh place, one place ahead of his team-mate Nico Prost.

Robin Frijns gave Andretti something to cheer at its home race by taking ninth, while Adam Carroll finished in the top-10 for only the second time in his Formula E career for Panasonic Jaguar Racing in 10th. The Visa fastest lap bonus point went to Venturi’s Maro Engel and was worthy consolation after a mechanical problem in qualifying meant he had to start from the back of the grid.

The teams and drivers have no time to rest on their laurels however, as everyone will be back in the paddock at the break of dawn tomorrow for the second part of the double header, with round 10 of the FIA Formula E Championship taking place at the earlier time of 1pm.