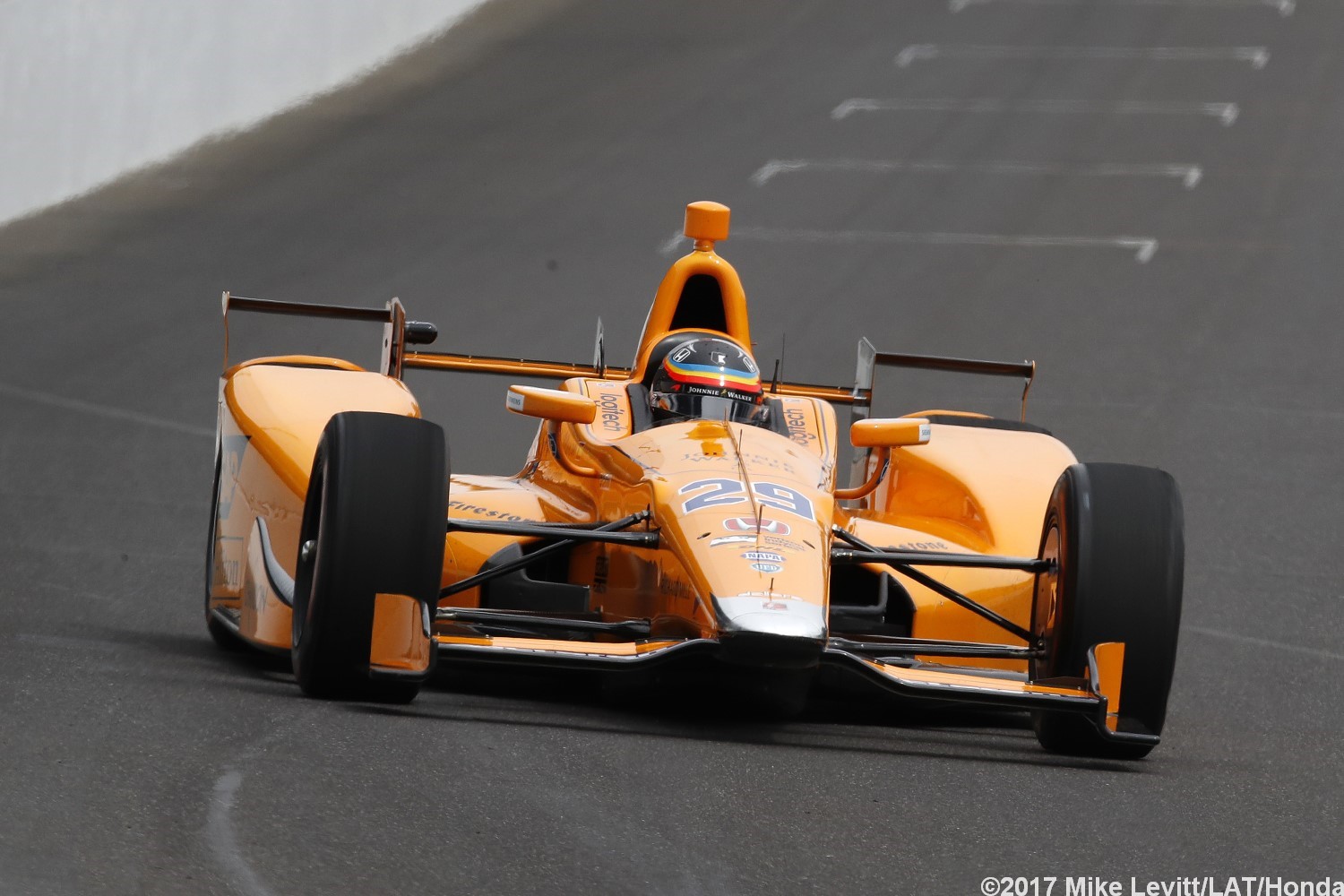 Two-time Formula One World Champion, Fernando Alonso, took to the Indianapolis Motor Speedway oval for the first time today after announcing in April he would take his shot at completing his dream and earning triple-crown honors. The McLaren Honda Andretti driver traded in his veteran status for rookie, completing all three phases of the required Rookie Orientation Program before the clock struck noon. Alonso ended his day at IMS with 110 laps completed, turning a top lap speed of 222.548 mph.

With Marco Andretti shaking down the car, Alonso was provided a comfortable set-up for his first try at the iconic 2.5-mile track.

“(My first time in an Indy car) was fun. I think it was a good way to start to get the speed. It was a little bit difficult at the beginning to reach the minimum, but then on the next stages [the car] felt good. But, yeah, now hopefully we can put some laps and start feeling a little bit of the car because at the moment the car is driving itself, I am not driving the car. I do feel more comfortable [going faster], not because of the speed, but because of the laps. You are already 30 laps in or 40 laps in, so you are able to fine tune and read the lines and up shift, down shift, learn which gear to use in which corner, etc. At the moment everything looks good but now we’ll start the real thing. The feeling of the simulator is quite realistic and you have the first touch – the first impression of how it is going to be, but then the real car is just a unique feeling so when you have to go flat out in the corners it’s not the same in the simulator that it is in the real car. So far, the car has been good; the team is amazingly helpful – everyone, Marco (Andretti) this morning, etc … Running alone I think it is quite okay, we’ll see later on in the next weeks."