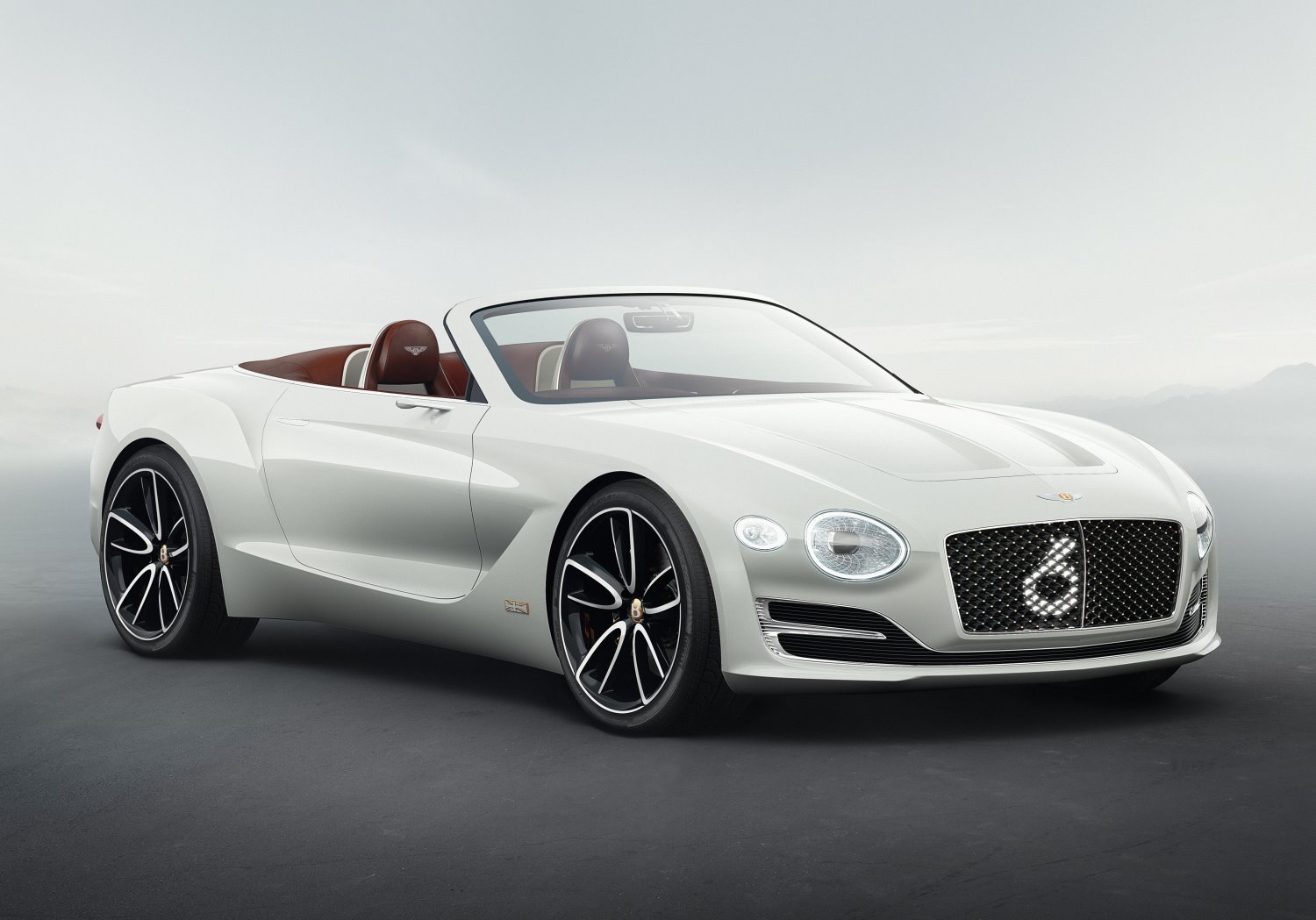 Bentley's EXP 12 Speed 6e made its debut in China today at the 2017 Auto Shanghai. The concept showcases the British brand's ambition to define the electric luxury segment and will allow Bentley to gauge public opinion and customer feedback to help shape its future luxury strategy.

Wolfgang Durheimer, chairman and chief executive of Bentley Motors, said: "The EXP 12 Speed 6e is a concept to show that Bentley is defining electric motoring in the luxury sector, with the appropriate technology, high quality materials and refinement levels you'd expect from a true Bentley.

"Bentley is fully committed to China – it is a vital market for us. We are focusing on developing an electric model in the future which will meet the luxury mobility needs of customers here and right around the world," Durheimer added.

The Luxury of Electric: Effortless, Exclusive and Exhilarating

An all-electric Bentley will not compromise the quality, refinement and high performance levels expected of the luxury brand. These renowned Bentley characteristics such as immediate, effortless surge of torque and grand touring range will be combined with new high performance technology such as rapid inductive charging and state-of-the-art on board concierge-style services for an effortless ownership experience.

Bentley's vision is for customers to benefit from high-speed inductive charging and provide a range sufficient for grand touring requirements. An electric Bentley would, for example, be able to drive between London and Paris or Milan and Monaco on a single charge and the on board experience will be enhanced for both driver and passenger thanks to the integration of state-of-the-art technology.

A fusion of cutting-edge technology and beautiful materials is evident right throughout EXP 12 Speed 6e's luxuriously appointed cabin, ensuring that the brand's use of technology is not cold or emotionless. The entire central console, for example, is hewn from a solid piece of elegantly curved glass encompassing a high-definition OLED screen. All of the car's principle onboard controls are accessible from here, including navigation, entertainment and climate control.

Handmade, cut-glass sections on the steering wheel contain the controls for media, communications, navigation and car set-up. There are also two buttons featured at the top of the cut-away steering wheel, one offering an instant performance boost and the other the ability to limit speed, in urban areas for example.

The passenger, meanwhile, has their own control panel on the front fascia with access to social media, email and entertainment.

Exquisite copper elements around the gear selector, Bentley Dynamic Drive dial and in the door veneer panels are integrated into the cabin to highlight the electric performance potential of the concept's advanced new powertrain.

Designing the Future of Luxury

On the outside, the iconic Bentley mesh grille features a complex 3D geometry and smoked finish with copper highlights that identify the Bentley EXP 12 Speed 6e as a fully electric vehicle. When the car is running the ‘6e' logo illuminates in a striking, vibrant white.

The exterior design is an expression of muscular, athletic surfaces inspired by contemporary architecture, the natural world and the aerodynamic shapes of aircraft fuselages.

It represents a natural evolution of Bentley's design DNA and signifies future design direction, taking the famous powerline and haunch to new levels of drama and tension. When combined with muscular proportions and an athletic stance through the use of a short front overhang, long bonnet, low grille and wide rear, the exterior styling hints at the high-performance potential of the car.

The twin bonnet scoops act as highly effective heat sinks that supply additional cooling to the battery and powertrain.

The wing mirrors – which are cameras rather than traditional reflective glass – are exceptionally sleek and were inspired by the sculptural form of stealth aircraft fuselages.

When rapid inductive charging is not available, EXP 12 Speed 6e can be connected to a mains AC power supply via the auxiliary charging point, subtly concealed behind the rear number plate.

A Commitment to an Electric Future

Bentley believes that the concept will open discussions with luxury car buyers of the future – millennials, members of Generation C and the rising affluent in developing economies – to understand the desired expectations from a future electric luxury car ownership experience.

The luxury brand's electric car strategy includes the introduction of PHEV models across the Bentley model range over the next few years, starting with the Bentayga in 2018.

Luxury and Performance on Show in Shanghai

Joining the EXP 12 Speed 6e concept on the Bentley stand are four other models that showcase the brand's unique breadth of capabilities – from exquisite off-road luxury to extreme on-road performance.

Bentley's personal commissioning division, Mulliner, is showcasing two new models at the Chinese expo, which will redefine the benchmark for automotive luxury. Making its Asian debut is the Bentayga Mulliner, the new flagship Bentayga model which reaches new heights of interior cabin luxury.

A special one-off example of the Bentayga Mulliner will be on the Bentley stand, featuring a unique colour split of Alpine Green over Pale Emerald.

Bentley will also be unveiling the highly exclusive Mulsanne Hallmark Series by Mulliner in China for the first time. This limited edition is inspired by the finest precious metals and luxury materials used by the very best jewelers.

This limited edition is available across the Mulsanne range, and is the ultimate statement of luxury from Bentley's flagship model. Silver and Gold versions of the fifty-model series will be made available to customers. The model in Shanghai is gold-themed, and features a number of exquisite gold details including a gold-plated ‘Flying B' mascot.

Meanwhile, the flagship of the four-door Flying Spur range, the W12 S, is also making its Asian motor show debut. The newest Flying Spur model is the first four-door Bentley to have a top speed in excess of 200 mph, and offers a more sporting experience for owners looking for increased power, torque and responsiveness.