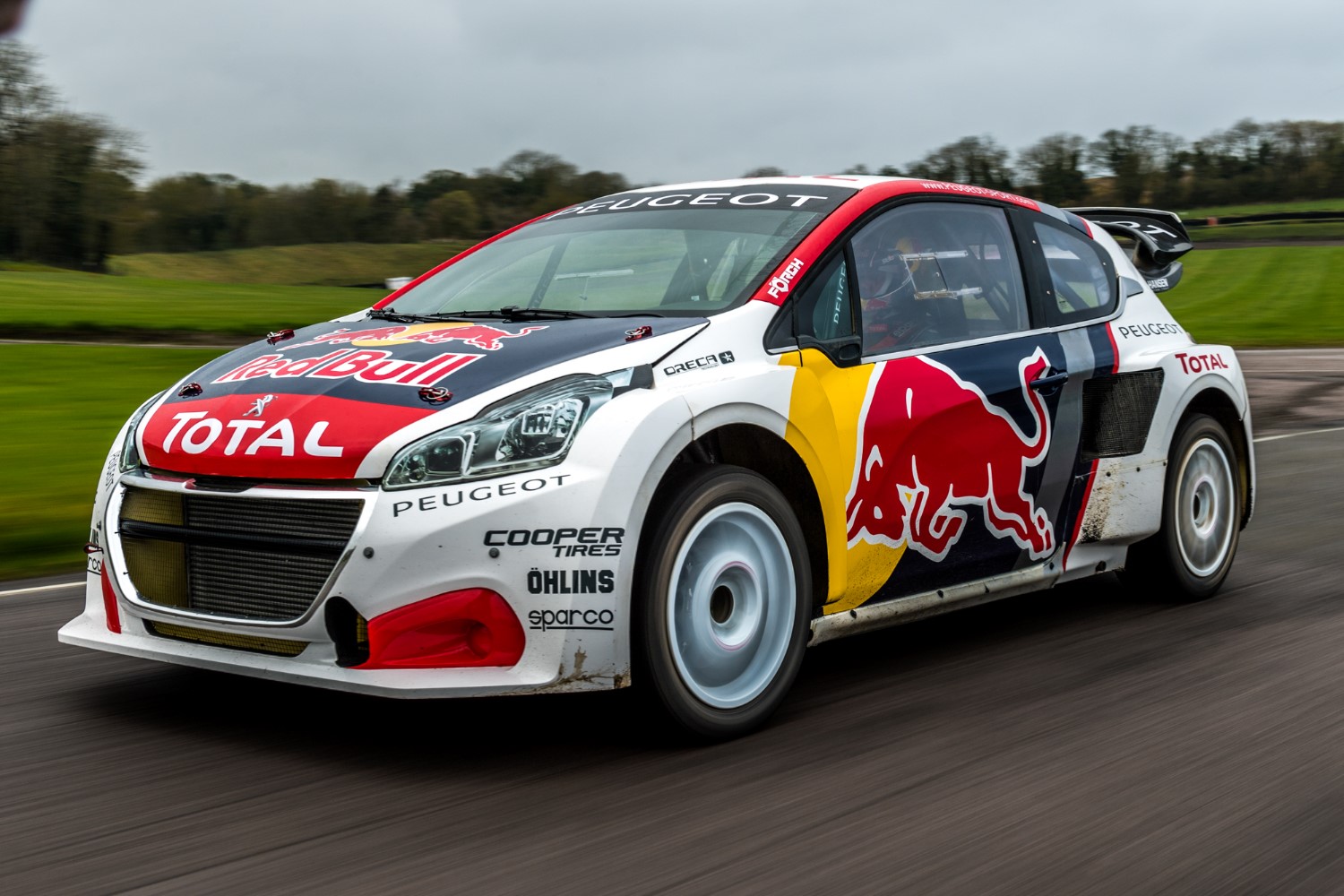 Ahead of the opening round of the FIA World Rallycross Championship this weekend, Sebastien's Loeb and Timmy Hansen are to take the wraps off the all-new, 2017-configuration PEUGEOT 208 WRX which proudly boasts a bold new livery and a strikingly aggressive look. Kevin Hansen, meanwhile, is fired-up to start his maiden full campaign at the pinnacle of the sport behind the wheel of his ‘2016 plus’-specification 208.

“We have worked tirelessly all winter to make sure that the 2017-spec PEUGEOT 208 WRX is the best yet. We are in the fortunate position of having three of the championship’s best drivers in our team and, as long as we provide them with a car that inspires confidence, we know they are capable of producing extraordinary performances. Nonetheless, it is impossible to predict the World Rallycross pecking order ahead of the first round of the season, because our rivals will certainly not have stood still. The caliber looks set to be higher than ever this year, with four manufacturers now officially represented on the grid. Our approach will be to take each race weekend at a time, with the ultimate objective of fighting for both titles. Barcelona is a track where we have been competitive in the past and one that all of our drivers enjoy, so I’m looking forward to seeing how the action unfolds."

“Barcelona is a great place to start the season, and hopefully the weather will be kinder to us than it was in the 2016 curtain-raiser at Montalegre in Portugal when, on my full-time championship debut, I was ‘welcomed’ to the fray by a relentless downpour! I like Barcelona as it always brings back many happy memories for me, having driven a variety of different cars there including Red Bull’s F1 car and the PEUGEOT 908 sportscar several years ago. I’m excited to be back to find out how our

new PEUGEOT 208 WRX shapes up against the World Rallycross opposition. The team has put in a tremendous effort over the off-season and, following our most recent test at Lydden Hill, I feel confident that the car has taken a step forward in practically every area, from the engine and chassis to the gearing and damping. Essentially, it is a more competitive proposition all-round, and it should be more adaptable and quicker than before on lower-grip circuits. Barcelona won’t unduly challenge us in that respect, but it will nonetheless be a fascinating weekend as it will mark our first direct comparison with our rivals, all of whom have similarly stepped it up a notch over the winter months."

“We have enjoyed a positive series of tests with the 2017 version of the PEUGEOT 208 WRX, and we have resolved the few issues that held us back on occasion last year. We can really push this new car to the limit, and it truly rewards an assertive and attacking driving style. I can’t wait to line up on the starting grid in Barcelona, especially as the 208 now has an awesome new livery and a variety of aerodynamic appendages that make it look even more aggressive! Barcelona as a circuit should suit us well. Last year, I was on pole position there in the semi-final and finished second in the final. I’m looking forward to starting the new season there."

“The 2016-spec PEUGEOT 208 WRX that I will be racing this season is a step-up on the car that I drove last year. It’s fantastic to be kicking things off in Barcelona behind the wheel of a car in which I really feel at home. The 208 was already on the pace in Spain six months ago, and it has undergone considerable further development since then. On a personal note, Barcelona will always hold a very special place in my heart, since it is where I became the youngest driver ever to win the European title. Having trained hard with my brother Timmy all winter on both my driving and physical fitness, I feel better-prepared than ever as I embark upon my first full campaign at World Championship level."