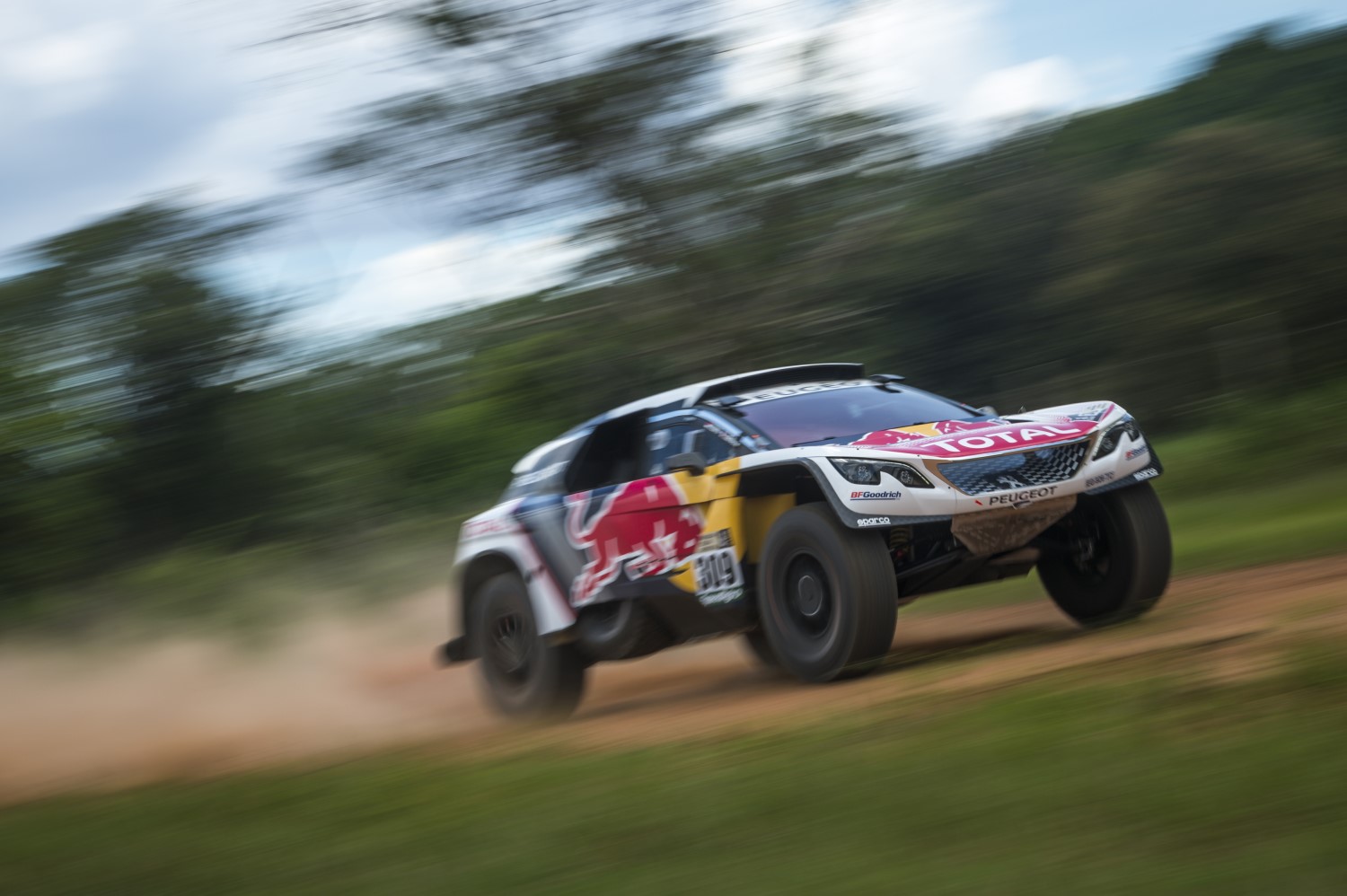 Sam Sunderland demonstrated his navigational skills to win in Oruro, taking advantage of his rivals' problems, on a special that was shortened to 219 kilometers due to poor weather. As for SEbastien Loeb, he picked up his second victory this year in the car category at the end of a very risky stage.

The Dakar convoy has now driven further into the high plains of Bolivia. This dreamy setting can quickly turn into a nightmare for the competitors who had to adapt to the wide variety of terrains on offer, with crossing of dunes and especially an exercise in navigation that was conducive to a profound change in the standings, a hierarchy which has already been very unstable this year.

[adinserter name="GOOGLE AD"]Sam Sunderland has been consistent since the start of the rally and was biding his time to make the perfect strike. He brilliantly achieved his goal this Friday, with his second special stage victory on the Dakar that was also synonymous with taking command of the general standings. The Englishman was the only rider to not get lost in the Bolivian dunes, unlike Pablo Quintanilla, Xavier de Soultrait, Matthias Walkner or Joan Barreda, who all lost a lot of ground. In the quad race, Kees Koolen went flat out to grab his first stage victory on the Dakar with a big lead over the day's runner-up Gustavo Gallego. In the car category, SEbastien Loeb ended the day smiling after obtaining his second victory in 2017 and the sixth of his young rally raid career, as he calmly resisted a comeback by Nani Roma at the end of the special, where the Spaniard finished 44 seconds behind the Frenchman. StEphane Peterhansel climbs to the top of the general standings, in which Mikko Hirvonen and Giniel De Villiers have now been considerably distanced due to navigational mistakes. In the truck race, Gerard de Rooy grabbed a second consecutive stage victory, has now reached his cruising speed and has taken command of the general standings. A Kamaz truck was again runner-up, but this time it was Eduard Nikolaev, who also takes second place in the general standings.

With already four official cars, Peugeot has made sure it has the means to dominate the final podium in Buenos Aires. However, a fifth 3008 DKR has been regularly springing surprises, with a certain Romain Dumas behind its wheel. The Frenchman is taking part in his third Dakar and is progressing by improving his best result with every stage that passes. The former endurance driver broke into the top five on the fifth stage, less than one minute behind the official Peugeot driven by Cyril Despres. As a result, he enabled the lion branded constructor to put four cars among the first five finishers…

Joan Barreda, the undisputed leader of the general standings yesterday evening with a lead of more than 18 minutes, saw his hopes of keeping the lead cave in today. Firstly, the official HRC rider received a one hour time penalty for having refueled outside the authorized zone yesterday, before having a hellish stage and getting lost after approximately 150 km of the special. The Spaniard lost 37 minutes to the day's winner and plunges down the general standings to 1 hour 12 minutes behind the leader.

Sam Sunderland has become the fifth different winner in five stages in the bike race. Juan Pedrero, Toby Price, Joan Barreda and Matthias Walkner preceded him and now the race is even more open than ever!

Bruno Famin
"Our three cars all ran well today and are in strong positions, so that's good news. Our crews spent a little time finding the correct route but they lost less time than many of their rivals. Some big gaps have opened up, although Nani Roma isn't very far behind. The way this year's Dakar is unfolding, we could well be the next team to hit trouble. We're a third of the way into the event now. There's been drama every day so far and there could well be more to come."

Sebastien Loeb (PEUGEOT 3008DKR #309)
Leg 5: 1st / Overall: 2nd
"Today's stage was really difficult, with some tough navigation. We started well but, like the others, we ended up getting lost in the final third and we lost much of the lead we had succeeded in building up. We were still fastest, though, so that's good, and our car ran like clockwork all day."

Stephane Peterhansel (PEUGEOT 3008DKR #300)
Leg 5: 3rd / Overall: 1st
"It was raining when we set off this morning, but it was a nice stage, even though it was technically demanding and a bit muddy in places. The navigation was complex, too, and it looks like everybody got lost, but our mistakes didn't cost us too much time. We are only five days into the rally and there have already been four different leaders, although there hasn't been much in it. It's nice to be in front at this stage but nobody should read too much into it."

Cyril Despres (PEUGEOT 3008DKR #307)
Leg 5: 4th / Overall: 3rd
"We ran at a good pace on the WRC-style tracks today, which isn't bad for an ex-biker. The navigation then got a little tighter and we missed one of the headings. We got back on the correct route at the same time as Stéphane which cost us a few minutes, as well as the rally lead. It's not too serious, though. What's worrying me most at the moment is how we will be able to tackle Saturday's stage given the rain that's falling over Oruro as we speak."