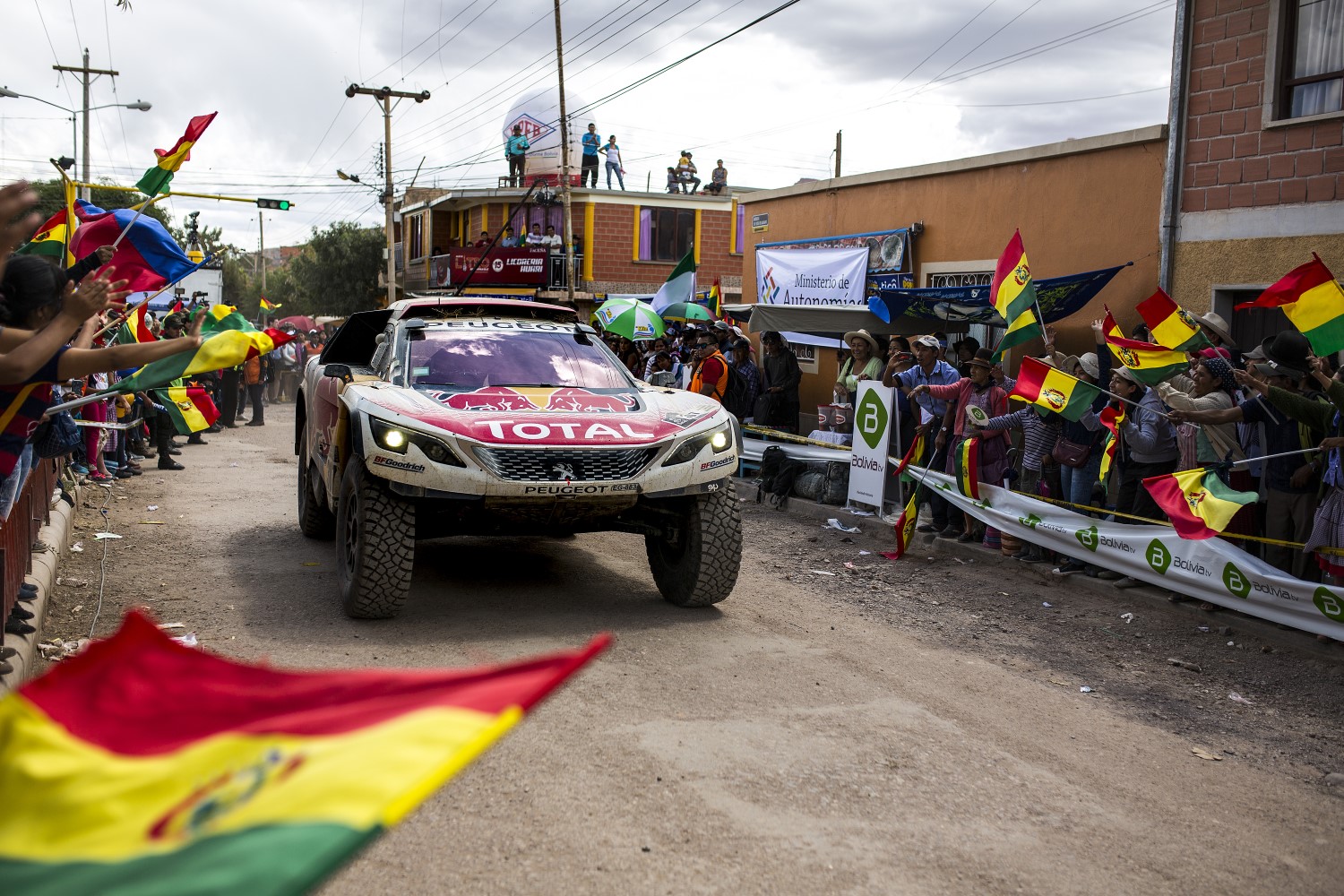 The fourth stage has been fatal to the ambitions of the title holder Toby Price, who suffered a high speed fall. His team-mate Matthias Walkner deputized ably by grabbing victory from the hands of Joan Barreda, the race leader. In the car race, Cyril Despres won the stage and now leads the general standings.

The competitors commenced a series of five stages on the high plains of the Bolivian Andes, the world's second highest plateau after Tibet. Swift acclimatization is necessary with specials contested at 3,500 and 4,000 meters. At this altitude, the competitors are not used to encountering dunes, but that was indeed the challenge faced by the riders and drivers today. In addition, the end of the stage included tricky navigation, after no less than 400 km of the special!

It has been a sad day for Toby Price. The Australian was leading on the last part of the special, but lost control of his KTM at more than 90 kph and fractured his left thigh bone in a fall, meaning the Dakar is over for the 2016 winner. He may well be leaving his trophy for Joan Barreda, who is solidly installed at the top of the general standings after another excellent stage that he almost won in spite of having had to open the way. In the car category, Cyril Despres had a dream of a day, picking up his first stage victory behind the wheel of a car and climbing to the top of the general standings. The Frenchman took advantage of the problems encountered by his team-mates Stephane Peterhansel, Sebastien Loeb and Carlos Sainz, with the Spaniard in danger of exiting the rally. In the quad race, Walter Nosiglia finally won his first victory on the Dakar in his home country and not without panache. In the truck category, the title holder Gerard de Rooy (Iveco) regained his form and served up a superb battle against Airat Mardeev (Kamaz) who he beat by only 30 seconds on completion of the 416-km special, to give the Dutchman his 31st stage victory on the Dakar.

Matthias Walkner never gave up against Joan Barreda, who has been head and shoulders above the rest for two days. The Austrian managed to catch his Spanish rival over the last kilometers to grab his second stage victory on the Dakar after the one he won in 2015. After two withdrawals, perhaps the time is ripe for him to achieve a fine result in Buenos Aires.

The day after Nasser Al-Attiyah exited the race when he was on the point of capturing the lead in the general standings, Carlos Sainz today encountered similar misfortune. There were only eight kilometers left for the Spaniard to cover in order to make up precious ground on his rivals, when he crashed off the tracks and rolled the car into a ravine. This mishap crushed the ambitions of the winner in 2010 for this year's edition and may potentially lead to him withdrawing from the race for the fifth consecutive time.

22 of the 37 quads participating are ridden by South American riders. Indeed, representatives of this continent have won the first four stages with Brazilian Marcelo Medeiros, the Argentineans Pablo Copetti and Gaston Gonzalez as well as Bolivian Walter Nosiglia. What's more, the leader of the general standings, Ignacio Casale, is Chilean.

Cyril Despres: “It's pretty amazing to win a stage after only three Dakars. It was not expected some years ago".