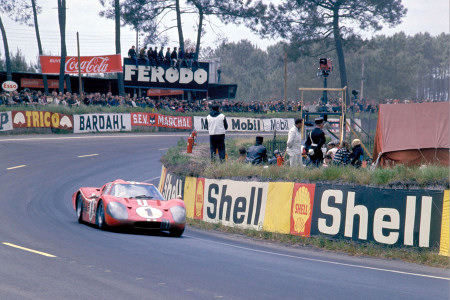 After the Ford-Ferrari duel in 2015, cars that symbolize the involvement of Americans in the Le Mans 24 Hours will be on display in a 1200m2 hall on the esplanade of the former museum in the year when Ford, the only US manufacturer to have won the race outright, is making its official comeback with the descendants of the GT40. 16 cars that have raced in the Le Mans 24 Hours will appear in this exhibition devoted to the adventure of North American manufacturers and prominent figures in the Sarthe.

From the first Le Mans 24 Hours to today these mythical cars will illustrate the great moments of the remarkable adventure of the Americans at Le Mans. From the Cunninghams arriving at Le Havre in 1952 to the sculptural IMSA cars of the 1970s as well as Ford’s triumph in 1966 and through men and makes, America has left its mark on the history on the greatest endurance race in the world. So a homage was called for.

16 exceptional cars that have left their “American" mark on the Le Mans 24 Hours including:

[adinserter name="GOOGLE AD"]All these cars will return to the mythical Le Mans 24-Hours circuit for a unique parade on Saturday 18th June at 12h35.

Thanks to a carefully designed and well-researched scenography this exhibition will also highlight the stories of the people involved using portraits, film shows, a display of the overalls of drivers who have left their mark on the race, as well as works of the American Pop Art movement inspired by the Le Mans 24 Hours.

The current ACO collections will be on sale in a specially dedicated boutique and fans can also find posters of the different Le Mans 24-Hour races.

This exceptional exhibition will be open to the public from Wednesday 15th till Sunday 19th June.