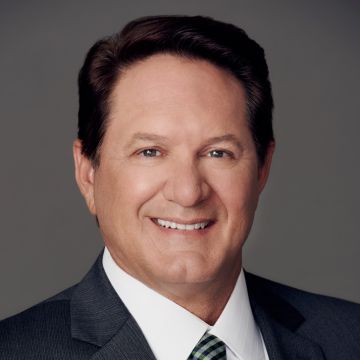 This extended Q&A marks the sixth in a series with FOX Sports motor sports personalities to be highlighted over the next several months. As a FOX Sports host and FOX’s first three-sport star, Chris Myers is accustomed to wearing a variety of hats. After calling FOX NFL games during football season, Myers currently hosts FOX NASCAR coverage (next is Saturday, April 9 at 7:30 PM ET on FOX from Texas Motor Speedway) and is on deck for the 2016 Major League Baseball season. He returns Tuesday, April 5 (7:00 PM ET on FS1) to host MLB WHIPAROUND from the FOX Network Center in Los Angeles and is on-location at Angels Stadium Thursday, April 7 (9:30 PM ET on FS1) to host pregame coverage of the Rangers at Angels.

FOX SPORTS: You began your broadcasting career as a teenager … did you have any early mentors as you honed your craft?

MYERS: I didn't have one particular mentor but a number of people who, like good coaches along the way, helped me from radio to TV and from the local to national levels. I was always learning and searching for ways to improve and I still am. A supportive family and a boss who believes in you can take you a long way.

FOX SPORTS: Who did you want to emulate growing up?

MYERS: I always wanted to be Johnny Carson, the king of late-night TV, because he could interview people and simultaneously have a sense of humor about what was going on in the world.

FOX SPORTS: In Major League Baseball, is there a particular moment or game you recall as pivotal to your broadcasting career?

MYERS: As a field reporter for FOX in 2004, I was there for Boston’s rally from three games down to beat the Yankees in the seven-game ALCS and then interviewed the first Red Sox player after they ended the curse and finally won the World Series. It was as historical as it was magical! One of my first baseball assignments was on-scene at the stadium when the World Series in San Francisco was hit by an earthquake during the Giants and Athletics game.

[adinserter name="GOOGLE AD"]FOX SPORTS: Is there a particular sport you would like to cover but haven’t?

MYERS: Fortunately, I've worked on the sports I enjoy most. I covered the 1996 Summer Olympics in Atlanta as a reporter during the bombing tragedy. But one day I'd like to host the primary coverage of the Olympic Games.

FOX SPORTS: Is there a specific person you interviewed with whom you’d like to sit down again?

MYERS: As a teenager, I interviewed Muhammad Ali and Jessie Owens, and I wish I knew then what I know now about their careers. I'd love to talk to them again. Both were so kind and generous with their thoughts, particularly for superstars being interviewed by a teenager.

FOX SPORTS: How does preparation for each event/game vary from sport to sport and role to role?

MYERS: Each sport deserves special attention and focus. Football and NASCAR are once-a-week big events and must be treated as such. You study to preview the game or race. Then the event takes place and you analyze with a postscript until the next week. Reading, research and speaking to key people prepare me. For a sport like baseball, it's a daily observation of what's going on. You stay close to stats, scores and highlights even when you're not working. Of course it helps to be a fan — and we all are fans.

FOX SPORTS: What are the key differences between the roles of studio host. play-by-play broadcaster and reporter?

MYERS: The main differences are that as the host, you control the flow of the traffic. You have to talk and listen at the same time, voice highlights and set up your analysts, all the while connecting with your TV audience. When doing play-by-play, you zero in on personnel and name pronunciations but have less time on-screen. It’s more about the visuals and enhancing them, as well as setting up your analyst and allowing him to shine in his role through his expertise.

FOX SPORTS: FOX NASCAR SUNDAY aired a feature with the Kansas City Royals in March in which MLB players and NASCAR drivers answered questions about the other’s sport. Were you surprised by how little each seemed to know about the other?

MYERS: I really enjoyed the piece on the baseball and NASCAR worlds colliding. But their lack of deep familiarity didn't surprise me because I see how much devotion each athlete has to his sport during its season. They often have tunnel vision, which I think contributes to their success.

FOX SPORTS: How much rehearsal goes into a studio show?

MYERS: We rehearse our shows, whether it's FOX NASCAR SUNDAY or MLB WHIPAROUND.

But only about half the show is actually scripted, and we like it that way. We might know topics or areas of discussion ahead of time, but it's better to react live to what's happening because it’s much more authentic that way.

[adinserter name="GOOGLE AD"]FOX SPORTS: What does a typical commercial break look like for you?

MYERS: I am usually confirming with the producer and analysts that we are covering the right stories in the best way possible. We also go over timing information and make sure we are all on the same page going forward for the remainder of the event. And if there is a chance for a laugh, we go for it. We all kid because we all care about doing our job well. As I often say, we kid because we care.

FOX SPORTS: With the unknown always happening in live sports, what was the most difficult situation you have faced?

MYERS: The most difficult situations in broadcasting for me have come when tragedy strikes a sporting event. I was at the 2001 Daytona 500 to broadcast the race, but we ended up covering the death of Dale Earnhardt at the end. I also recall the Summer Olympics bombing in Atlanta and when an earthquake hit the World Series between Oakland and San Francisco. These became news events in the blink of an eye, and I had to present this tragic information to the television audience. That is the true challenge of covering live events.