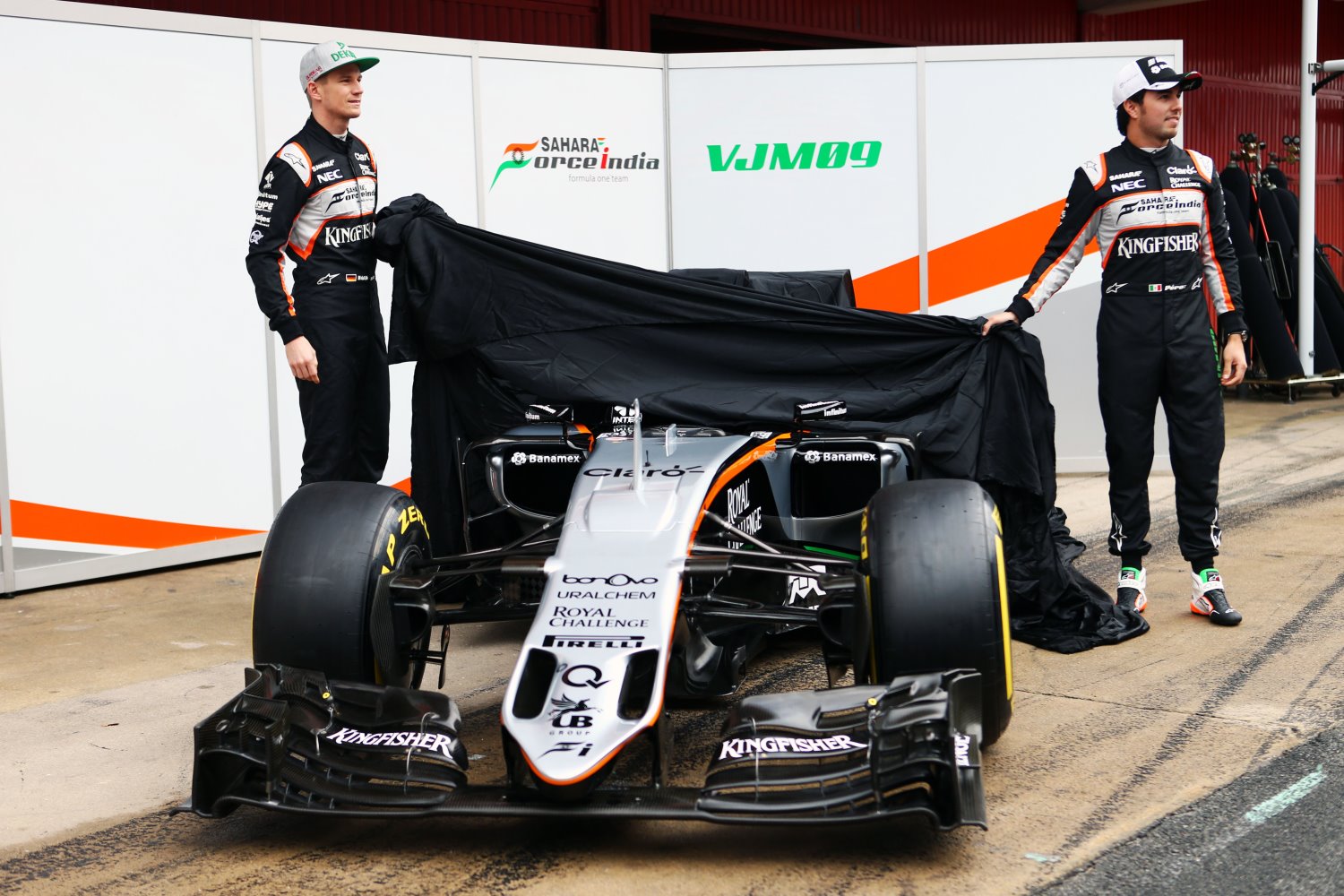 Sahara Force India marked the beginning of its season today as Nico Hulkenberg and Sergio Perez pulled the covers off the VJM09 in Barcelona. They were joined by the team’s development driver, Alfonso Celis, as they posed for photos in front of the world’s media ahead of the start of the team’s winter testing program.

The stability in the technical regulations means the VJM09 is more evolution than revolution, building on the strengths of the 2015 b-spec chassis that helped the team secure fifth place in the championship last year.

[adinserter name="GOOGLE AD"]“You can say the b-spec car from last year formed a basis on which to build our 2016 one," explains Technical Director, Andrew Green. “We were in a situation in which the performance on track was very good, and in which the data we were getting correlated well to what we were expecting, so we knew we could continue to develop on a solid platform.

"With the regulations likely to change for 2017, it didn’t really seem like an efficient use of our resources to start from scratch on a project that would have such a limited lifetime."

The VJM09 retains the distinctive black and silver livery introduced last year as Team Principal, Vijay Mallya explains: “The colors reflect our partners and heritage. Although I’m biased, I think our car is one of the best looking on the grid and that’s why I wanted to keep a consistent look for 2016. As they say, if it ain’t broke, don’t fix it."

Expectations for the VJM09 are high as the team looks to build on its best ever performance last year. “I want us to begin 2016 in the same way that we ended 2015," confirms Vijay Mallya. “Our technical team is excited about the progress we have made over the winter and there’s every reason to believe we can stay at the front of the midfield battle."

Chief Operating Officer, Otmar Szafnauer adds: “The wind tunnel program in Cologne is maturing nicely and I’m encouraged by the gains we have made over the winter. The first major aero updates should be on the car in time for Melbourne and we also plan another big step for the start of the European season."

The VJM09 continues to carry a number of blue-chip names with prominent branding from TelCel, Claro and NEC, underlining the commercial appeal of the team. Logos from financial services firm, Banamex, have been added to the leading edge of the side pod, while partnerships with Inter, Quaker State and Hype have also been extended. The team’s long-standing association with Kingfisher and Royal Challenge continue.