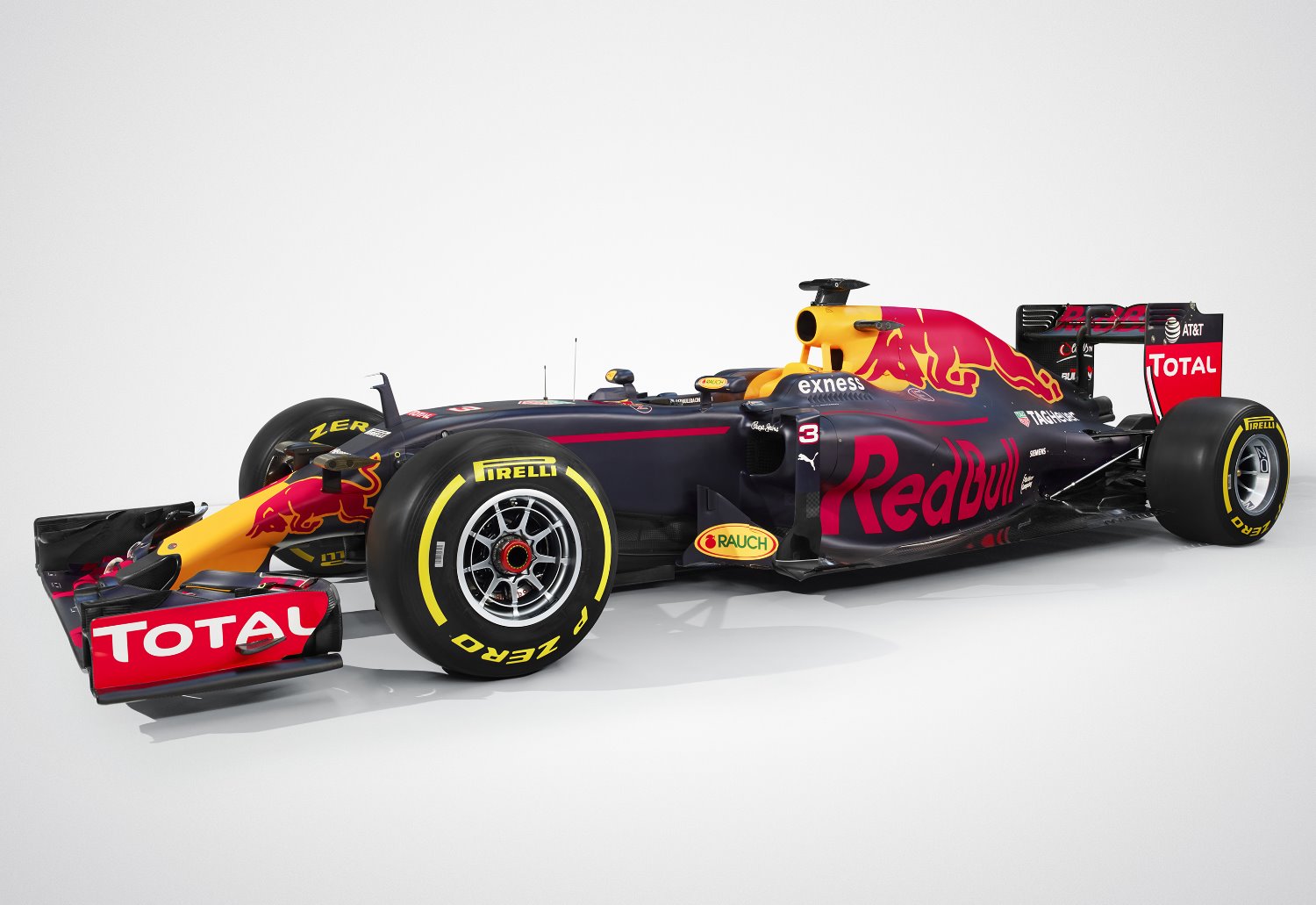 Ahead of the Red Bull Racing-TAG Heuer RB12 making its track debut at the first pre-season test at Circuit de Barcelona-Catalunya in Spain, images of the car are now available on the Red Bull Content Pool.

Beyond the striking matte livery unveiled in London last week, the all-new RB12 incorporates a host of improvements based on the lessons learned from the 2015 season.

Commenting on the new car and the season ahead, Team Principal, Christian Horner said: “Obviously the late engine decision last year was a challenge but we found a solution in time and the whole team has worked incredibly hard to recover over the winter. Therefore, we’re looking to build on the significant progress we made in the second half of 2015 and to carry that momentum into the early races of this season.

[adinserter name="GOOGLE AD"]“My hopes for this season are that we genuinely make progress from where we were last year; that we get our heads down and we really develop the car well and hopefully with some performance coming on the power unit side as well, that will allow us to get closer to some of our immediate rivals."

Speaking about the design of the RB12, Chief Technical Officer, Adrian Newey added: “I’m often asked what area of the car I’m most pleased with, but with the stable regulations we have at the moment it’s difficult to find any major new areas to exploit. Therefore, what we’ve really tried to concentrate on with this car is getting a cohesive package for all the parts – the suspension, the chassis dynamics, aerodynamics – that they all work together in harmony. I think we’ve managed to build on the lessons of last year and all the indications from our simulations suggest that this year’s chassis should be strong."

Chief Engineering Officer, Rob Marshall added: “With the RB12, we are optimistic that we have made some good gains, but the difficulty is the wind tunnel and CFD numbers we’re seeing are our numbers and unless you can see everyone else’s numbers you don’t know where you are. We are happy that we are going in the right direction from our own point of view, but we won’t know until Melbourne. As far as this car is concerned, I hope we can win some races. That might sound farfetched after last year, where we struggled at the beginning of the year, but I hope this year we can make a bit of a step power-wise and that will level the playing field a bit."

Commenting further on simulation work with the RB12, Dan Fallows, Head of Aerodynamics, said: “So far, the numbers coming out of the wind tunnel and CFD are encouraging. It’s a function of everyone understanding the car that we had last year but also identifying the challenges we had and really focusing on those and I think we have made some fairly big steps forward.

“My hopes for the RB12 are that it continues the form that we had with the RB11. Obviously we didn’t get the results we hoped for but we all knew we had a good foundation in the car, in the chassis, and I’d like to see that continue. Also, the thing I’d really like to see is that the car give us a good foundation for any upgrades we get on the power unit side, from aero and everything else."

Pierre Wache, Chief Engineer, Performance Engineering added: “To be satisfied with the numbers from aero is a big word, we are never satisfied. It is a continuous development process and we are not looking for absolute numbers, we are looking for relative numbers compared to others. The progress is significant and we will see if it’s enough."

Looking ahead to the new season, Paul Monaghan, Chief Engineer, Car Engineering concluded: “My hopes for the RB12? I think we have to focus on just making sure we go to Australia in the best state we can be, well prepared and then get the most out of the car we can at each race and put ourselves in a position where we can challenge for a podium or benefit from anything that happens around us."