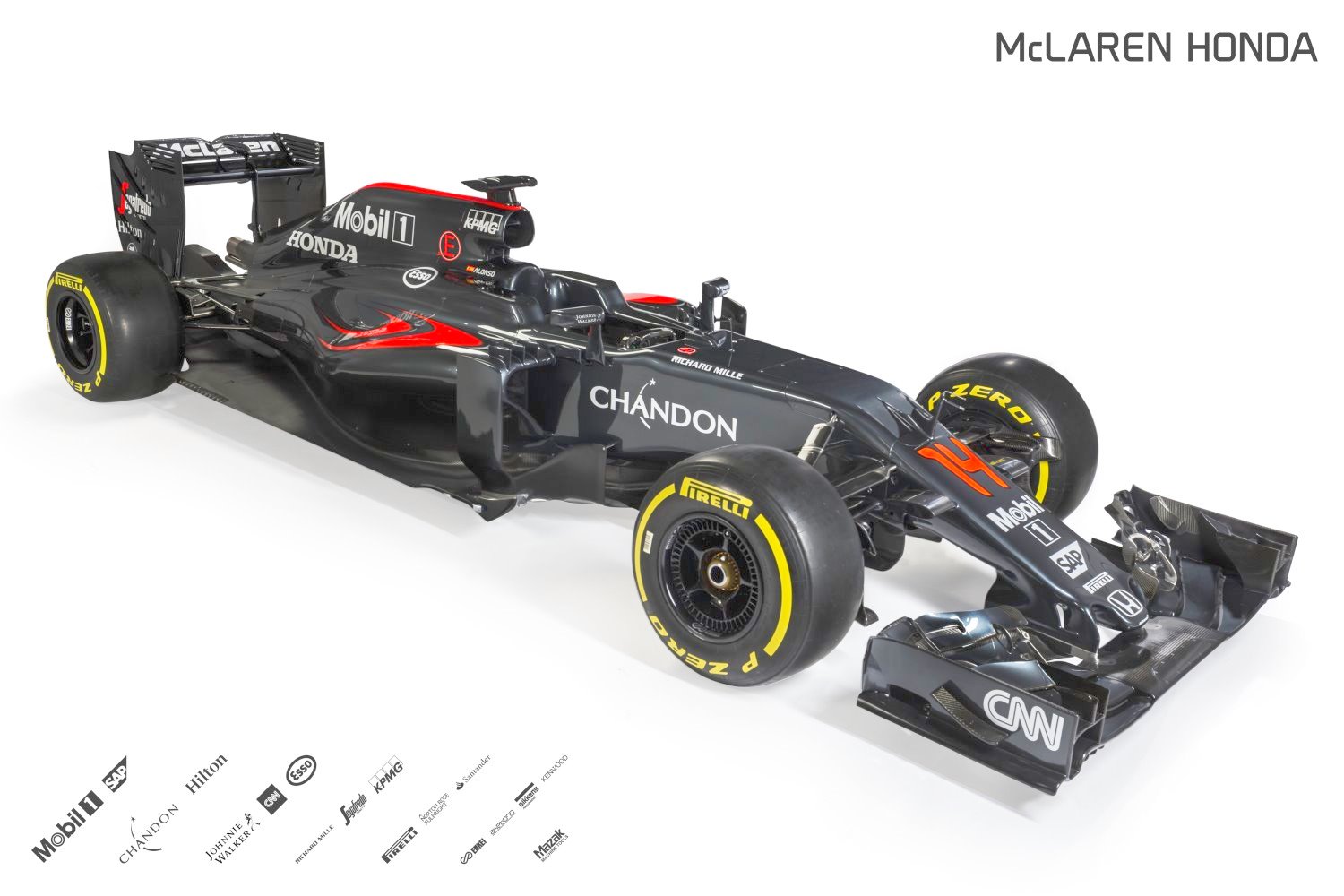 McLaren has unveiled their Honda-powered MP4-31 Formula 1 car for the 2016 season.

Jenson Button will be behind the wheel for the new car's first laps on Monday, during the opening day of pre-season testing at Barcelona.

"As we embark on the second year of our renewed McLaren-Honda partnership, all of us remain united in our purpose," McLaren group CEO Ron Dennis said.

"That purpose is to develop our team towards our shared ambition: to win.

"We'll make no predictions as to when those wins will come, but I can say without fear of contradiction that every member of our team has worked with truly relentless dedication over the past few months.

[adinserter name="GOOGLE AD"]"The result is that MP4-31's developmental trajectory has been usefully steepened over the winter, and I'm consequently very proud of our team's efforts."

"Learning from last year, we've made changes to the compressor and other hardware of the power unit during the break, maturing our overall concept from last year," Honda motorsport boss Yasuhisa Arai said.

"Our focus will be to test the car's balance with the new chassis and power unit, and specifically the ERS direction during the eight days of winter testing.

"We won't know exactly where we stand until we reach the end of the two tests, but we're looking forward to getting back on track, gathering data, and feeding back the information to our engineers so as to prepare for Melbourne and onwards."

"The immense amount of sheer hard work that has gone into the development of the MP4-31 over the winter makes me immensely proud, and consequently I go into the new season with even more motivation and belief," Button said.

"From what I've seen so far, the aero detailing on the car looks fantastic, and I'm really looking forward to beginning the process of testing those new innovations when I get behind the wheel tomorrow."

"The whole car is beautiful in fact – it's particularly nicely packaged from an aerodynamic point of view."