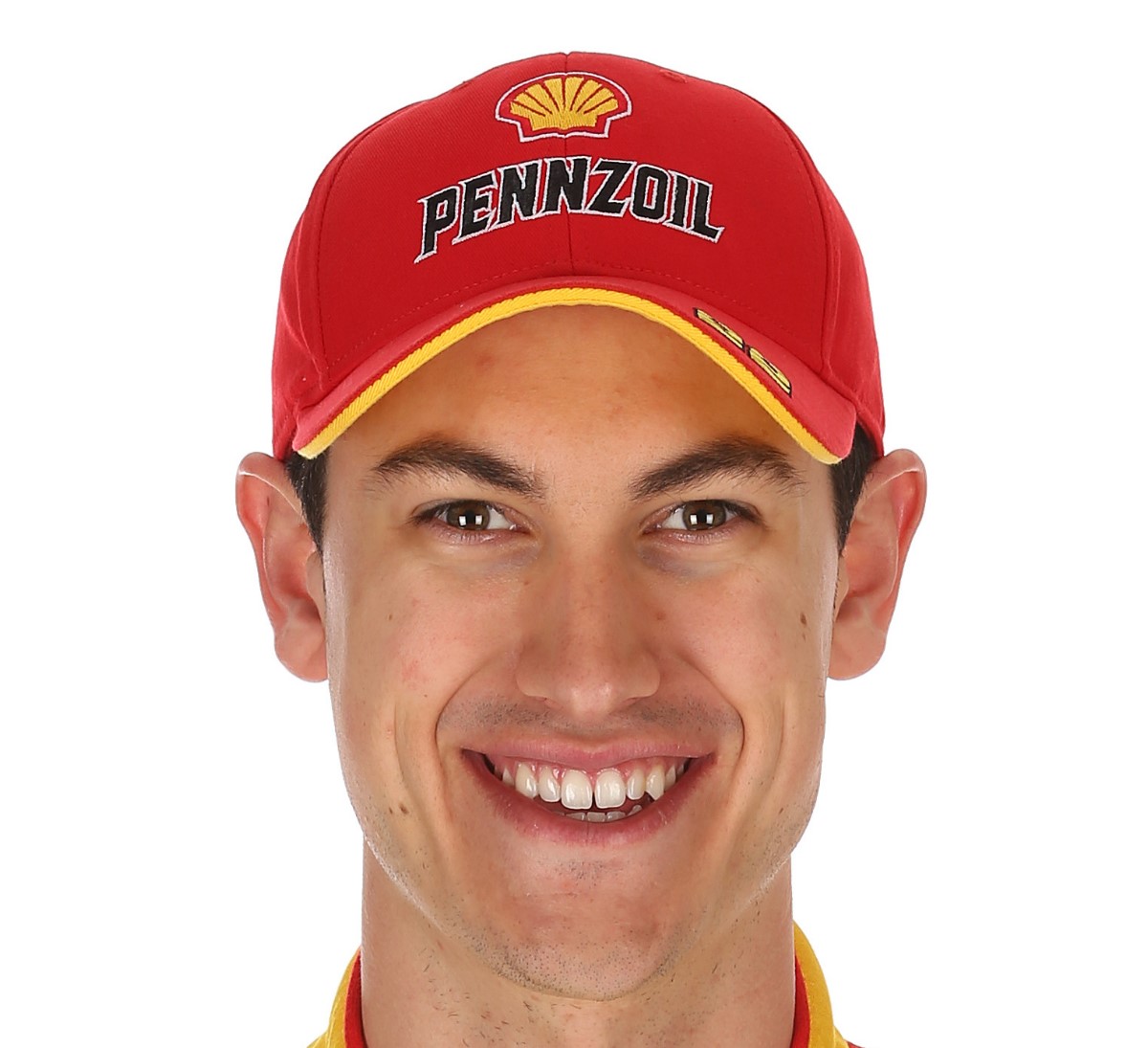 Joey Logano surged to victory Sunday at Kansas Speedway, brushing past leader Matt Kenseth with five laps remaining in an intense round of the Chase for the NASCAR Sprint Cup playoffs.

Kenseth led a race-high 153 of 269 laps in the Hollywood Casino 400, but Logano scratched the wall before nudging Kenseth into a spin in Turn 1 during their heated contest for the lead. The victory — Logano's second straight in the Sprint Cup Series — denied Kenseth an automatic berth in the Eliminator Round, the next three-race stage of the 10-race playoffs.

Logano's Team Penske No. 22 Ford then survived a green-white-checkered overtime finish, holding off Denny Hamlin to notch his fifth Sprint Cup victory of the year, his second at the 1.5-mile track and the 13th of his premier-series career.

Logano, the winner last weekend in the Contender Round opener at Charlotte Motor Speedway, raced Kenseth hard for the lead in the final 15 laps. The two touched with 13 laps to go and ran in close formation to the checkered flag before their final run-in.

A wide variety of issues befell several Chase hopefuls, making the task ahead of them that much more difficult in next weekend's elimination race at treacherous Talladega Superspeedway.

Dale Earnhardt Jr. was the first Chaser to encounter problems, losing a lap during an unscheduled pit stop for a loose wheel on Lap 165. Coors Light Pole winner Brad Keselowski pressed on after a slight scrub against the Turn 3 wall on Lap 188, then Kyle Busch encountered his own brush with the wall just six laps later.

A pair of Chase contenders found issues during an exchange of green-flag pit stops with 52 laps to go. Kevin Harvick's Stewart-Haas Racing No. 4 crew was penalized for removing equipment when his gas can fell outside the pit box. Martin Truex Jr.'s Furniture Row Racing team was hit with a penalty for an uncontrolled tire. Both served pass-through penalties and fell a lap down to the leader.