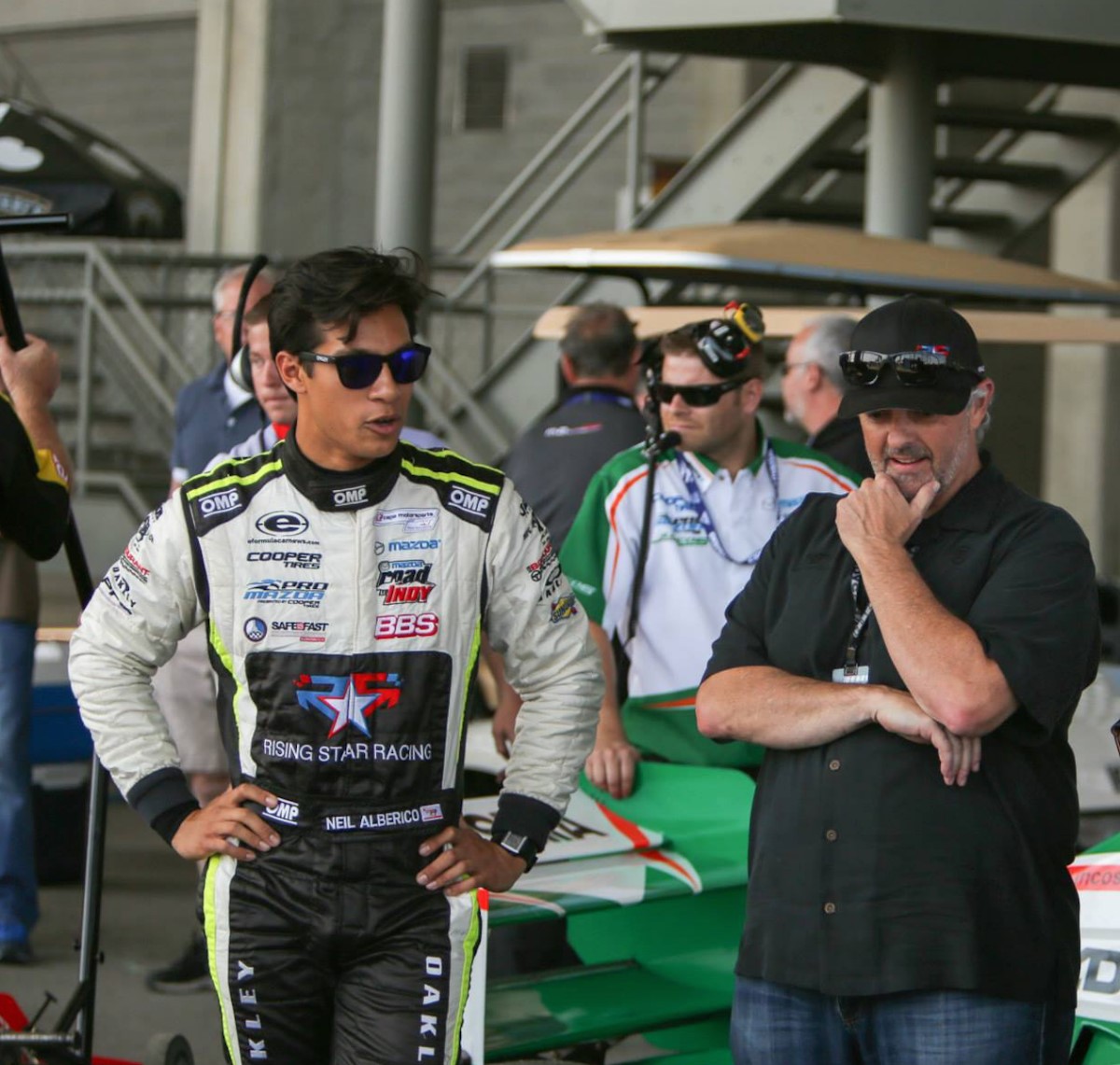 Recently, AutoRacing1 caught up with former IndyCar, stock car and motorcycle racer Brian Bonner. Bonner has of course remained involved in the racing industry since his days behind the wheel. He currently serves as President and CEO at Bonner Race Marketing and assists young drivers looking to climb their way to the top of the sport.

The Massachusetts native took something of an untraditional route to the top levels of the sport. Having driven motorcycles in the area around his house from an early age, Bonner was a successful Motocross racer from the time he was 16 until his mid-20s. He decided to gives cars a try in 1986 and went to racing school at Lime Rock. From there, Bonner began moving up the ladder, and was the 1991 IMSA Camel GT Championship Rookie of the Year.

In 1992, Bonner decided to give Indy Cars a try and made his CART debut at that year's Indianapolis 500. With backing from longtime supporter Applebee's Bonner secured a ride with Dale Coyne Racing. However, early in the month Bonner was struggling mightily to find speed in what was his first time on an oval, lapping only in the mid-210s, while many of the nearly 50 drivers entered were in the 220s. Bonner says that an impromptu ride in the pace car at the behest of Coyne made the difference.

"Dale somehow got a hold of the Cadillac pace car, took me for a ride and basically showed me how to get around the track. I'm not sure many car owners would have done that."

Unfortunately, same fate that befell many drivers on that cold, overcast day, befell Bonner, who crashed on lap 97, and finished 19th. Bonner's only Indy 500 would end with a visit Methodist Hospital in Indianapolis. Noting his presence at Methodist on that carnage-filled day amongst men with surnames such as Mears, Andretti and Fittipaldi, Bonner jokes "Methodist was like the hall of fame that day."

Bonner's best finish in an Indy Car would come two weeks later in Detroit, driving for A.J. Foyt. Foyt's driver Jeff Andretti had been injured severely at Indy. Bonner was called in as a replacement, and finished the race 10th. Two more starts would follow before Bonner decided to move south and try his hand in stock cars. Bonner doesn't exactly remember his days in stock cars, which included some starts in ARCA and the K & N Pro Series, fondly.

"It was a bit of a closed society and I was an outsider," says Bonner.

After a few years out of racing, Bonner would get the bug again.

"My wife and I were fairly serious mountain bikers," says Bonner. "So I started doing downhill mountain bike races and even started a team with a local mountain bike group called Rage on Boston and I even got Harpoon Brewery to sponsor us.

"After crashing and getting hurt at pretty much every race, my wife asked me why I was even racing downhill and I said 'because it reminds me of motocross,' and she said 'why don't you just race motocross then?'

"I proceeded to do that for the next couple of years at which time I found out why it's a bad idea to race motocross past the age of 40 since you don't bounce as well as you did when you were 20. THEN, I decided that I finally was going to road race motorcycles so I went to the Penguin Road racing school at NHMS where I had to lie and say I had my street bike license, when I fact I had never even ridden one before."

"I took the school on a Ninja 500 won my first Novice class race and then had the bright idea to buy the very fast GSXR-750 as my first race bike. The thing scared me so bad in the first practice that I was walking around the pits begging someone to trade me straight up for a Ninja 500! Fortunately, I never found anyone and learned how to tame that bike and went from Novice to Expert in a little over one season. I promised my wife that when my son was born, I would quit racing and it only took me until he was almost 2 to make good on that promise. I hung up my leathers in 2007."

Today, Bonner's passion is the blossoming careers of talents such as Newgarden, Pigot and Alberico; drivers, who in the opinion of Bonner "should have every opportunity."

"I decided when I got into this I didn't want to work with me…I was pretty good but some guys were like super-human," says Bonner commenting on his own driving career. "I wanted to work with the best.

Helping such talented young drivers is a motivating factor for Bonner. "The reason I'm in this business is because the financial model of motorsports is broken," says Bonner talking about the prevalence of drivers having to bring money to race. "If these three guys were in NASCAR, it would be a different conversation. The reality is they're racing open wheel."

And Pigot, for one, credits Bonner's efforts in his own career. "He's taught me a lot and helped us gain sponsors that have been very beneficial to my career. I've been working very closely with him over this off season to find the best opportunity for me in the Verizon IndyCar Series next year."

Of course, the three drivers are in different phases of their career. Newgarden became an IndyCar race winner this past year, and last week announced he had resigned with CFH Racing for 2016. As for Pigot, Bonner is encouraged by their efforts to "find Spencer a good home in IndyCar," and a possible Indy Lights effort for Alberico. And in his free time, there is another youngster whose career he has taken an interest in.

"I'm coaching my 10-year-old son in go karts and he's definitely got the racing bug already too. He recently finished 2nd in his first championship at the local track (Victory Lane Karting) and is doing endurance races now too, so I guess I'll be looking for sponsors for him soon!"

But chasing sponsors and nurturing the careers of young up-and-comers does not mean Bonner still doesn't have the itch to drive himself.

"All of this racing in the family has got me itching to get back into something soon and I have been looking longingly at that new Can Am-style series, the Unlimited Racing Championship. Of course, a problem Bonner understands all too may hinder any possible plans, noting, "the sponsor for that hasn't been found yet!"