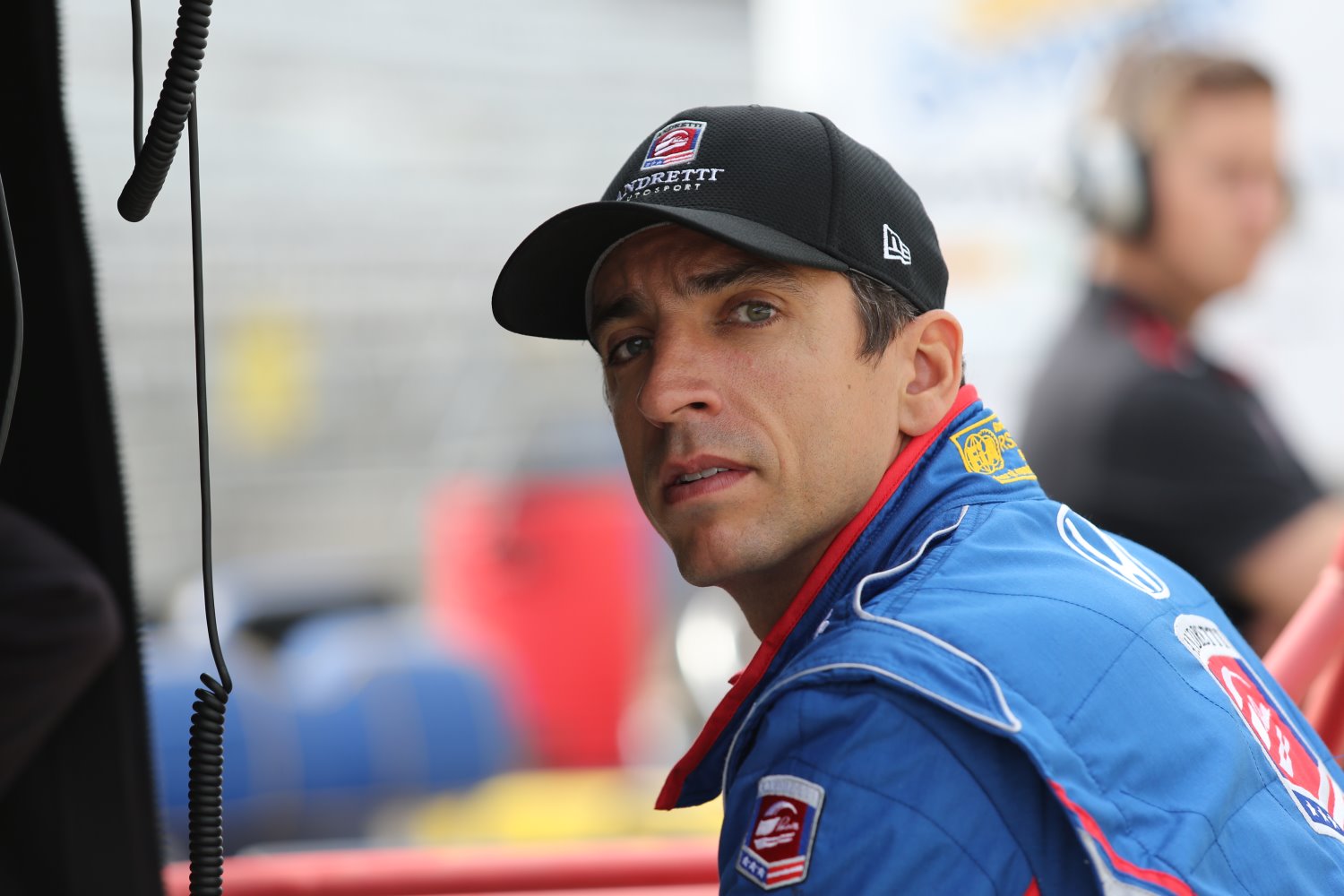 In a proper and fitting ceremony on Tuesday afternoon at the Indianapolis Motor Speedway, the IndyCar family joined together for "Celebrating the Life of Justin Wilson."

Wilson, a native of Sheffield, England passed away this past August 24th from a head injury sustained in a crash during the ABC Supply Pocono 500 the day before. The popular and beloved driver of the #25 Andretti Autosport Honda had scored 7 wins in 174 starts spanning 13 Indy car seasons. Wilson is survived by his wife Julia and two daughters, Jane, 7 and Jessica, 5.

With rainy, dreary weather Tuesday in Indianapolis, most arrived at IMS with umbrellas. They were greeted by the Boy Scouts of America handing out lapel pins with the Bad Ass Wilson logo. Wilson, of course, drove for many years on behalf of the Boy Scouts of America, during his days at Dale Coyne Racing. Wilson's name was also displayed on the IMS scoring tower.

IMS president Doug Boles served as MC of the event, which began with a moving video by NBC Sports analyst Robin Miller. Afterwards, we heard from numerous others including Michael Shank, who Wilson drove for as part of the 2012 Rolex 24 Hours of Daytona winning team. Shank expressed anger and disbelief of the senseless accident that claimed Wilson. Bill Pappas, former engineer with DCR while Justin was driving for the team, talked about what a great friendship Justin and him had through the years. 2015 Verizon IndyCar Series champion Scott Dixon gave a moving speech about the great driver and friend Justin was, followed by a champagne toast to the Gentle Giant. Dixon was amongst a group of many drivers who assisted leader Graham Rahal in organizing a benefit auction for Wilson's family.

And while he could not be in attendance, Wilson's longtime friend and former teammate AJ Allmendinger was brought into the celebration by video.

The gathering was attended by team members, members of the media, Honda and Chevy representatives, IndyCar drivers, team owners and people that worked within the series. Some traveled from England and Canada. Even though a few tears were shed hearing the stories and the jokes played during Justin's racing career, the mood was upbeat. Julia, Justin's widow and Stefan, his brother, were both smiling and laughing. I really appreciated the story about the first time Justin and Julia met, which was quite funny told in Julia's words.

Although sad, the day was a fitting tribute to a fine racer, gentleman, husband, father, brother and son taken from us much too soon.

Lucille Dust is an IndyCar Correspondent for AutoRacing1.