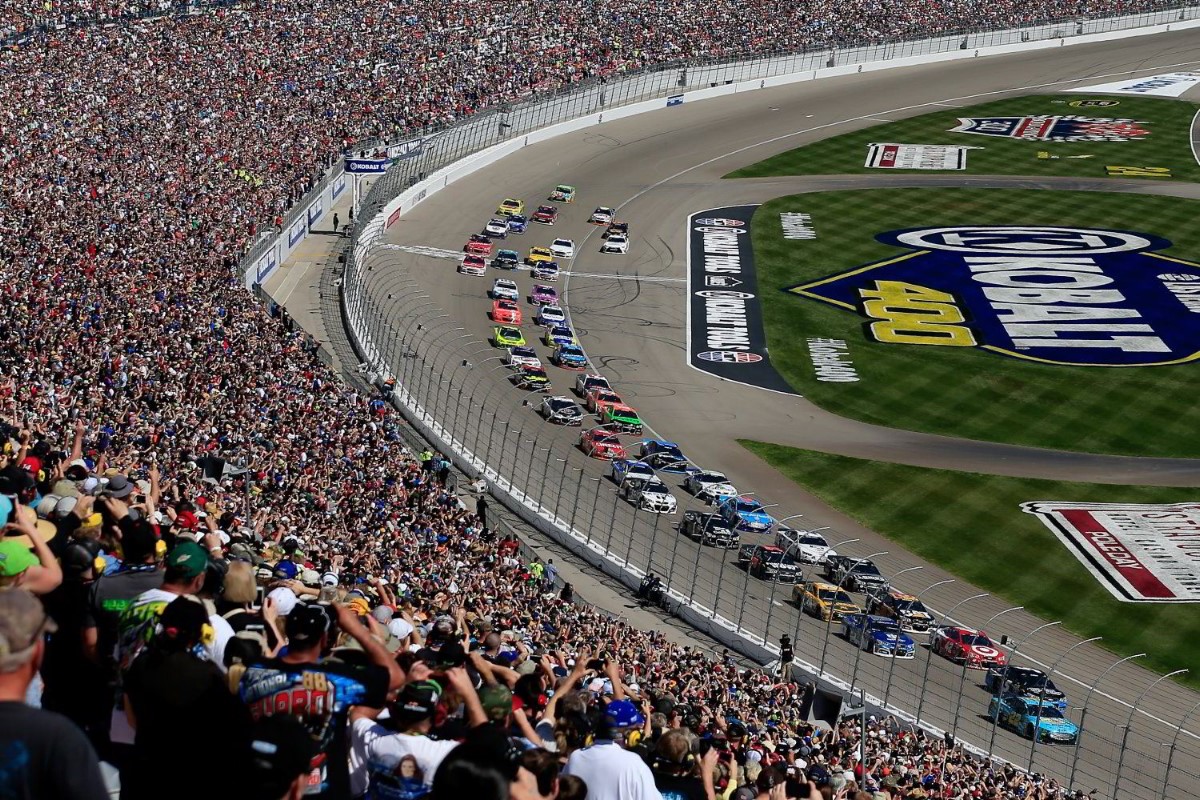 Under a five-year sponsorship agreement with the Las Vegas Convention and Visitors Authority, SMI will shift the fall Cup series and Camping World Truck Series races previously run in September at New Hampshire Motor Speedway as well as the NASCAR Xfinity Series race normally held in July at Kentucky Speedway to Las Vegas.

The LVCVA Board of Directors approved the sponsorship agreement on Wednesday afternoon.

"It's taken a tremendous amount of work to make this happen, and we are very thankful to the Las Vegas Convention and Visitors Authority and NASCAR for their support in our endeavor to create a triple-header NASCAR weekend in such a world-class destination."

Las Vegas will become the only track on the circuit to play host to two triple-header race weekends. NASCAR has already approved the swap ahead of the April 1st deadline to set the schedule for 2018, with the dates of the new Las Vegas races to be announced after NASCAR releases its 2018 schedule later this year.

"Las Vegas and Las Vegas Motor Speedway have become great destinations for NASCAR fans," said Steve O'Donnell, NASCAR executive vice president and chief racing development officer. "The experience is unique to any other in our sport. We look forward to having NASCAR racing there for two race weekends in 2018."

Las Vegas Motor Speedway first hosted the truck series shortly after the superspeedway opened in 1996. The track acquired a Cup Series race in 1998 and will host its 20th Cup event in just two days.

Under the terms of the agreement, the LVCVA would sponsor two races at LVMS from2018 through 2024 for $2.5million dollars a year plus an additional $500,000 in marketing for the events.

[adinserter name="GOOGLE AD"] Rumors of a possible swap of race dates among SMI-owned properties gained traction late last week following a story in the Las Vegas Journal Review that stated the Las Vegas Convention and Visitors Authority was considering a seven-year $2.5 million dollar annual sponsorship agreement with NASCAR that would include Las Vegas Motor Speedway getting a second race date in the fall, preferably a "top-tier" NASCAR race, which would indicate a Cup Series race.

During an appearance at the driver's meeting prior to last Sunday's Cup Series race at Atlanta Motor Speedway, Marcus Smith said the company would love to have a second date at the track, but would not elaborate as to which track would shift a date to Las Vegas.

New Hampshire Motor Speedway emerged as the most likely candidate to give up a date to Las Vegas, although rumors also put SMI's flagship track Charlotte Motor Speedway's fall race into the mix as well, but it now appears Charlotte's fall race is not only safe, but may utilize the newly configured infield road course for their fall date in 2018.

New Hampshire Motor Speedway has hosted NASCAR events since it first opened in 1990. The track was originally owned and operated by Bob Bahre and his family until the track was purchased by SMI founder Burton Smith in 2008.

Since 1997, the track has hosted two Cup Series dates – traditionally held in July and September – as well as one race each in the Xfinity and truck series. The track will now host just a single race weekend in July, although Smith left open the possibility of additional events to be held at the facility in the future.

"Fans and tourism officials in New Hampshire and Kentucky should know that we are still very committed to creating motorsports entertainment in those regions, " Smith said. " We will work hard to make sure the July NASCAR race weekends that we will continue to host in New Hampshire and Kentucky are bigger and better than over before for our fans, sponsors and stakeholders.

Bruton Smith has long sought a second date for the Las Vegas track, and in the past the company has swapped dates among its company-owned tracks or purchased other tracks outright to secure their coveted race dates.

In 1996, Smith and Bahre each purchased a 50% stake North Wilkesboro Speedway and spilt its two Cup dates among their properties, including a second date for New Hampshire and a Cup date for the newly built Texas Motor Speedway.

In 2004, SMI purchased Rockingham Speedway from International Speedway Corp. as part of a settlement of a lawsuit brought on by SMI shareholders and subsequently transferred its sole remaining Cup date to Texas to give that track a second race in the fall.

Then, in 2011, SMI transferred the second Cup Series race weekend from Atlanta Motor Speedway to its new property in Kentucky.