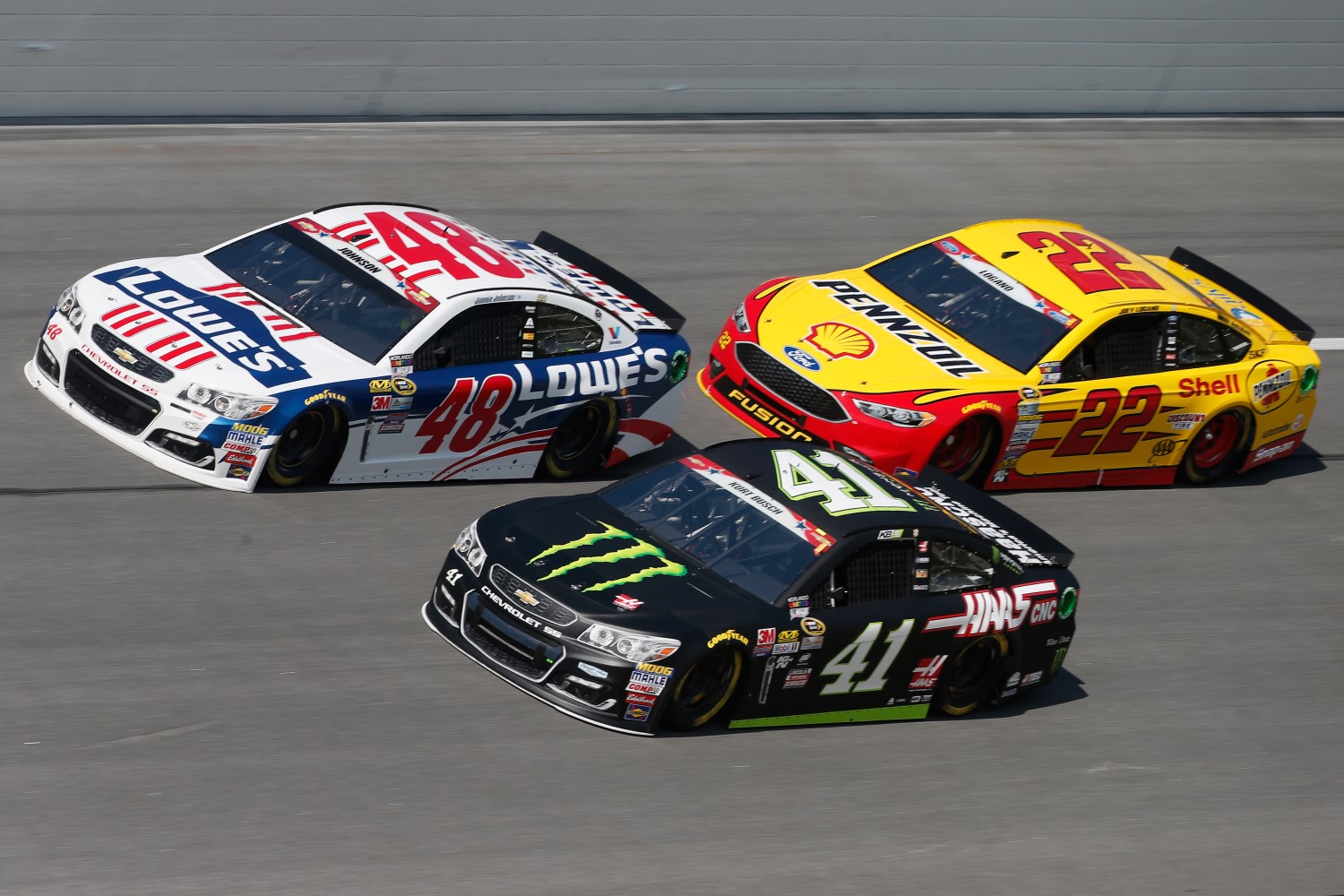 With the Advance Auto Parts Clash this weekend, the Daytona 500 the following weekend, and a host of other series starting in the coming weeks, the 2017 racing season is upon us. Below, I tackle a few of the major topics in the world of racing, as the new season approaches.

Look, I get what NASCAR is trying to do.

I get that crowds, television numbers, sponsor revenues, and interest amongst younger people are not anywhere near what they were a decade ago. I respect that in the face of declining market-share, NASCAR is not sitting idly by and allowing its sport to slide into irrelevance a la boxing.

And yes, I know that this new format, in which the races are divided into three point-awarding segments, has the 100% backing of NASCAR drivers as they made such a point to tell us.

The above noted, I have to ask: what about this new format makes the race more entertaining? Will people really care that Brad Keselowski got 10 points for leading at lap 50 of a race in March? While I think The Chase err…Playoff is hokey and contrived, I get that it's exciting. What the hook is here, I'm not really sure.

Granted, I'm not saying I have all the answers or that the answers are easy. I'm merely saying that this looks like Brian France & Co. have simply thrown spaghetti at the wall to see if something sticks…again.

Last year around this time, the Verizon IndyCar Series ventured to Avondale, Arizona for a test at the racy mile oval in the desert. Given the tenuous status of IndyCar oval events, the history of Phoenix International Raceway, and the fact INDYCAR had been away from PIR for 11 years, I argued that it was perhaps the biggest test in recent series history. The hope then was the series would generate interest for the upcoming race and settle on a reliable technical package to insure a quality show.

Generally speaking, I think they went 1-for-2. A sizable crowd (by testing standards) came out to see the Indy Cars in action for the first time in a decade. That was followed by a modest – although certainly not spectacular – crowd on race day prompting the hope attendance would improve future shows.

However, the quality of the show left A LOT to be desired. With the high down force Indy Cars glued to the racing surface, which had added banking in the intervening years, passing was sparse. Fast forward to last weekend's test at PIR and all indications are April's race could be similarly processional.

Now, I get technical changes mean added costs. But the better question at the moment is not what it might cost to tweak the package, rather what will it cost not to? We know INDYCAR is facing enough challenges in having viable events, particularly at oval tracks. They CANNOT afford another marginal show at Phoenix. But all indications are that might be exactly what we're looking at this coming April at PIR.

It was nice to see the relative parity between Honda and Chevrolet at the recent Phoenix test. You might remember Honda was completely out to lunch last year at Phoenix. However, the form in testing perhaps forecasts a stronger Honda stable in 2017.

An article came out Monday on Gordon Kirby's website suggesting that there may be more than meets the eye to Carl Edwards' recent retirement announcement. The 28-time NASCAR Cup Series winner of course made a shocking announcement last month that he was retiring from NASCAR. The fact Edwards is a mere 37-years-old, was with a top team, in fabulous shape, and had not given any significant hints (at least publicly) that retirement was coming made the decision very surprising.

At his press conference the notoriously private Edwards cited the desire to spend more time with his family and the dangers in racing as reasons to call it a career. In what wasn't a surprise, the pom pom wavers in the NASCAR media on-site for the announcement didn't exactly pepper Edwards with too many probing questions. And until Kirby's article Monday there had been little to no suggestion that there might be more to Edwards announcement than meets the eye.

However, Kirby indicated that a large financial transaction between Joe Gibbs Racing and the father of Edwards' replacement Daniel Suarez taking an equity stake in JGR could in fact have been the driving force behind the decision. Kirby went further noting that Edwards was being paid $15 million this season to not race and that he was lined up to drive a third Team Penske Ford in 2018.

For the record, Team Penske president Tim Cindric appeared to mock Kirby's suggestion on Twitter saying that Edwards would also be driving a 6th Team Penske car in this year's Indianapolis 500.

So who/what should we believe?

First, Kirby has a sterling reputation. Yes, he may have gotten some bad intel (this happens to any reporter from time-to-time), but let's be 100% clear: he isn't just making stuff up as Cindric seemed to suggest. He obtained what he perceived as credible information and reported it clearly acknowledging it wasn't certain fact. And while Cindric denied the story (at least that's what I inferred), let it be known that if the story does in fact have legs, this wouldn't be the first time a motorsports team principal has pulled such a stunt.

That's not to say that Kirby is right. Simply put, we don't know.

But my big-picture takeaway from Kirby's article is that there is likely more to Edwards 'retiring' than meets the eye; how much more remains to be seen. And I'll just say the skeptic in me has a real hard time believing that Edwards is going to be content a year from now running carpool and organizing bake sales.

Allow me a brief clarification before moving ahead. As a member of the media, I can tell you many media make the mistake of confusing "media problems" with well, something people actually care about. For example, I've seen media members complain in print about food quality at an event, or their credential status. Such matters are of absolutely zero concern to followers of the sport.

I ask that you do not mistake what follows with the above, as followers of the sport should know what a given sanctioning body is doing/not doing to provide media members with their ability to do a service the public covets: cover the sport.

Well, a few weeks ago NASCAR held its Media Tour in Charlotte. And if you have perhaps wondered while the coverage of the annual gathering seemed a bit lacking, I'm wondering if a few of the items below may explain why:

Throw in the fact media had to pay to park in downtown Charlotte and I think it's fair to ask: did they want people to just stay home?

Again, do not mistake the above with media bitching about media problems. If a series wants meaningful coverage, it is incumbent upon the sanctioning body to provide a legitimate platform and the proper tools for that coverage. Sure, throwing in a nice meal or making it easier to park helps in that regard. But ultimately providing access to the people the public wants to hear from is A MUST if you want meaningful coverage. Driver availability being 10 minutes is an absolute joke.

And while I don't know all the details here, this doesn't look like a sanctioning body that went out of its way to make that possible.

Is this the biggest deal in the world? No. Does is it reek of arrogance and carelessness? That might be a little strong, but I wouldn't entirely rule it out. Should it be upsetting to anyone who cares about the health of the sport and viability of the industry? Absolutely! And that to me is the most concerning takeaway.

I'd be remiss if I didn't mention the 40-year reign of Formula One chief Bernie Ecclestone coming to an end last month. Given the changing ownership of the sport, and Ecclestone's age (he's 86), his ouster had in recent years become a matter of when, not if.

Say what you will about Ecclestone: cold, ruthless, condescending, and arrogant are but a few less than flattering terms that can be rightly used to describe the longtime F1 boss. But make no mistake: there has been no more impactful figure in racing history than Ecclestone. Simply put, Formula One as we know it is unimaginable without him.

While people probably don't realize it now, Ecclestone will be missed, and impossible to replace.