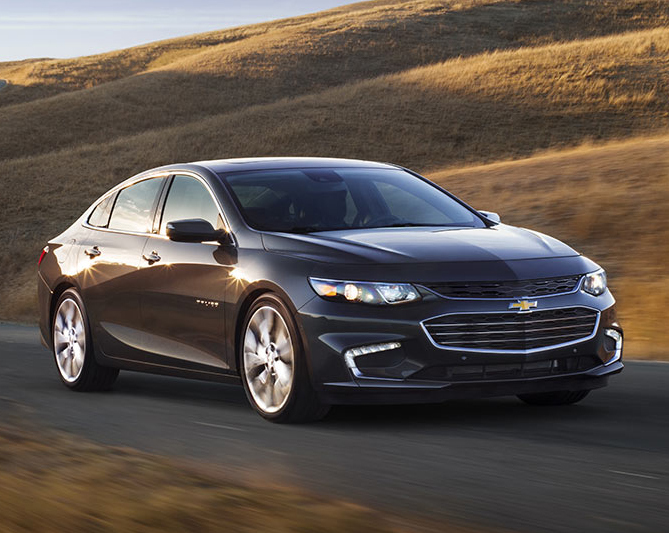 Chevrolet's first nine-speed automatic transmission makes its debut in the 2017 Malibu and will be available in the 2017 Cruze Diesel and 2018 Equinox, advancing a legacy of multispeed transmissions designed to optimize efficiency, performance and refinement.

The new, General Motors-developed Hydra-Matic 9T50 nine-speed is paired with the available 2.0L Turbo engine in the Malibu, contributing to an EPA-estimated 33 mpg highway — a 3 percent increase over the 2016 model with the six-speed automatic.

"In addition to improved fuel efficiency, the 9T50 offers a strong overall balance of performance and refinement that customers will feel at all driving speeds," said Dan Nicholson, vice president, Global Propulsion Systems. "By the end of 2017, Chevrolet will offer four models with the new nine-speed."

The new nine-speed has a wider 7.6:1 overall ratio — the difference between the first gear ratio and the top gear ratio — compared to the six-speed's 6.0:1 ratio, with a "deep" 4.69 first gear that supports excellent off-the-line acceleration and a "tall" 0.62 top gear for low-rpm highway cruising. That balance optimizes acceleration and fuel economy and reduces engine noise during cruising.

"The smaller steps between the gears, compared to the six-speed, enable smooth, almost imperceptible upshifts, for excellent refinement," said Nicholson. "No matter the engine torque or vehicle speed, the 9T50 is always in the perfect gear."

The new transmission also supports stop/start technology that can help save fuel by allowing the engine to shut down in certain stop-and-go driving conditions.

"Everything about the new nine-speed is designed to maximize benefits for the customer," said Steve Majoros, director of Chevrolet Marketing. "It helps offer greater fuel efficiency in the city and on the highway, all with the world-class refinement that makes the drive quiet and smooth."

GM will rapidly deploy the new Hydra-Matic nine-speed automatic transmission as an option on 10 vehicle models by the end of 2017.

[adinserter name="GOOGLE AD"]Selectable one-way clutch
Developed for the tight packaging requirements of transverse propulsion systems, the new 9T50 nine-speed automatic has an on-axis design, where all the gears are in line with the crankshaft, and GM's first application of a selectable one-way clutch. Both features help reduce the package size, making it roughly the same size as a six-speed transmission.

The selectable one-way clutch, which can hold torque or freewheel, depending on the desired operating mode, contributes to a smaller overall size by eliminating the need for an additional clutch pack.

"The selectable one-way clutch is one of the biggest enablers of the 9T50's balance of efficiency and refinement," said Steve Saia, chief engineer. "It also symbolizes GM's acumen when it comes to designing advanced, compact multispeed transmissions."

Shift smoothness
For precise and smooth shifts, a specific strategy is used in the selection of the gearsets, clutches and torque converter. Five planetary gearsets are used with four stationary clutches and three rotating clutches, saving space compared to freewheeling designs. Gears change from second- to ninth-gear ratios with precise clutch-to-clutch shifting, where the clutch is engaged in one gear at exactly the same time it is released from another.

The first-to-second upshift is a freewheeling shift. The second-gear clutch engages while the first-gear one-way clutch spins freely, contributing to greater refinement at lower vehicle speeds.

Additionally, this planetary-type automatic transmission employs new torque converter technology to help it deliver smooth take-off performance and additional refinement. The converter features a hyper-elliptical oval cross-section that reduces the thickness of the torque converter, keeping the overall width of the engine and transmission as narrow as possible for packaging advantages.

Shift controls and active oil management
Shift controls include automatic grade braking that selects a lower gear to help maintain desired vehicle speed when coasting or braking on a downgrade. This takes advantage of engine braking to help prevent unwanted acceleration and can help reduce the need to brake during a descent. The control module receives input that monitors brake pedal usage, vehicle acceleration, throttle position, grade and whether a trailer is connected to the vehicle.

The 9T50's hydraulic system is controlled electronically to deliver the pressure and volume required for various operating temperatures for optimal efficiency. The valve body side cover acts as an internal expansion tank, holding the excess oil until it is required and then returning it to the sump when needed.

The 9T50 is filled with DEXRON-VI fluid that does not require changing under normal driving conditions. It was developed for a more consistent viscosity profile, consistent shift performance in extreme conditions and less degradation over time.