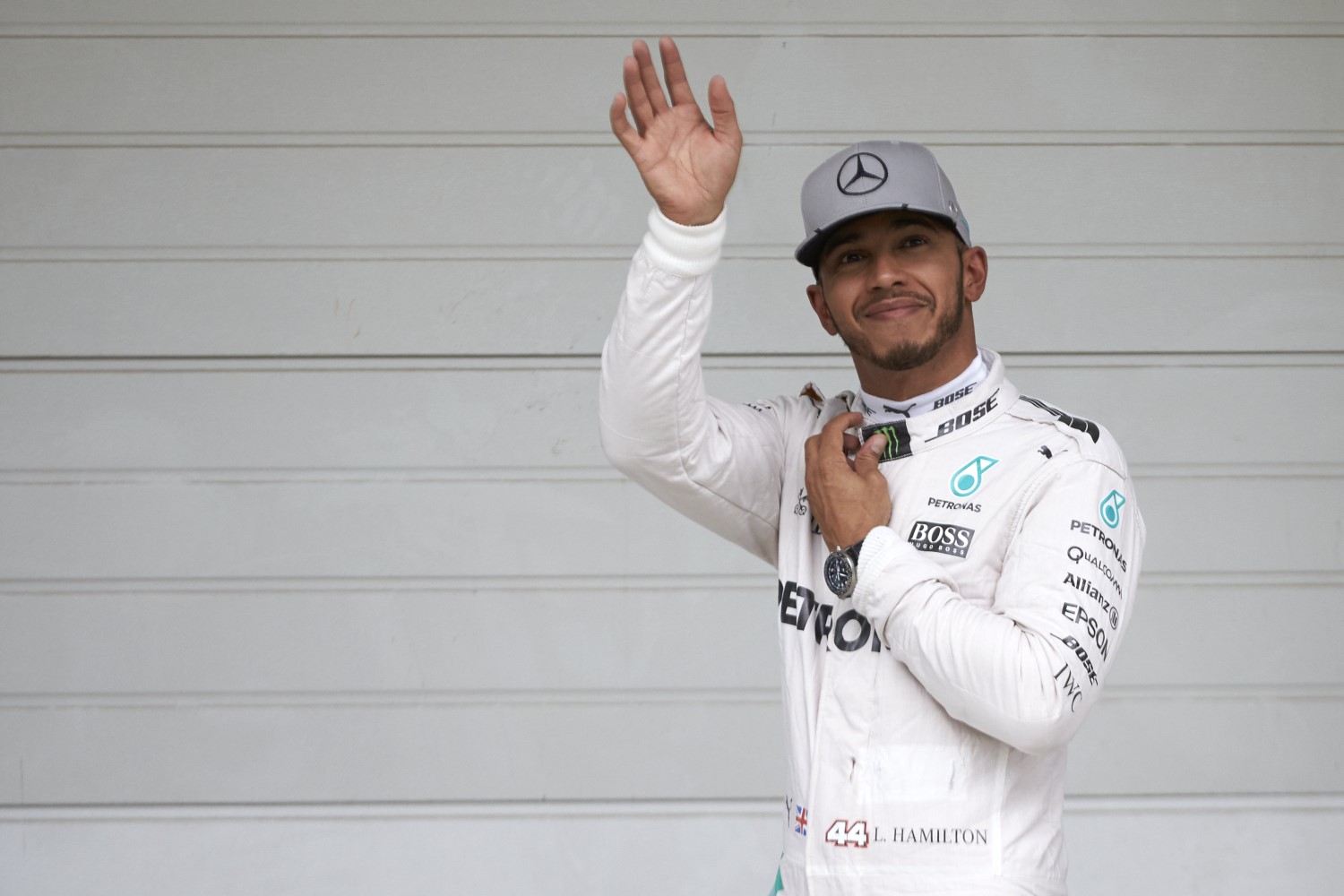 Aldo Costa cars set a new record at Interlagos Saturday as Mercedes won their record 19th pole of 2016 in qualifying for the Brazilian GP.

Lewis Hamilton turned a lap of 1m10.736s to beat his teammate and points leader Nico Rosberg by 0.1 sec. Kimi Raikkonen will start third after a lap of 1m11.404s in his Ferrari. It was the 11th pole of the year for Hamilton and 60th of his career.

Aldo Costa designed cars have dominated F1 for the past three years just like his cars did in the Michael Schumacher era at Ferrari.

Daniel Ricciardo was sixth for Red Bull, with Romain Grosjean an impressive seventh for Haas. The Force Indias of Nico Hulkenberg and Sergio Perez, along with McLaren’s Fernando Alonso, completed the top ten.

The biggest shock of Q2 was both Williams failing to make the cut, with Valtteri Bottas and Felipe Massa 11th and 13th respectively, split by the Haas of Esteban Gutierrez. Also going out in the second phase were Toro Rosso duo Daniil Kvyat and Carlos Sainz, and Renault’s Jolyon Palmer.

Hamilton nailed it again on his second run to stop the clocks at 1m 10.736s, which was just as well as Rosberg’s 1m 10.838s improvement bettered his own first-run time. The other big mover was Raikkonen, who leapt to third on 1m 11.404s as Verstappen, Vettel and Ricciardo all failed to improve.

Lewis Hamilton
It's been feeling great all weekend. Every session today I was up front and able to maintain that position, finding a little bit more each time I went out. So, I'm really, really happy with it. I don't know how obvious it is watching at home but, with this being one of the shortest circuits on the calendar, it's somewhere that even the smallest margin can make a huge difference and it's usually close out there. It's a really tricky track to get right. For example, all weekend my first sector times were quite good but then I never really got it together through there in qualifying. When you have such a short lap, getting your tires ready for the first flying lap is often difficult, so you can go into the first three corners without them being fully up to temperature yet. It's quite bumpy in places and the middle sector puts a lot of heat through the tires, so overall it's definitely a tough circuit. It's all about having a good balance of patience and not being too greedy in some places. I've felt strong in every aspect and in all conditions throughout this weekend, so I'll prepare the best way I can for tomorrow and see how it goes from there. I'm ready.

Nico Rosberg
That was a pretty intense qualifying out there today. I was able to improve my times from lap to lap which felt good and it was all going very well. I found a good balance, a good rhythm… a good everything, really. Then, on my last run I was able to improve again – but at the end Lewis was just that little bit quicker. But that's the way it is and there is still a lot to play for tomorrow. To win the race is definitely still possible from this position. The start is always a possibility and also with strategy it could be interesting tomorrow. I also had a good long run this morning, so I am looking forward to a great race in front of this fantastic crowd.

[adinserter name="GOOGLE AD"]Toto Wolff, Head of Mercedes-Benz Motorsport
What a fantastic qualifying session with everything coming down to the final lap between the two boys. Lewis did a great lap and was quickest in every part of qualifying – but Nico was actually a few hundredths ahead on his final lap until Turn 12, where he couldn't get on the throttle early enough and lost the advantage up the hill. It was just a really tight session with both drivers on the limit and slugging it out on track, just like it should be. Looking ahead to the race, the weather forecast looks uncertain and it will be down to our drivers to make the most of their opportunities. Our job is to make sure that we don't let them down. The other positive from today was a surprisingly good gap to the teams behind – bigger than we have seen recently. But that can easily change in different circumstances during the race.

Paddy Lowe, Executive Director (Technical)
Very interesting conditions out there today – although not as bad as they might have been. We saw some very light drizzle drifting in every five to ten minutes but fortunately never enough to significantly slow the track. So, in the event we ran a straightforward programme – opting to head out early in each session to ensure we got our laps in while the track was still dry. The Q3 finale between our two drivers was incredibly close and very exciting to watch. Nico was actually slightly up coming into the last corner but just lost a fraction in those final moments, with Lewis holding on to a very strong pole position. Congratulations to them both on what was a really spectacular performance to lock out the front row. The stage is set for a closely fought battle tomorrow, in what has been a tightly contested title battle all season so far. We look forward to seeing how the latest chapter in that story unfolds tomorrow.