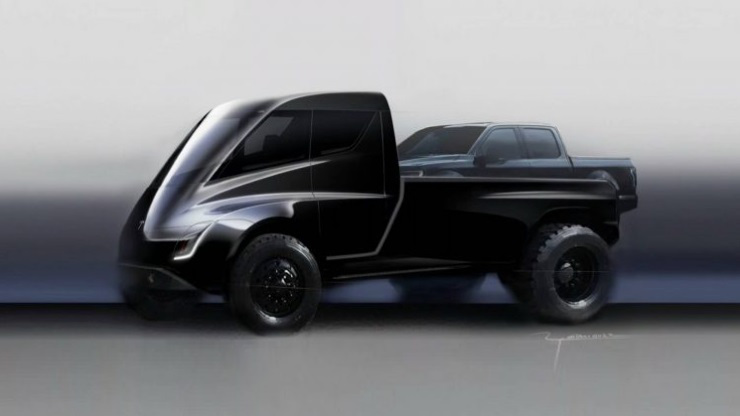 Elon Musk teased details for a pickup truck that would challenge Ford Motor Co. and others in one of their most lucrative segments–though, true to form, the Tesla Inc. chief was vague about his intentions.

In comments posted Tuesday on Twitter, Mr. Musk said the truck would come after the electric-car maker releases a new compact sport-utility vehicle, which the billionaire entrepreneur has suggested could hit the road as soon as 2019.

Mr. Musk, responding to a question on the social-media platform about how the truck’s size would compare to Ford’s best-selling F-Series, said his pickup would be similar if not slightly bigger “to account for a really game changing (I think) feature I’d like to add."

A pickup would allow Tesla to enter a market that has long fueled traditional U.S. auto makers’ bottom lines. Analysts estimate the average pickup earns more than $10,000 in profit for Ford and General Motors Co.

The vague statement to his 17.1 million Twitter followers was a classic Musk move: stoking enthusiasm for future products laid out in his so-called “Master Plan, Part Deux" even as he struggles to bring his latest vehicle to market.

Tesla is rushing to ramp up production of the Model 3 sedan after delaying Mr. Musk’s goal of making 5,000 a week by year’s end until late in the first quarter of next year.

The Silicon Valley company has attributed delays to battery-pack assembly at its factory near Reno, Nev. The Wall Street Journal in October reported an assembly plant in Fremont, Calif., wasn’t ready when production began in July.

“Seems like Tesla is biting off a lot and should focus to master the Model 3 first," Michelle Krebs, an analyst for Autotrader, said Tuesday.

“I promise that we will make a pickup truck right after Model Y," Mr. Musk said in the conversation on Twitter. “Have had the core design/engineering elements in my mind for almost 5 years. Am dying to build it."

In April, Mr. Musk said on Twitter the new pickup would be unveiled in 18 to 24 months. Then in September, as he prepared to reveal a commercial semi trailer truck for 2019, he coyly responded to a question on Twitter about whether the pickup would be next by asking: “What if we just made a mini version of the Tesla Semi?" WSJ.com