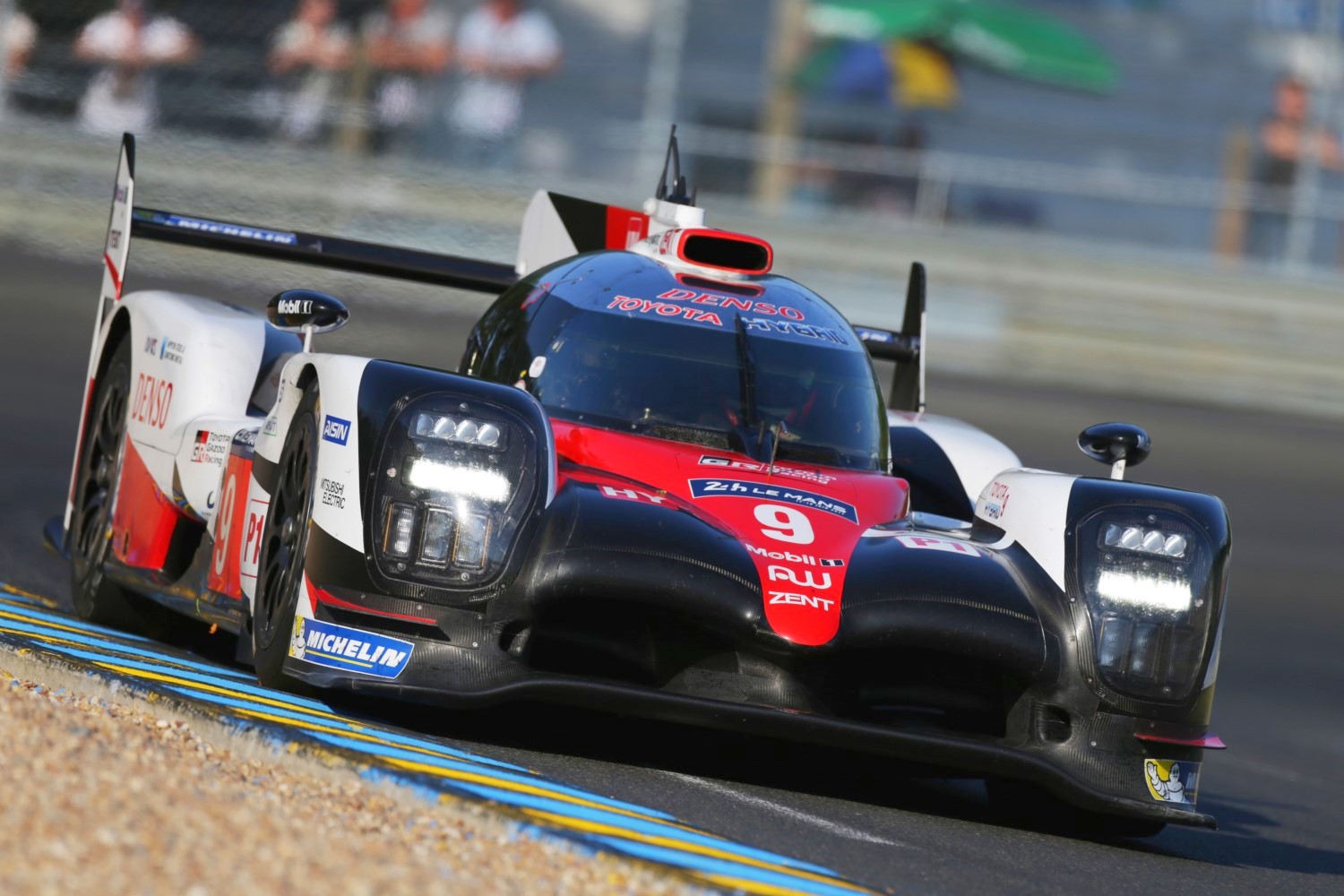 UPDATE This rumor is almost 'fact' now with today's announcement that Alonso will test with Toyota Sunday.

11/11/17 (GMM) Fernando Alonso has refused to deny reports he will definitely contest the fabled Le Mans 24 hour race next year.

With an eye on motor racing's famous 'triple crown', the Spaniard tackled the Indy 500 this year and is rumored to have visited top Le Mans team Toyota's Cologne headquarters last week.

It is believed he will test the Japanese marque's LMP1 prototype in Bahrain next week.

Now, Marca sports newspaper claims that a 2018 Le Mans deal between the McLaren driver and Toyota is done.

"Yesterday I said we will see if there could be a possibility or not, but right now there is nothing," Alonso said in Brazil.

"Nothing has happened from yesterday to today because I'm here, and nothing will happen in the next few days," he added.

Yet another rumor is that Alonso will not only race at Le Mans, but run the entire world endurance championship season alongside F1 next year.

"If it was up to me I would race every weekend," Alonso said. "I would just need McLaren's permission."

McLaren team boss Eric Boullier said in Brazil: "I do not think you can do two complete programs. Physically it's too complicated.

"Le Mans, the Indy 500 or Daytona is possible because they're isolated events, but two programmers is a great distraction when your priority commitment is formula one," the Frenchman insisted.

As for Alonso saying he is seeking McLaren's "permission", Boullier answered: "Fernando said he is willing to do some races of the triple crown he wants to achieve.

"But the negotiations are case by case. Our job is to give him a great car in 2018 so he does not get distracted," he added.

11/10/17 (GMM) Fernando Alonso is not denying speculation he is on a fast track to next year's Le Mans.

The latest rumor is that Alonso will test the LMP1 car in Bahrain next week.

"I also read the news but I have no comment.

"I am often in places between one grand prix and the next, we will see," Spanish reports quote the 36-year-old as saying in Brazil.

When asked specifically if he is testing the Toyota next week, Alonso answered: "I have nothing to comment on that for now.

"Next week I will be home and we'll see if I can rest and recover a bit after a few of these races in different time zones," he said.

As for speculation of a 2018 assault on Le Mans, Alonso answered: "There is no pressure on me to do that race next year. I am at an age where I can still compete at Le Mans for many years."

This year, the Spaniard tackled the Indy 500, which along with Le Mans and the Monaco grand prix is part of his goal of winning the famed 'triple crown'.

It is already known that Alonso will race at Daytona early next year, as part of McLaren executive Zak Brown's United Autosports entry.

And now the specialist sports car source Dailysportscar is reporting that the 36-year-old has this week been at Cologne for a seat fitting.

Earlier, Alonso was linked with a top LMP1 Toyota seat for next year's Le Mans, and that possibility has now taken a step forward given arch rival Honda's McLaren split.

A Toyota spokesperson said: "We have no comment on this speculation."

But F1 rival Sergio Perez said Alonso's plans to race outside of F1 are "great".

"Obviously, Fernando is wanting to experience a lot, with Indy, the (Daytona) 24 hours and probably he might also think of Le Mans," he said.