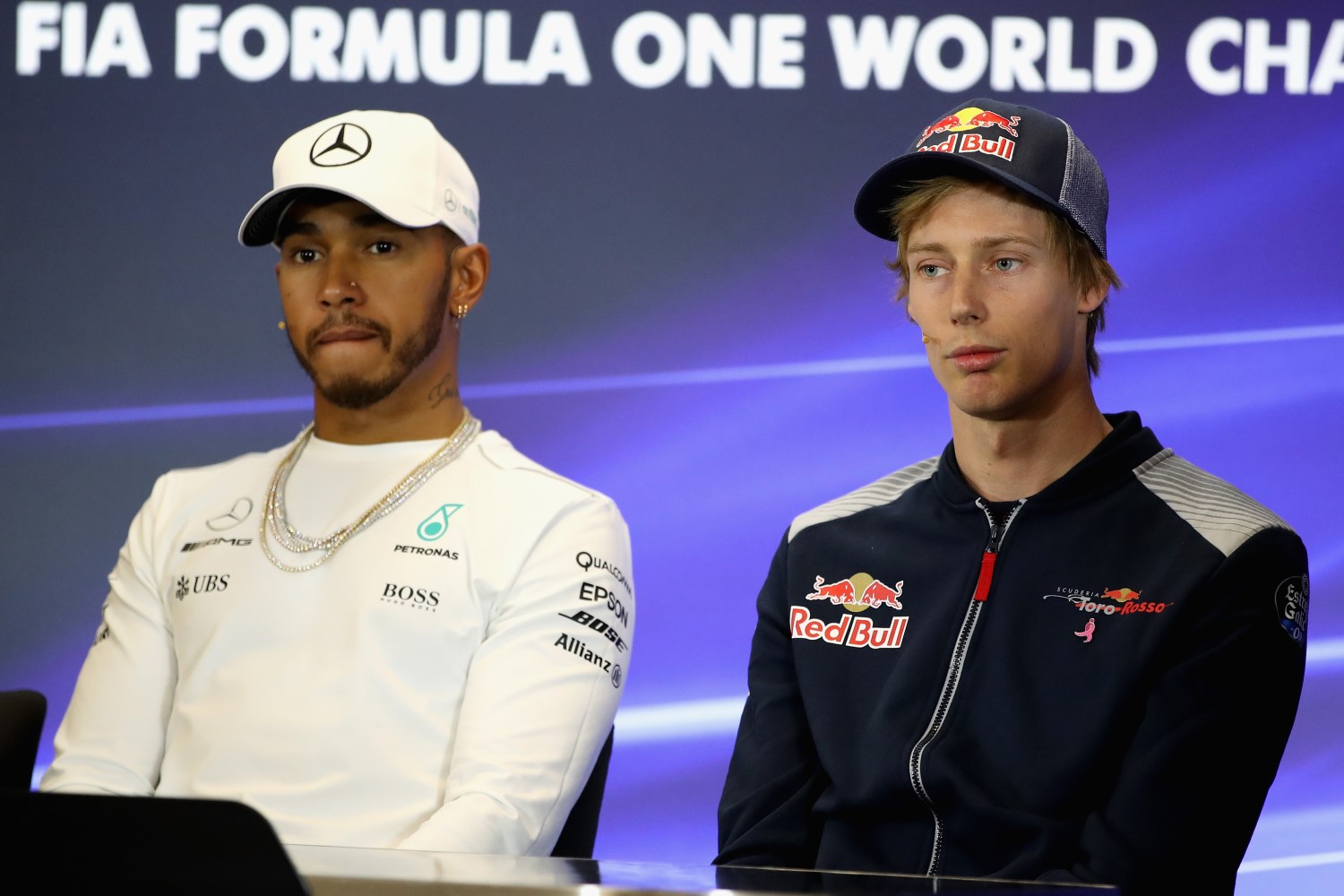 UPDATE This rumor is downgraded to 'false' after the announcement that Ed Jones will drive the #10 Ganassi IndyCar in 2018 and Hartley will remain in F1, having chosen #28 as his permanent number.

10/19/17 In today's press conference in Austin, Brendon Hartley says his interest in racing in IndyCar next season remains.

The New Zealander will make his Formula 1 debut at Circuit of The Americas for Toro Rosso in the United States Grand Prix.

"Nothing's been confirmed for me for next year," Hartley said. "I haven't asked too many questions and have just been focused on trying to do the best I can this weekend, because I've got a fair amount on my plate to figure out and do a good job. So, I'm trying not to think further forward. But yeah, I was looking at IndyCar and I still am. Nothing confirmed for next season yet."

"Actually, there have been no expectations set for my F1 debut. To be honest, some of the team members I'm just meeting for the first time today, and yesterday during the seat fit. I made the seat yesterday!

"When it was announced that Porsche would stop endurance racing in LMP1 for next year, I called Helmut Marko and I said, 'Look, I'm a different driver than I was 10 years ago, I've learned a lot, and if there is ever an opportunity I am ready.' He didn't say much, he just said he got the message, and three months later he made the call.

"This happened very quickly. I didn't know about it much sooner than the press did. It's been quite a whirlwind of a couple of weeks to arrive here. Yeah, I'm pretty relaxed at the moment, all things considered.

"I'm really looking forward to getting out on track. Obviously I've had quite a bit of time to chat to the engineers, to go through some data, a little bit of time on the sim. But I'm looking forward to free practice one and see how comfortable I feel and working towards the race start on Sunday, which is a big moment for me, so yeah, really excited."

09/15/17 Tony Kanaan said the IndyCar season finale will be his last with Chip Ganassi Racing. Asked during Friday practice about speculation concerning his future, Kanaan said it was final race with Ganassi. The two are not in discussion about 2018, and Kanaan has heard talks that he'll be replaced in the No. 10.

The 27-year-old Kiwi would replace the outgoing Tony Kanaan in the No. 10 Honda to form an all-Kiwi lineup with four-time champion Scott Dixon. Current CGR drivers Max Chilton and Charlie Kimball are unlikely to be retained as the team ponders returning next season in a downsized, two-car program. Kanaan, as RACER's Robin Miller reported, will join A.J. Foyt Racing on a two-year deal.

Hartley, a favorite of Honda Performance Development, was shopped to multiple IndyCar teams as proven talent to consider for 2018. It's believed he came close to signing on with another team, possibly as James Hinchcliffe's teammate at Schmidt Peterson Motorsports, before Ganassi is said to have intervened.

"First, if [another owner] wanted to sign him up that bad, he could have signed him," Ganassi told RACER. "And secondly, Hartley's one guy we're talking to, among others."