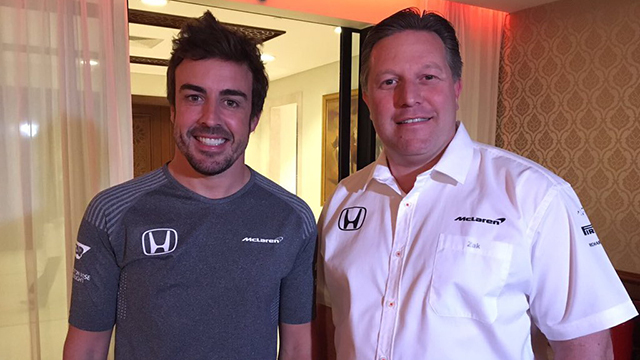 UPDATE This rumor is upgraded to 'fact' today. Fernando Alonso will return to take part in another iconic American race in 2018 when he drives for United Autosports in the Rolex 24 at Daytona, RACER reports.

Rumor has it that Fernando Alonso will drive in the 2018 Rolex 24 Hours of Daytona (Florida), the first event of the IMSA season, next January.

The McLaren driver is rumored to be driving one of the two Ligier JS P217s fielded by United Autosports, a team owned by Zak Brown who is none other than the director of McLaren Technology.

Fernando Alonso might be teamed with Paul di Resta we hear.

United Autosports could make the announcement in the near future. Stay tuned……