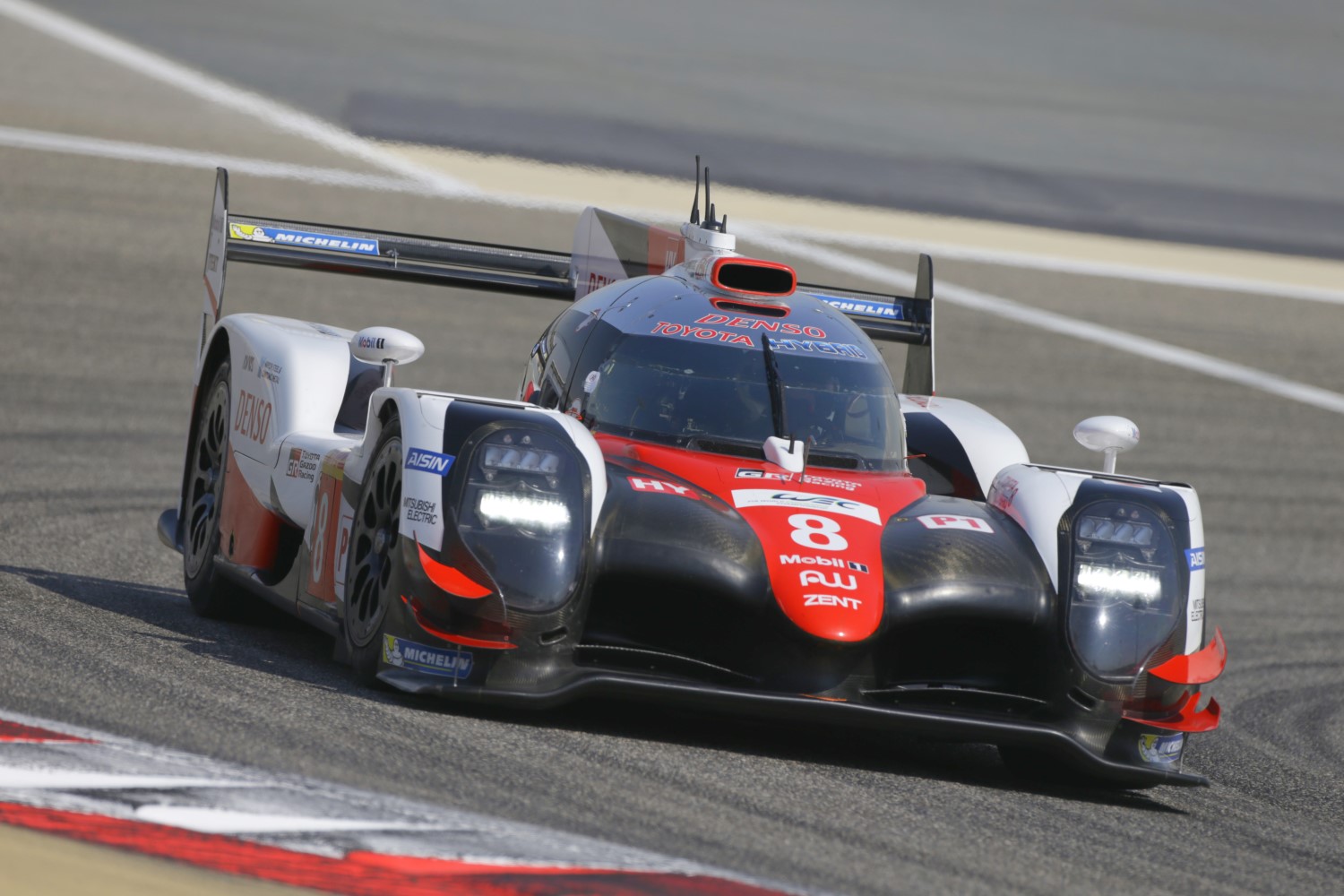 Toyota took its fifth win of the season in tonight’s 2017 FIA World Endurance Championship finale, the 6 Hours of Bahrain.

The No.8 of Sebastien Buemi, Kazuki Nakajima and Anthony Davidson won ahead of the two departing Porsche 919 Hybrids, the German cars appearing for the last time in the WEC. The paddock has united this weekend to pay tribute to the most successful car of the recent era, and the team which has won three consecutive FIA World Endurance Manufacturer Championships.

Ferrari proved once again to be the team to beat, with the No.71 488 GTE of Sam Bird and Davide Rigon being gifted the win in the LMGTE Pro class by their team mates James Calado and Alessandro Pier Guidi in the No.51 who clinched the GT FIA World Endurance Championship title.

The duo was pushed hard by their AF Corse teammates throughout and the No.67 Ford GT of Andy Priaulx and Harry Tincknell which finished third. AF Corse sealed its fourth GTE Pro Teams Trophy in six seasons.

The LMP2 class was nail-bitingly close right to the checkered flag, with the No.31 Vaillante Rebellion of Bruno Senna, Julien Canal and Nicolas Prost taking the checkered flag first and, as a result, the championship title as well.

Their victory came despite a power steering problem which hampered them, and allowed the No.38 to get close, but not quite close enough. The LMP2 Drivers’ title goes, however, to just Senna and Canal (his second and Senna’s first) as Prost missed one round this season.

In LMGTE Am, Paul Dalla Lana, Pedro Lamy and Mathias Lauda gave the venerable Aston Martin Vantage the best possible send off by winning and securing the FIA World Endurance Trophies for GTE Am Teams and Drivers.

It was the trio’s fourth victory of the season, but their consistency and seven pole positions also added to their points’ tally. Farewell then to the Vantage, and welcome to its 2018 replacement which will be revealed by Aston Martin next week in London.