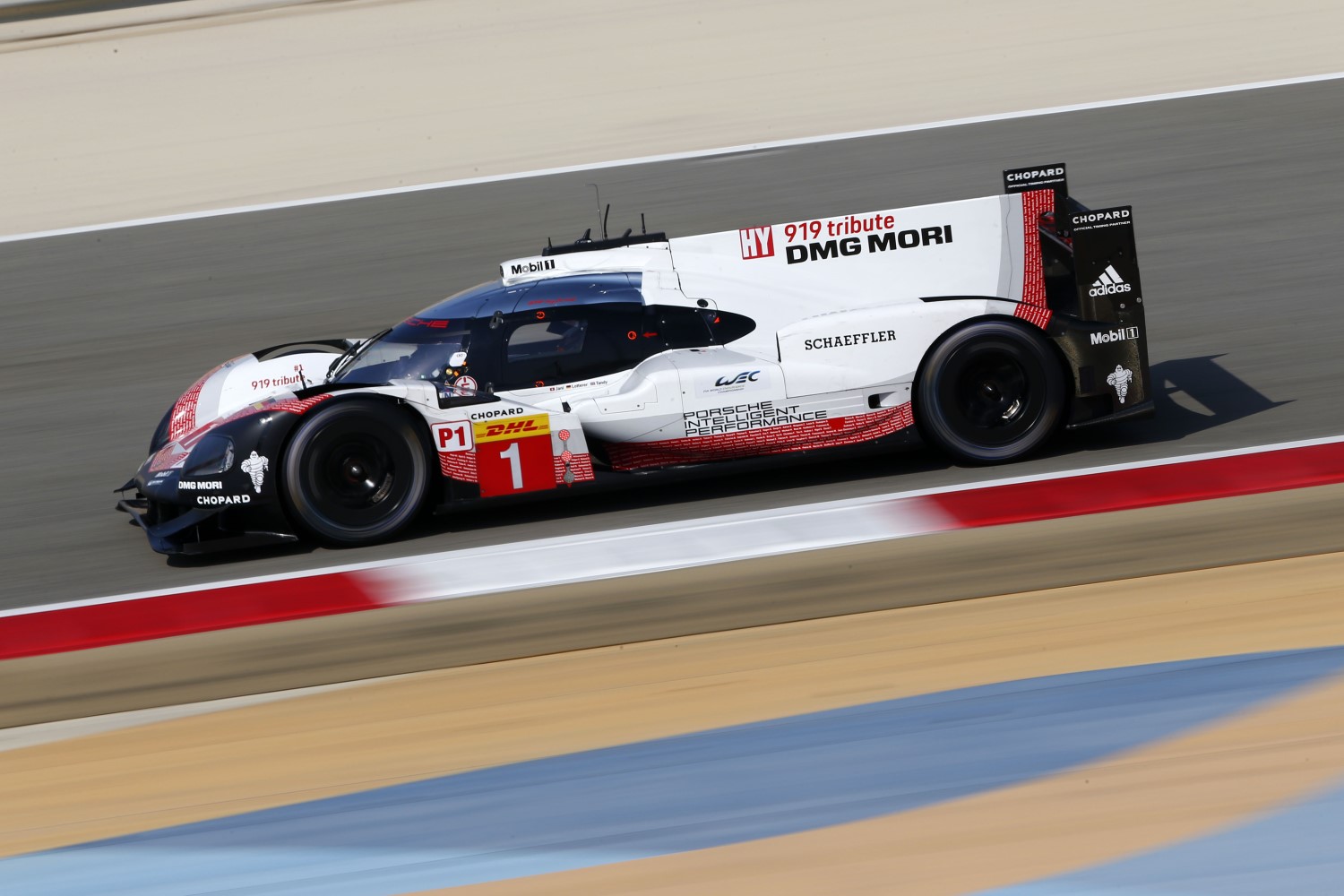 Neel Jani (CH) and Nick Tandy (GB) have achieved the Porsche 919 Hybrid’s 20th pole position in what was the Le Mans Prototype’s last qualifying. Together with Andre Lotterer (DE), they will head into the final round of the 2017 FIA World Endurance Championship (WEC) on Saturday in Bahrain.

The #7 TS050 HYBRID of Mike Conway, Kamui Kobayashi and Jose Maria Lopez held top spot for much of the session but was denied a fifth pole of the season in the closing minutes by Porsche #1. They will start from second.

It was a more challenging qualifying for the #8 TS050 HYBRID of Sebastien Buemi, Anthony Davidson and Kazuki Nakajima which will start from fourth.

In the short 20 minute WEC qualifying session it is the average time of the two fastest laps of two drivers that counts. Jani/Tandy (1:39.383 minutes) and Bernhard/Hartley (1:40.011 minutes) were on duty at the Persian Gulf for the final qualifying. The overall fastest lap was achieved by Jani in 1:39.084 minutes.

The 919 Hybrid’s impressive tally since its debut back in 2014 reads: 20 pole positions from 34 races with 13 front row lock-outs. Remarkably in the 2015 season when three manufacturers competed in LMP1, only the 919s made it on to the front row.

The majority of the race will take place in darkness so qualifying also took place after sunset.

Negrao was second fastest after the first runs aboard the French team's ORECA-Gibson 07 while Menezes lapped within three tenths of his teammate's time.

Rigon posted the fastest time in class with a 1m56.021s in the first runs and then Bird was only a couple of hundredths slower as they set end up on a 1m59.033ss average aboard the #71 Ferrari 488 GTE.

Pedro Lamy and Paul Dalla Lana took a seventh GTE Am class pole of the season in their Aston Martin Vantage GTE.

[adinserter name="GOOGLE AD"]Drivers Porsche 919 Hybrid car number 1:
Neel Jani (33, Switzerland): "I thought to myself, this is the last ever qualifying session for the 919 Hybrid and I have to use everything I’ve learned over the past four years . . . and obviously this was successful. I’m mega happy that we got pole-position here. Nick’s lap in his second attempt was good too. I've taken quite a lot of poles with the 919, like the very first one together with Marc Lieb at Spa in 2014 and now the very last one. So far this part of the 919's story is full circle for me. But tomorrow we want to bring the last win home as well!"

Nick Tandy (33, Great Britain): “To claim pole position for the 919's final race is fantastic and great for the Porsche team's morale. We put everything in to the qualifying session. We did one more run than we'd planned but it was necessary and was ultimately a good strategy. It's a super feeling being on pole!"

Drivers Porsche 919 Hybrid car number 2
Timo Bernhard (36, Germany): “A tough qualifying. The balance was different to what we had in Free Practice and not 100% perfect. P3 seemed to be the maximum we could achieve today. But congratulations to our 'sister' car, it was an awesome lap from Neel. Now we look forward to the race – the battle is on."

Brendon Hartley (28, New Zealand): “We started quite well and I was half a second up on the 'sister' car despite the balance being completely wrong on my first lap. After Timo's run, we decided to save our tyres for the race. It should be a good fight tomorrow."

Mike Conway (TS050 HYBRID #7): “My time was a bit compromised because I had to slow down on my out lap to get a clear track and I lost temperature in the tyres. So the first sector wasn’t perfect but the rest of the lap was good. It looked like we had pole but Porsche #1 used an extra set of tyres which we weren’t prepared to do because the race is priority for us."

Jose Maria Lopez (TS050 HYBRID #7): “I am quite happy considering it’s my first time at this track in an LMP1 car. I did a good lap and was only a couple of tenths down on Mike. Every time we have started from pole position this season we haven’t achieved the main objective of winning, so maybe second place will be kinder to us!"

Anthony Davidson (TS050 HYBRID #8): “We decided to use the same tyres and that was a challenge for my lap. I did the best I could but I was a bit disappointed with how it went in general. It was not the best qualifying but the race is what counts. We have shown before that we can win from the second row so I am still confident."

Kazuki Nakajima (TS050 HYBRID #8): “It was a difficult qualifying for me due to the traffic. Also, we decided our tyre strategy to give priority to the race. I hope that decision is going to give us a better chance tomorrow. Generally we were happy with the car; qualifying doesn’t mean much so we still have a good chance."