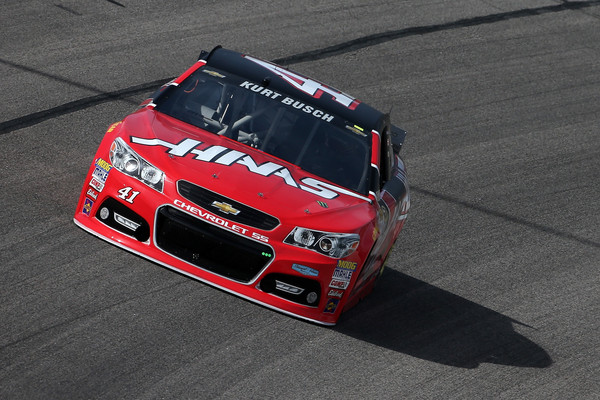 Kurt Busch made it two poles in a row at Texas Motor Speedway Friday with a speed of 200.915 mph in his #41 SHR Ford Fusion, a new track record.

Playoffs contender Chase Elliott’s No. 24 Hendrick Motorsports Chevrolet failed pre-qualifying inspection, and he will start at the back of the field Sunday. Hamlin’s No. 11 and Harvick’s No. 4 were also among several cars that had trouble getting through inspection, but the No. 11 did finally pass and Hamlin was fifth-fastest in the first round of qualifying.

XFINITY Playoffs contender Daniel Hemric piloted Paul Menard’s No. 27 Chevrolet in qualifying after driving the car in practice earlier after Menard and his wife, Jennifer, welcomed their second child this week. Hemric spun his No. 21 Chevrolet in final XFINITY practice but was OK after that wreck.