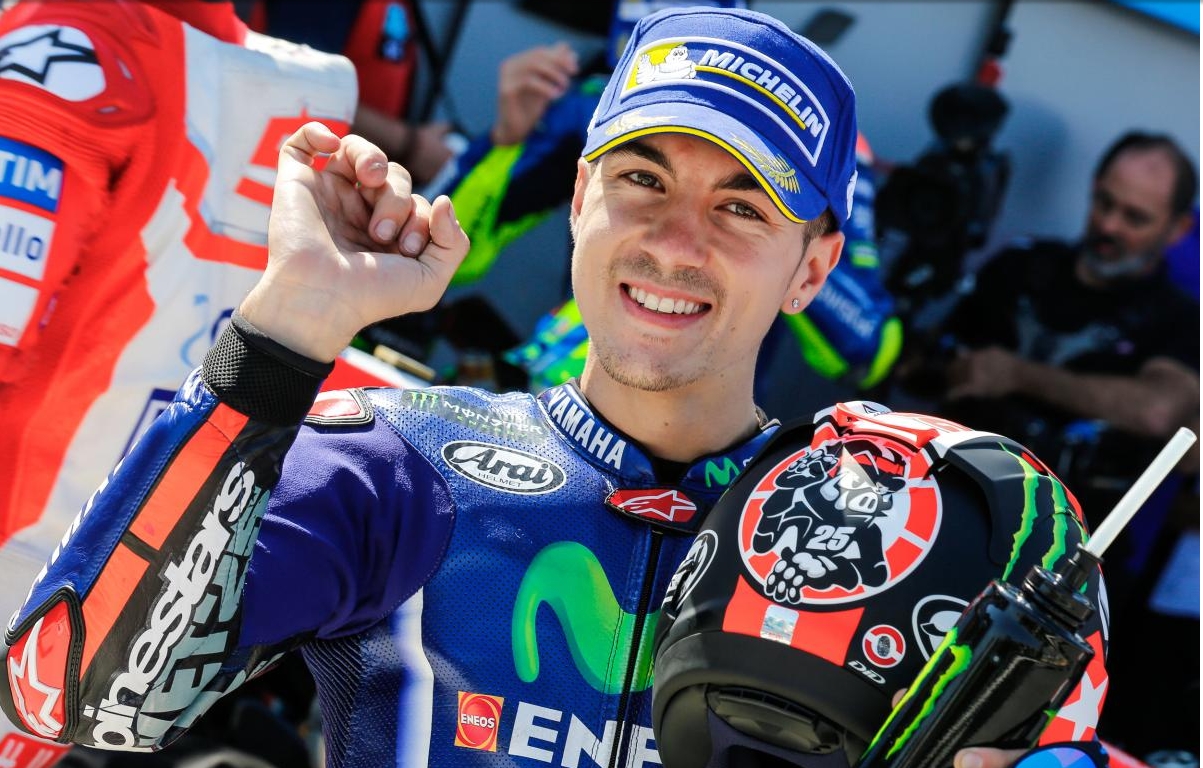 But the real surprise was Valentino Rossi who will start third after breaking his leg in two places recently in a motocross accident.

Marquez, who has been on pole at Aragon every year, was all set for a fifth consecutive pole at the halfway stage of Q2, after he put up a benchmark of 1m47.963s that put him three tenths up on the pack.

But at the start of the final runs, Marquez lost control of his Honda at Turn 12 with two minutes left on the clock and went sliding into the pea gravel in front of his Spanish fans.

Moments later, Yamaha's Rossi – just 23 days on from breaking his right leg in a motocross crash – jumped to the top of the times on a 1m47.815s but that was surpassed first by his teammate Vinales, who went 0.180s faster at 1m47.635s and then by Lorenzo.

Cal Crutchlow will start in fourth, only 0.015s behind Rossi, while Marquez found himself in fifth, ahead of teammate Dani Pedrosa.

Marc Marquez said after his fall, "Today wasn’t easy because with conditions completely different from yesterday, we started from zero and maybe we didn’t immediately find the best direction with the setup of the bike. I was fast in FP3 but actually I wasn’t feeling perfectly comfortable. We made some changes for FP4 and I finally felt good on my last run with used tires. That’s positive and we’ll keep working in that direction in the warm-up to further improve the setup.

"In qualifying I probably pushed a bit too much, went wide, and crashed. So, second row is not the best, but our speed is there and I’m happy with that. We need to analyse everything and make a good tyre choice, which will be challenging as we don't have much data, but anyway, I think we have the pace to fight for the podium."