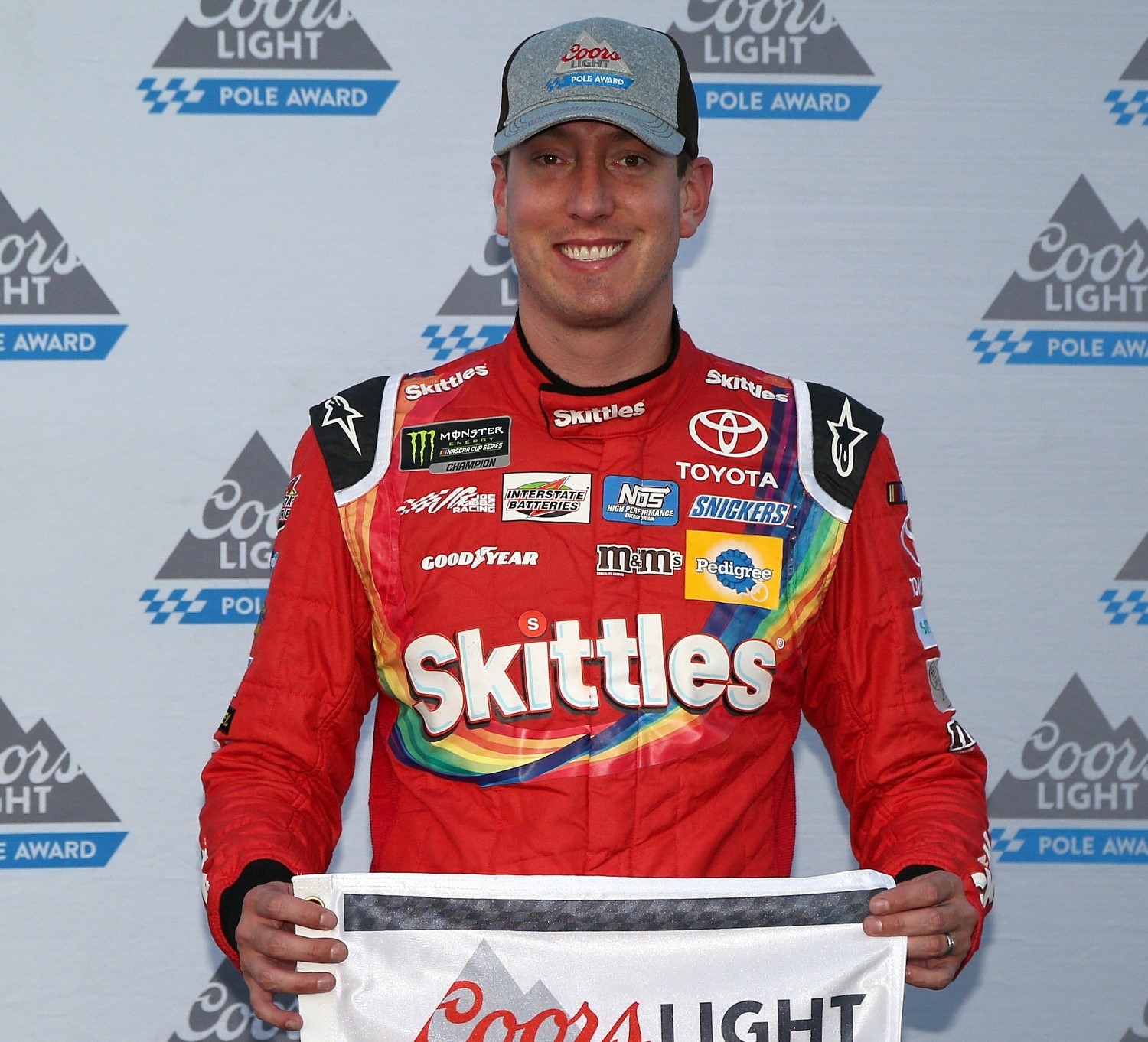 Fresh from a Twitter war with Brad Keselowski, Kyle Busch proved a point with his pole run at Chicagoland Speedway–and may just have proved Keselowski’s.

“We are all in for a rude awakening," Keselowski tweeted two hours before Friday’s knockout qualifying session at the 1.5-mile track, site of Sunday’s Tales of the Turtles 400, the first event in the Monster Energy NASCAR Cup Series Playoff (Sunday, Sept. 17 at Chicagoland Speedway at 3 ET on NBCSN). “Haven’t let a manufacturer get this far ahead since the ’70s."

The tweet was a reference to Toyota’s recent dominance in NASCAR’s foremost series, and after a snarky social media exchange with Keselowski, Busch let his No. 18 Camry do the talking, leading all three rounds of qualifying and capping the session with a blistering 28.792-second circuit at 187.963 mph in the money round.

The Coors Light Pole Award was Busch’s first at Chicagoland Speedway, his seventh of the season and the 26th of his career.

[adinserter name="GOOGLE AD"]“Now he’s doing the opposite. As far as having Twitter wars or whatever else, I don’t know. I’d like to not have to. I guess somebody needs to take it off my phone."

Ten of the 16 Playoff drivers advanced to the final round, with regular-season champion Martin Truex Jr. qualifying third in the No. 78 Toyota. Kevin Harvick was the top Ford driver in fourth, followed by Keselowski in fifth. Kyle Larson in sixth had the fastest Chevrolet.

Joey Logano in seventh and Clint Bowyer in 11th were the only two non-playoff drivers to crack the top 12.

Kasey Kahne was bumped out of the top 24 in the final minute of the first round and was the only Playoff driver who failed to advance beyond that point.

The disparity between the third-round runs of Busch and Hamlin had the latter wondering where his teammate found such blazing speed when it counted.

“It wasn’t because his car was that much faster," Hamlin said. “He must have done something inside the car better than I did, so I’ll have to look at the data and see what line he took and how much throttle he used, because I know there’s not three tenths between our cars, for sure."

Busch had a ready answer.

“It’s because I’m in a Toyota–that’s why right?" he said, taking another not-so-subtle dig at Keselowski. “Just great adjustments there, because we were kind of free there the first couple of runs and were trying to get the balance there.

“And the last run, our balance was way better, and we were able to attack it and get the most out of it. That’s all she had."

Note: Ryan Blaney qualified 12th, failing to make a qualifying run in the final round. The reason? His No. 21 Wood Brothers Ford was out of fuel. Trying to keep the car as light as possible, the team filled the car with just enough fuel to complete three rounds. But a red flag for Erik Jones’ spin in the second round canceled one of Blaney’s laps in progress and forced him to run extra laps–and to run the car out of gas.