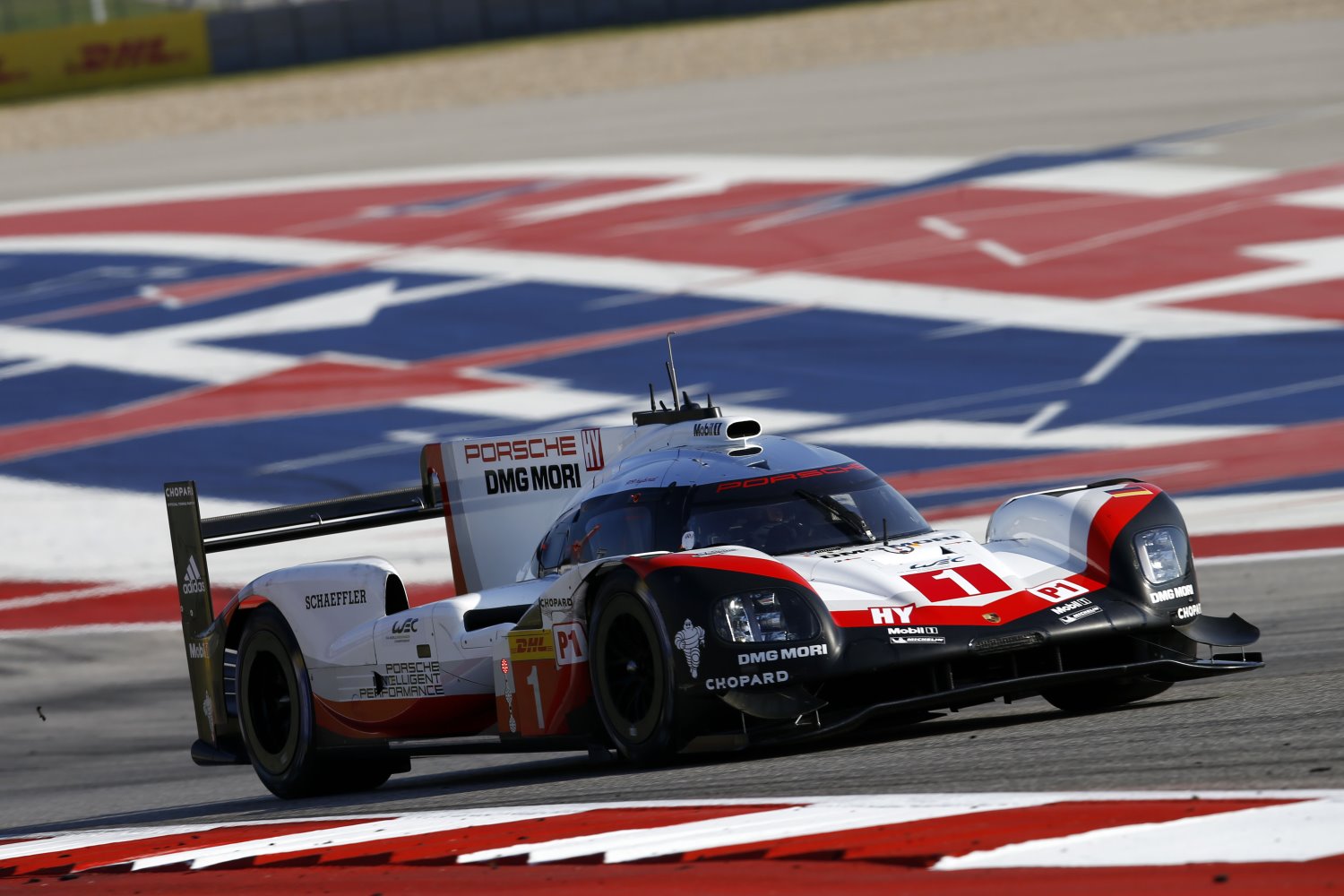 In the WEC, the average of the two fastest laps of two drivers counts for the qualifying result. Jani did the overall fastest lap on the 5.513 kilometer long Circuit of The Americas in 1:44.656 minutes. Afterwards, Tandy held his nerve when he had to go on a second lap in the 20 minutes long session. His first lap time was deleted because of exceeding track limits. Tandy managed another top lap time. With an average time of 1:44.741 minutes, car number 1 stayed on P1. Bamber/Bernhard achieved an average time of 1:44.994 minutes for car number 2. All four Porsche drivers topped last year’s best mark of 1:45.703 minutes set by Lotterer in an Audi.

It is the 18th pole position for the Porsche 919 Hybrid since its debut in 2014 and the third this year. Less than two weeks ago, Porsche managed a front row lock-out in Mexico City. However, the qualifying success of 2015 will remain historically unique: Back then no car other than a Porsche 919 Hybrid made it on to the front row all year at a time when three manufacturers contested the ultra-competitive LMP1 category.

Jani and Tandy’s combined time was 0.253 seconds quicker than the No. 2 Porsche, qualified by Earl Bamber and Timo Bernhard, with Toyota Gazoo Racing a distant third and fourth, with the No. 8 Toyota TS050 Hybrid more than 1.6 seconds adrift.

Despite topping the time charts in Free Practice 3, the Japanese manufacturer struggled for two-lap pace in the hot afternoon conditions.

Signatech Alpine Matmut scored its second straight pole in LMP2, thanks to a 1:54.024 average by Nico Lapierre and Andre Negrao in the No. 36 Alpine A470 Gibson.

The pairing edged out the No. 13 Vaillante Rebellion Oreca 07 Gibson by 0.251 seconds, with the class championship-leading No. 38 Jackie Chan DC Racing Oreca set to roll off from third on the grid.

Before the six-hour race that starts at noon on Saturday, Porsche has scored 199 points in the manufacturers’ world championship with Toyota on 141.5 points. In the drivers’ rankings, Bamber/Bernhard/Hartley lead with 134 points. After wins in Le Mans, at the Nurburgring and in Mexico, they are 41 points ahead of the best placed Toyota trio. Jani/Lotterer/Tandy lie third in the championship (65 points).

The Porsche LMP Team after qualifying

Fritz Enzinger, Vice President LMP1: "Once again the level of how perfect the team prepares both our 919 Hybrids is impressive. Additionally, a great performance by our drivers, earned us a second consecutive front row lock-out. That’s obviously ideal for the start of the race and apparently our cars quite like the high temperatures. We are very much looking forward to tomorrow."

Andreas Seidl, Team Principal: "Considering the extra load that comes from the heat, this team performance is especially remarkable. Having both our Porsche 919 Hybrids on the front row gives us the best chance for the race. However, we expect the same high temperatures tomorrow and therefore the six-hour race will feel extremely long. But with all what we have learnt during free practice in the recent days, we feel well prepared for round six of the championship."

Drivers Porsche 919 Hybrid car number 1:
Neel Jani (33, Switzerland): "Achieving the second pole position for our car this year is just a super feeling. It was also an exciting session when Nick had to go again. Our car, as well as us drivers, coped well with the heat. I’m looking forward to tomorrow’s race."

Nick Tandy (32, Great Britain): "On my first lap I hit the curb on the inside of turn 19. The car jumped and I then ran wide on the exit. Track limits are limits, we all know that and in case anything unforeseen happens, we always leave ourselves enough time for a second run. On this second lap, I had a good idea of how the track was plus how the car was and I felt very comfortable."

Drivers Porsche 919 Hybrid car number 2
Earl Bamber (27, New Zealand): "It was a close qualifying. Timo had a good lap on our car but I made a few mistakes on my lap that cost us pole position today. Well done for car number 1 and let’s have a good race tomorrow."

Timo Bernhard (36, Germany): "This was once again a superb team effort. It is very close between our two cars and, of course, both want to be in front. Congratulations to our sister car for pole position!"