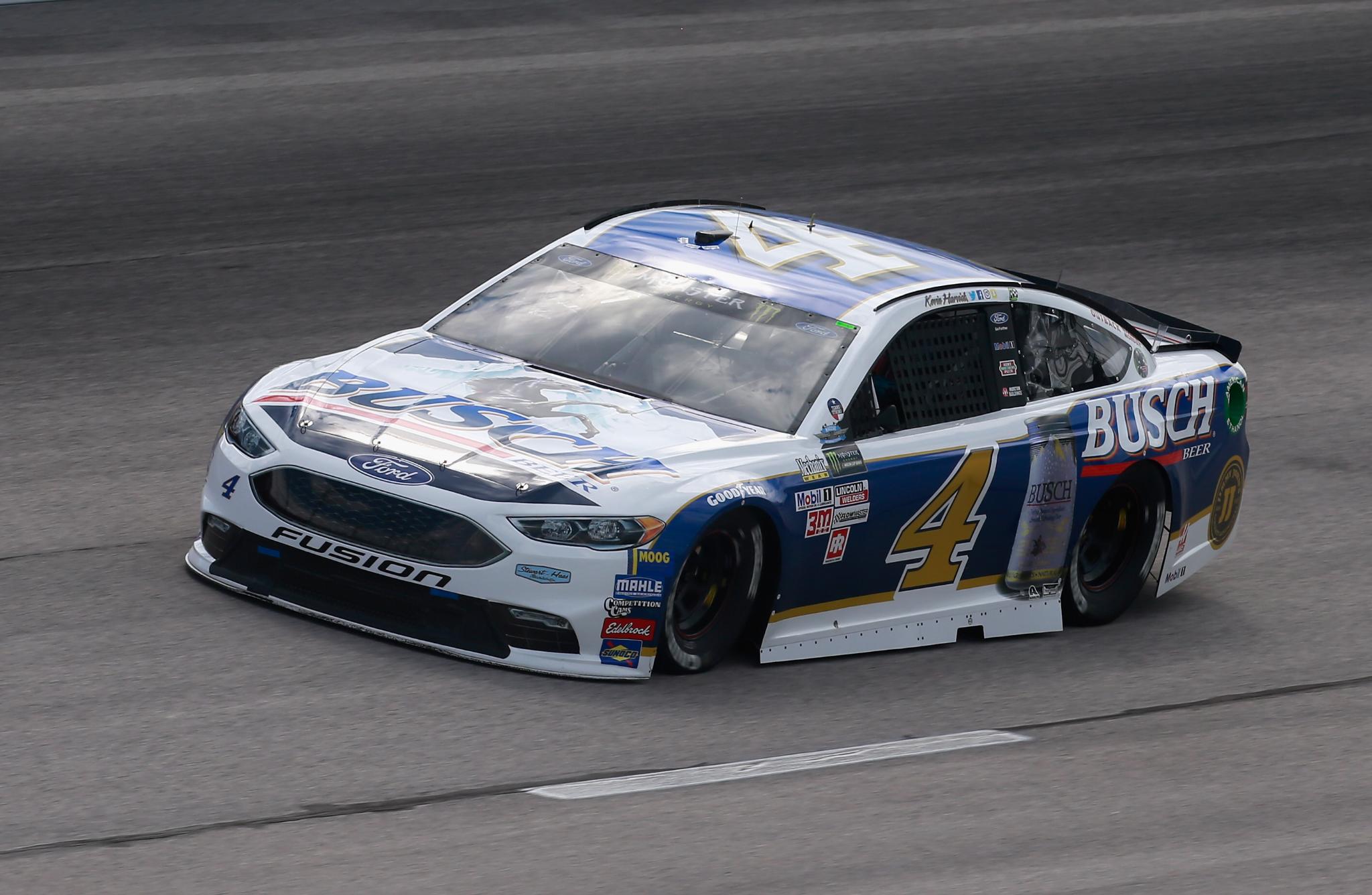 Driving throwback paint scheme on his no. 4 Busch Beer Chevrolet honoring five-time Southern 500 winner Cale Yarborough, Harvick swept all three rounds of qualifying to secure his fourth pole of the season and 21st of his career.

Harvick lapped the field with a speed of 177.730 mph to knock his Stewart-Haas Racing teammate Kurt Busch from the top spot, then sweated it out as Brad Keselowski, Kyle Busch and then Truex tried and failed to unseat Harvick from the top spot.

It was the third-career front-row start in the Southern 500 for Harvick, who finished runner-up to Truex Jr. in last year's race.

"It feels pretty good. We're on the pole," said Harvick. "It's been a good start to the weekend for us and the car is driving good and we we're able to put three laps together. Everything is going well."

Harvick paced the opening round of qualifying, running 178.187 mph to lead Matt Kenseth, Kurt Busch, McMurray and Truex, Jr. to advance to the second round.

Round two was more of the same, with Harvick going right back on top after a single lap, clocking in with a 177.511 mph run to lead Erik Jones, McMurray, Larson and Kyle Busch.

The opening rounds set the stage for Harvick's final run for the pole as the sixth driver to take to the track, going straight to the top of the scoring pylon for the final time the second straight year and taking the coveted first pit stall for Sunday night's race.

"That was definitely a good, successful qualifying session for us," said Truex, Jr. "It – we thought we were off a little bit the first round then just kept working on the car and kind of adjusted the driving style a little throughout all three rounds and we ended up second. So seems like we've been second a lot this year and it's been a good number for us and hopefully it'll be a good one tomorrow night."