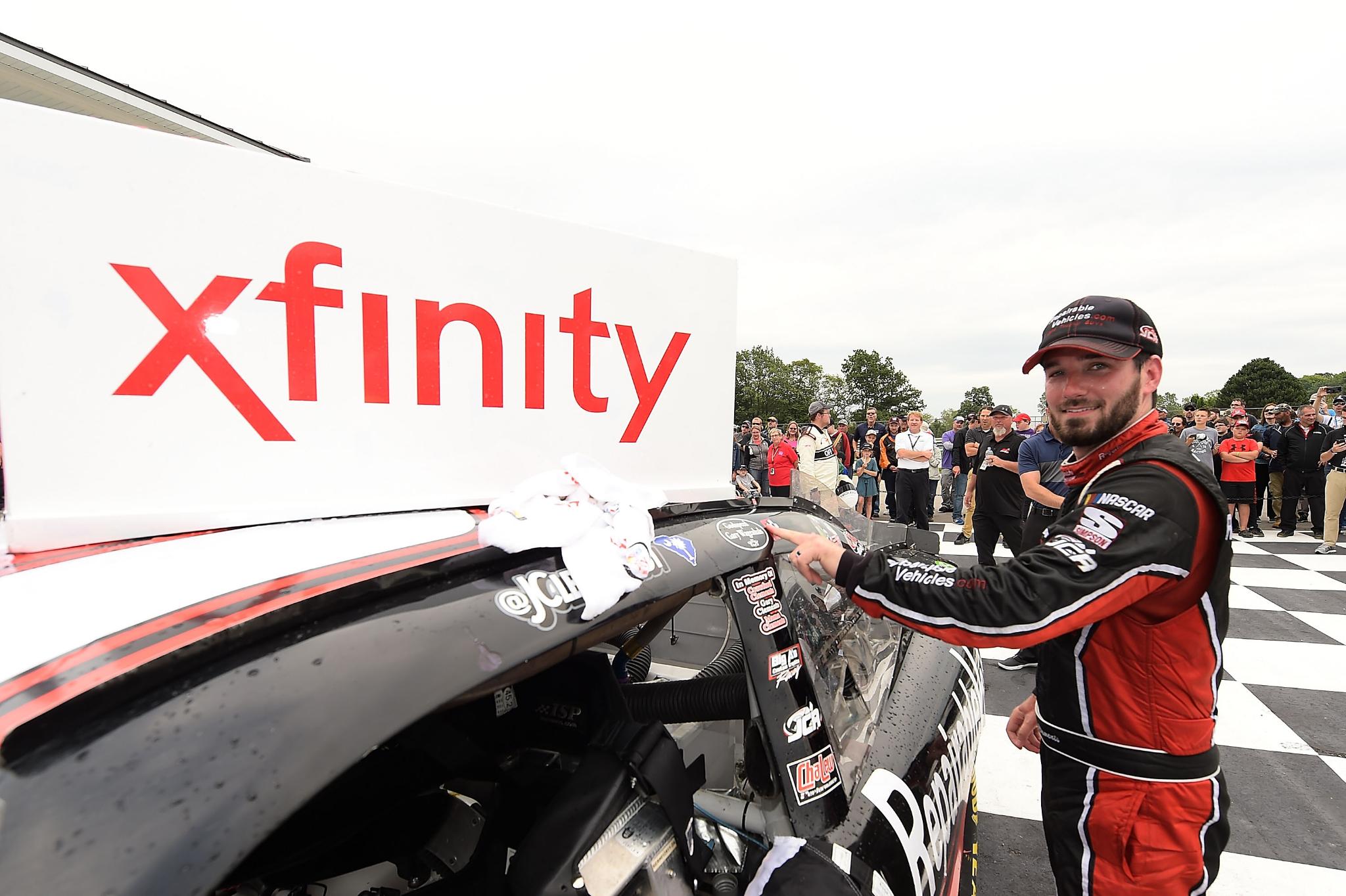 On the second-to-last lap of the Johnsonville 180 Sunday at Road America, Clements attempted to pass Matt Tifft for the lead. He wheeled his Chevrolet to the inside of Tifft’s Toyota Camry sending both of them spinning. Clements fired his car back up faster than Tifft and seized the lead headed into the final go-around. From there, the 32-year-old XFINITY Series veteran cruised to Victory Lane, finishing 5.802 seconds ahead of runner-up Michael Annett.

Clements, who co-owns Clements Racing out of Spartanburg, South Carolina, with his father Tony Clements, was running in a Chevrolet that was built in 2008. With the victory, he earned a berth in the NASCAR XFINITY Series playoffs.

"I'm extremely pleased right now, and it feels like a dream," said Clements, who started 24th in the 40-car field.

Tifft finished third. The 21-year-old Joe Gibbs Racing driver said he was battling a loose car in the braking zones and realized that Clements would pose a tough challenge, since he had fresher tires.

Tifft led six laps toward the end of the race before the incident with Clements, who made his final pit stop on Lap 29.

"I wish we could have raced for the white flag and been able to battle it out a little bit more," said Tifft, who made his final pit stop on Lap 21 in the No. 19 Toyota.

"It's funny how things work. How at Mid-Ohio you can be thrilled with a third-place finish and you're upset about it here. All you can do is keep on trying to have great runs and one day it works out for you."

The task was not a simple one for Clements, who held the race lead for a handful of laps when the leaders pitted early in the third stage and he was out in front for the one that mattered most in the 45-lap event.

"I was licking my chops," Clements said. "I was just so excited, I couldn't believe that the (win) was right there for me to get.

"I was really beating a lot of guys out of those last two corners. Especially the last corner; I could get in really deep. That's where I thought I could pass (Tifft) at. I should have maybe been a little more patient. But it was coming on the last lap. He's probably mad though, and I'm sorry to him."

Sports car standout James Davison was in the wrong place at the wrong time on the final lap of the second stage. Davison led the first 11 laps of the race but tagged the retaining wall in turn 6 on Lap 19 and sustained severe damage on the No. 20 Toyota that forced the Australian to the garage. Davison, driving for Joe Gibbs Racing in his third XFINITY Series start, won Stage 1 and led a race-high 11 laps.

Justin Marks overcame damage to his car sustained at the end of Stage 2 in a collision with Ross Chastain to finish fourth. Brendan Gaughan came in fifth. William Byron, Blake Koch, Cole Custer, Casey Mears and Parker Kligerman rounded out the top 10.