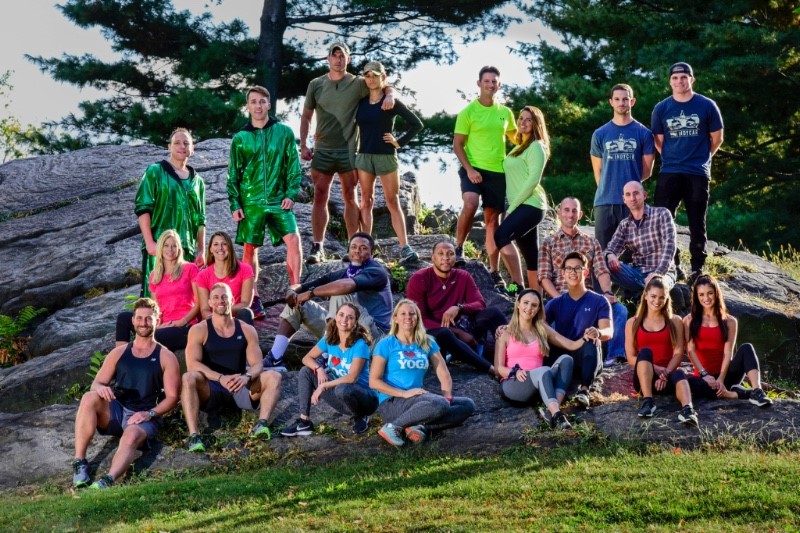 Alexander Rossi and Conor Daly have been friends for years, and sometimes housemates since both joined the Verizon IndyCar Series full time in 2016. Now they're something more: teammates for Season 30 of "The Amazing Race," the popular, Emmy Award-winning reality competition show airing on CBS.

Rossi and Daly form "Team INDYCAR" for the competition that covers 10 countries, 21 cities and more than 29,000 miles in the quest to cross the finish line first and win $1 million. Team INDYCAR is among 11 two-person entries competing in the contest, which premieres at 8 p.m. ET Jan. 3 on CBS. The 30th season of "The Amazing Race" will conclude with a two-hour finale on Feb. 21.

"It was a pretty crazy experience, definitely different than what I thought it would be – but totally worth it," Daly said. "It was fun to meet a lot of different people from different sports, different avenues of life. The cast really was one of the best parts of the show."

Rossi admitted he hadn't seen many previous seasons of "The Amazing Race" before undertaking the adventure. He was tested by it but enjoyed the experience.

"It was different in the sense that it's not as fast-paced as it appears in the show," Rossi said. "It was better than I expected because, in the gaps between legs of the race, they actually put you in a hotel and fed you and everything. So it wasn't kind of extreme like a 'Survivor' type of process.

"The legs were really long in the sense that you spent a lot of time in airports, you slept on the floor a lot," Rossi added. "It was an interesting experience. Again, I'm very happy that I had the opportunity to do it. It opened my eyes to what reality television is like. I think the fans will have a really good time watching it."

Participation by Rossi, the 2016 Indianapolis 500 winner, and Daly had been speculated since they were seen at start of the competition earlier this fall at Washington Square Park in New York City. From there, the teams went to Iceland, where they were tasked with traversing a massive canyon high above the Geitargljufur River.

Daly's knowledge of "The Amazing Race" may have helped the team during the competition. The 25-year-old from Indiana has been a fan of the show since high school.

"I thought it was really cool just because I obviously like racing, but it was a very different type of racing," Daly said. "One episode that really caught me was when they went to the racetrack in Abu Dhabi and they were driving race cars there. I thought, 'Oh, this is a show I need to do someday,' but it never really seemed like a possibility. Sure enough, it became a reality."

Daly said viewers will be impressed – and amused – by how he and Rossi work as teammates in high-pressure situations during the competition.

"I think Alex and I worked better than people might think as teammates," Daly said. "I'm very excited to have people see what went on and how it all went because I think it was fun. I think people will enjoy seeing us love each other and hate each other."

The two drivers have known each other since they competed in Europe together before reconnecting in the Verizon IndyCar Series. Rossi, 26, agreed they performed well together on the show, but not without a few friction-filled moments.

"Conor and I have known each other for a long time and we're very close friends," said Rossi, the native Californian now residing in Indianapolis. "We are able to push each other's limits – kind of in a good way and a bad way. His sense of humor is pretty infectious, so we had a good time together.

"In the heat of the moment you have disagreements, but at the end I think we worked really well together and I was very happy that he ended up being my partner."

Other teams competing in Season 30 include former NBA players Cedric Ceballos and Shawn Marion, competitive eaters Joey Chestnut and Tim Janus and X Games skiers Kristi Leskinen and Jen Hudak. Rossi expressed gratitude for officials at INDYCAR who paved the way for the racing duo to be on the show.

"It's all because of INDYCAR, really," Rossi said. "The series does a great job pushing out drivers and everything to get exposure to these casting people and to have these opportunities presented to us."

The Amazing Race Season 30 cast is currently racing around the world. And reports say there are some celebrities in this year’s group, including competitive eater Joey Chestnut, NBA star Shawn Marion, and IndyCar racers Alexander Rossi and Conor Daly.

Fans showed up at the TAR start line in New York City earlier this month to cheer on the contestants as they started their race around the world. Many were there to root for popular Big Brother alums Cody Nickson and Jessica Graf, who were officially announced as cast members last month.

“In ‘Big Brother’, we weren’t ever given a fighting chance after Cody’s HOH," Graf told Hollywood Reporter. “I can’t imagine this [Amazing Race] cast being equally a pack of scared little girls. I’m hoping we’re competing against people who appreciate good competitors."

The sleuths over at Reality Fan Forum took pictures of all 11 teams at the start line and has since figured out The Amazing Race Season 30 cast. And one of the most recognizable competitors was Chestnut, who just won his 10th Nathan’s Hot Dog Eating Contest this summer. His partner is another competitive eater, Tim Janus, aka Eater X. Janus, who set a record for the world’s longest burp several years ago, retired from eating competitions last year.

It will be interesting to see if The Amazing Race eliminates any food challenges for Season 30. It would seem unfair to have an eating contest when two professionals are among the cast.

But Chestnut and Janus could do well in other competitions, too. After all, they must be in great shape to eat as much as they do and not weigh 300 pounds. And Janus is quite smart, having previously won $100,000 on Who Wants To Be A Millionaire.

Chestnut and Janus aren’t the only celebrities appearing on the upcoming season of The Amazing Race. Other teams include IndyCar drivers Rossi and Daly, professional skiers Kristi Leskinen and Jen Hudak, former NBA players Shawn Marion and Cedric Ceballos, and Trevor Wadleigh and Christopher Marchant from the string quartet Well-Strung.

Producers likely cast these celebrities in an attempt to bring in higher ratings. But these stars could have somewhat of an advantage over the lesser-known teams, like lifeguards Brittany Austin and Lucas Bocanegra and twin firefighters Eric and Daniel Guiffreda. After all, citizens of other countries may be more willing to help random Americans with camera crews asking for directions if they recognize those Americans as famous athletes or competitive eaters. Hiddenremote.com

10/01/17 Rumor has it that 2016 Indy 500 winner Alexander Rossi and AJ Foyt Racing driver Conor Daly will both compete in this seasons 'The Amazing Race' that airs on CBS.

The show returns for its 30th season.

The show is a multi-Emmy Award-winning reality series hosted by Emmy Award-nominated host Phil Keoghan. This season, 11 teams will embark on a trek around the world. At every destination, each team must compete in a series of challenges, some mental and some physical, and only when the tasks are completed will they learn of their next location. Teams who are the farthest behind will gradually be eliminated as the contest progresses, with the first team to arrive at the final destination winning THE AMAZING RACE and the $1 million prize.