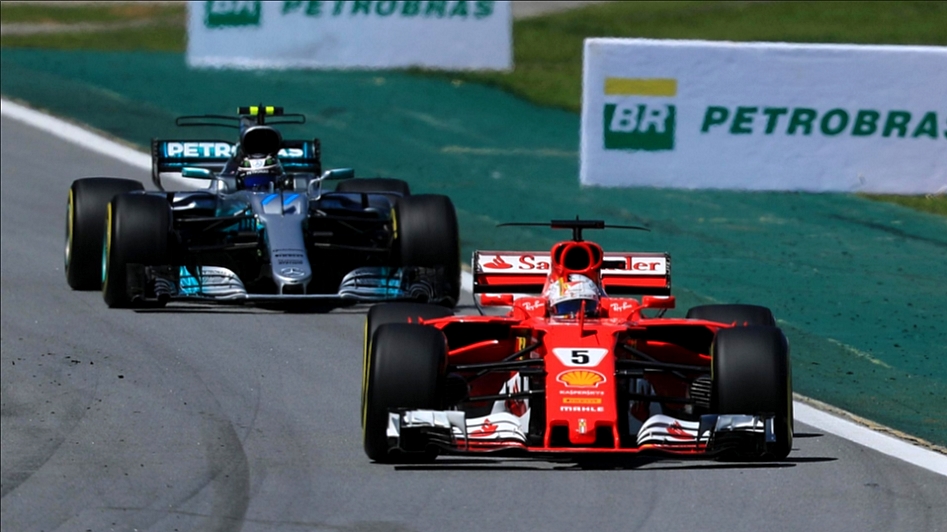 UPDATE Ferrari is on track to gain about $132 million in profits annually if it pulls out of Formula One according to analysis of its latest filings.

Earlier this month Ferrari’s chairman Sergio Marchionne sent shock waves through the sport when he revealed that the Italian marque is considering pulling out after 67 years of racing. Ferrari’s contract expires at the end of 2020 when F1 is expected to introduce a new engine and balance the prize money payments to teams. It has fueled Ferrari’s concerns.

Marchionne said that F1 "has been part of our DNA since the day we were born. So it’s not as if we can define ourselves differently. But if we change the sandbox to the point where it becomes an unrecognizable sandbox, I don’t want to play any more."

He added that “it would be totally beneficial" to Ferrari’s bottom line and although this was widely seen as sabre-rattling, it is actually driven by fact.

In return for being F1’s oldest team, Ferrari gets a turbocharged prize money bonus with $90m guaranteed annually before a single race begins. Last year it received an estimated total of $218m making it F1’s best-paid team. In contrast, Mercedes was paid a staggering $28m less even though it won the championship.

It doesn’t stop there as the F1 program acts like a marketing campaign for Ferrari which is why it is prepared to cover the $140m annual deficit it loses on F1. However, the benefit of this is hard to gauge as Ferrari hasn’t won the drivers’ championship since 2007 when the idiots let Aldo Costa get away. Likewise, Ferrari no longer needs to use F1 to boost its brand recognition as it is already one of the world’s most well-known motor marques.

Marchionne said that he has no concerns about being the boss who steers Ferrari out of F1 and would feel “like a million bucks because I’ll be working on an alternative strategy to try and replace it. More rational one, too."

11/03/17 (GMM) President Sergio Marchionne has threatened to pull Ferrari out of formula one.

The threat comes after new F1 owner Liberty Media announced plans to change the engine regulations beyond 2020, and just days before details of a planned 2019 'budget cap' are to be announced.

Germany's specialist Auto Motor und Sport reports that 2019 will be a budget cap 'trial year', with no penalties for overspending and the EUR 100-200 million cap to not include driver, top management or marketing costs.

"Each team will get an independent FIA accountant assigned to them," correspondent Michael Schmidt claims.

But as Liberty's plans for the future take shape, Ferrari president Marchionne's quit threat is a clear spanner in the works.

Italian media quote Marchionne as saying Ferrari "will not play" unless Liberty and the FIA create "circumstances which are beneficial to the maintenance of the brand and strengthen the unique position" of the team.

As for what Ferrari would do if it quits F1, Marchionne suggested Maranello could help establish a new series and "celebrate until the cows come home".

When asked how being the president who ended Ferrari's long association with F1 would feel like, Marchionne answered: "Like a million bucks".

However, he acknowledged that F1 has "been part of our DNA since the day we were born".

And despite not winning the title for the twelfth consecutive year, Marchionne said Ferrari should be happy with how it fared in the 2017 season.

"We did well considering our starting point," said the Italian-Canadian. "If I had said a year ago where we would be today, nobody would have believed me.

"We regret that we did not do better, but the car was good and in 2018 we will do much better.

"In the second part of the season, we suffered a mixture of technical problems and errors of the drivers," Marchionne charged.

"So even if it was painful, we learned a lot from the season," he concluded.

Finally, Marchionne denied meddling too much in the day-to-day running of Ferrari, insisting: "No, absolutely not. I only attend strategic meetings."

11/02/17 Ferrari NV threatened to quit Formula One racing as of 2021 if the circuit’s new owner Liberty Media Corp. goes ahead with a plan for substantial changes to engine rules.

Chief Executive Officer Sergio Marchionne said the Italian supercar maker “will not play" unless it’s provided with “a set of circumstances, the result of which are beneficial for the maintenance of the brand in the marketplace and to strengthening the unique position of Ferrari."

Dropping out of the racing series could eventually be beneficial for Ferrari results, and “we will celebrate until the cows come home," Marchionne said Thursday on an analysts’ call.

Ferrari is the only carmaker to have taken part in every edition of the Formula 1 World Championship, also known as F1, since its start in 1950. The Maranello, Italy-based supercar manufacturer has competed in more than 900 Grand Prix competitions, according to its website. Talks on new rules under the U.S. owner, now called Liberty Media Corp.-Liberty Formula One, kick off next week.

"Marchionne has a strong hand," said Max Warburton, an analyst at Sanford C. Bernstein Ltd. “He is clearly emotionally attached to F1, but in our view F1 needs Ferrari more than Ferrari needs F1." Tommaso Ebhardt/Bloomberg