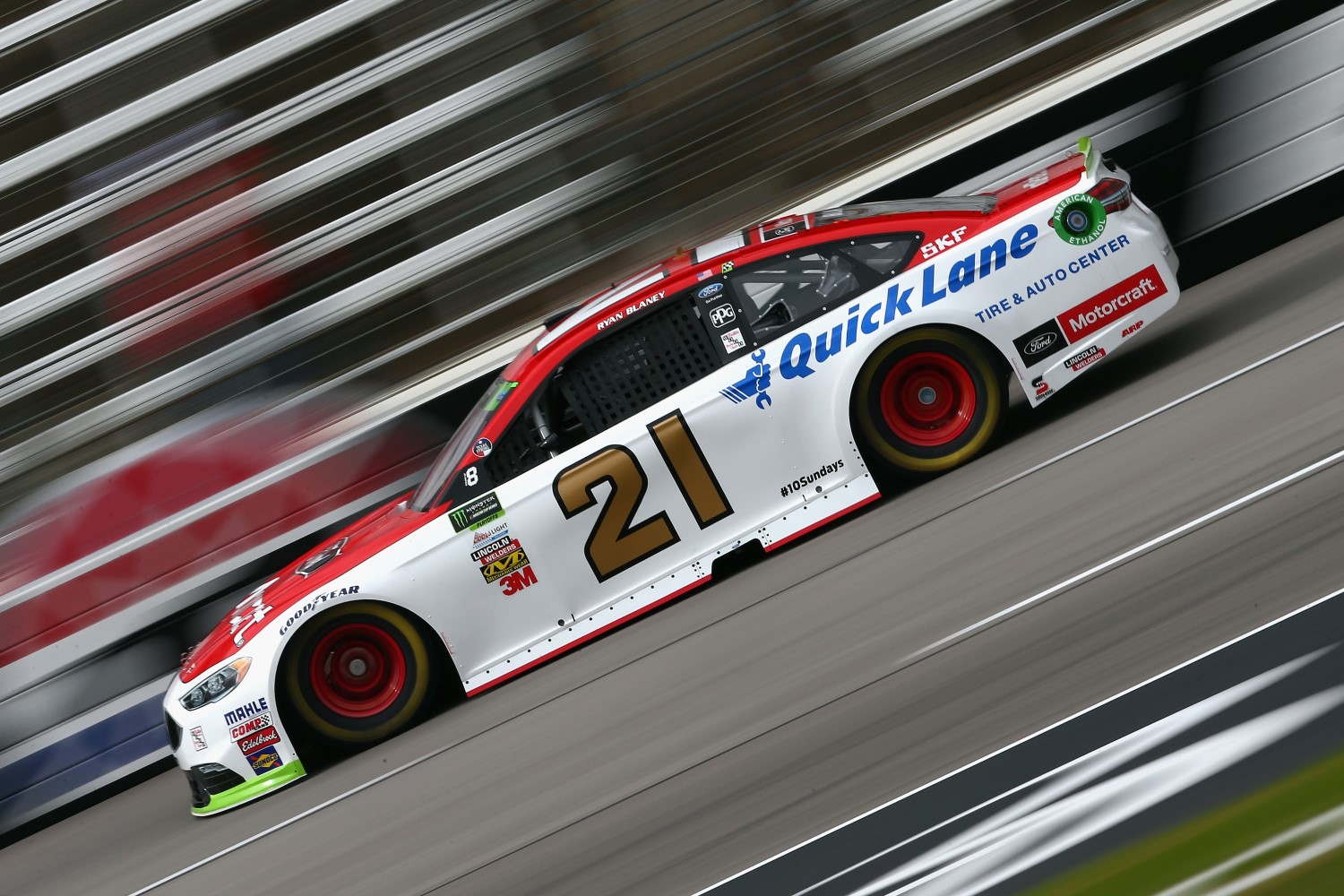 BodyArmor is considering a move to become a primary sponsor next year of the Team Penske Monster Energy NASCAR Cup Series car driven by Ryan Blaney, according to sources.

Blaney is moving to Penske from alliance team Wood Brothers Racing, and sources said that the company could come aboard the No. 12 Ford for several races as a primary sponsor.

Blaney signed a personal endorsement deal with the sports drink in March.

Menards is already committed to being a primary sponsor for 14 of the season’s 38 races.

Becoming a primary sponsor would mark a more significant investment and opportunity for BodyArmor than its current activation around Blaney. He appears in an ad for the drink, and he held a Blackout Berry version of the drink in victory lane at Pocono earlier this year.

BodyArmor also posts on social media about Blaney — the company sent out a retweet-to-win contest last Sunday for a Blaney-styled diecast.

BodyArmor has increased its presence in recent years with investors like Kobe Bryant, endorsers like Angels CF Mike Trout and an official partnership with the UFC. Its deal with Blaney represents its first play in motorsports. Adam Stern/SBD