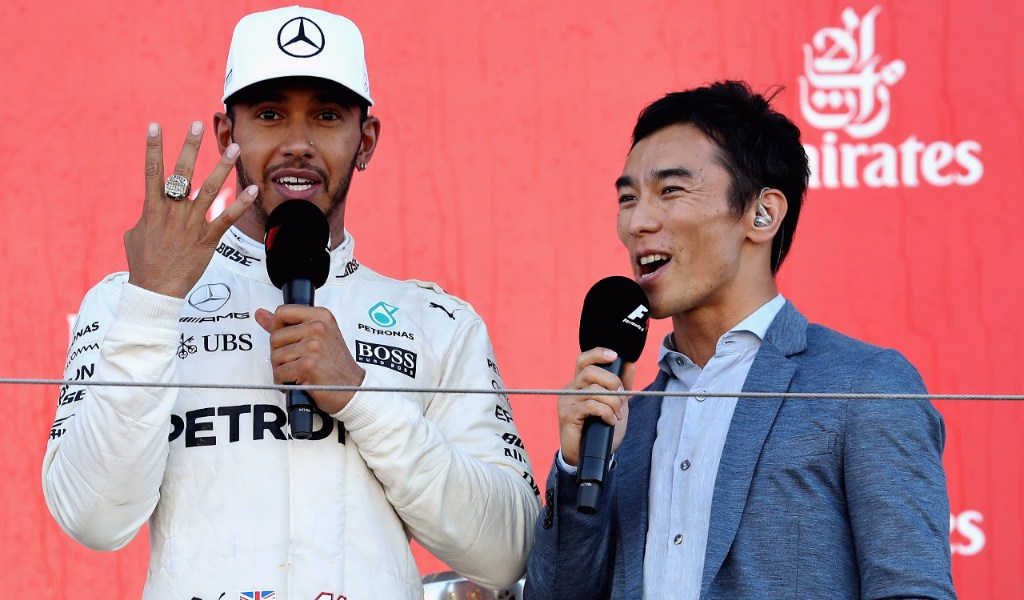 UPDATE This rumor is downgraded to 'false' today. Hamilton has ruled out a future appearance in the Indianapolis 500, saying he has “no real plans" to do any serious racing once his time in Formula 1 is over.

Three-time F1 world champion Hamilton admired 2017 Indy 500 winner Takuma Sato’s victory ring when on the podium at the Japanese Grand Prix earlier this month, trying it on and joking it may spur him to enter the race to try and win the jewelry.

Speaking ahead of this weekend’s United States Grand Prix in Austin, Texas, Hamilton stressed he made the comment in jest, saying he holds zero interest in entering the ‘500.

“Honestly it hasn’t inspired me to do the Indy 500," Hamilton said.

“I’ve always respected it and appreciated it. I got to watch part of it when Fernando did it which I thought was super exciting. I love the idea of drivers being able to do more than one series.

“Just the other day I got to drive an F1 car on an oval circuit which was interesting. I have a huge amount of respect for those drivers as it is quite scary approaching those banks at the speeds that they do.

“I personally don’t have a desire to drive it. Maybe one day I will go out and have some fun.

“I have a lot of opportunities to do those kinds of things, but no real plans to do anything serious."

Lewis Hamilton has teased a possible appearance at the Indianapolis 500 "one day" after being drawn to Takuma Sato's ring for winning the 2017 race.

The Brit opened up a 59-point lead in the World Championship standings after a hard-fought victory in Japan, but had other things on his mind after the race.

"Wow, you've got some bling, where did this come from?" Hamilton asked podium interviewer Takuma Sato, winner of the 2017 Indianapolis 500, when seeing his big, shiny ring on his right hand.

Sato returned to Hamilton after interviewing Max Verstappen and Daniel Ricciardo, prompting him to ask about it again.

He said. "Can I try this ring? Just to see if it's worth me going and doing it one day.

Hamilton then tried it on before saying: "Looks pretty good."

His contract with Mercedes is due for renewal, will Hamilton negotiate a clause that allows him to try the Indy 500?