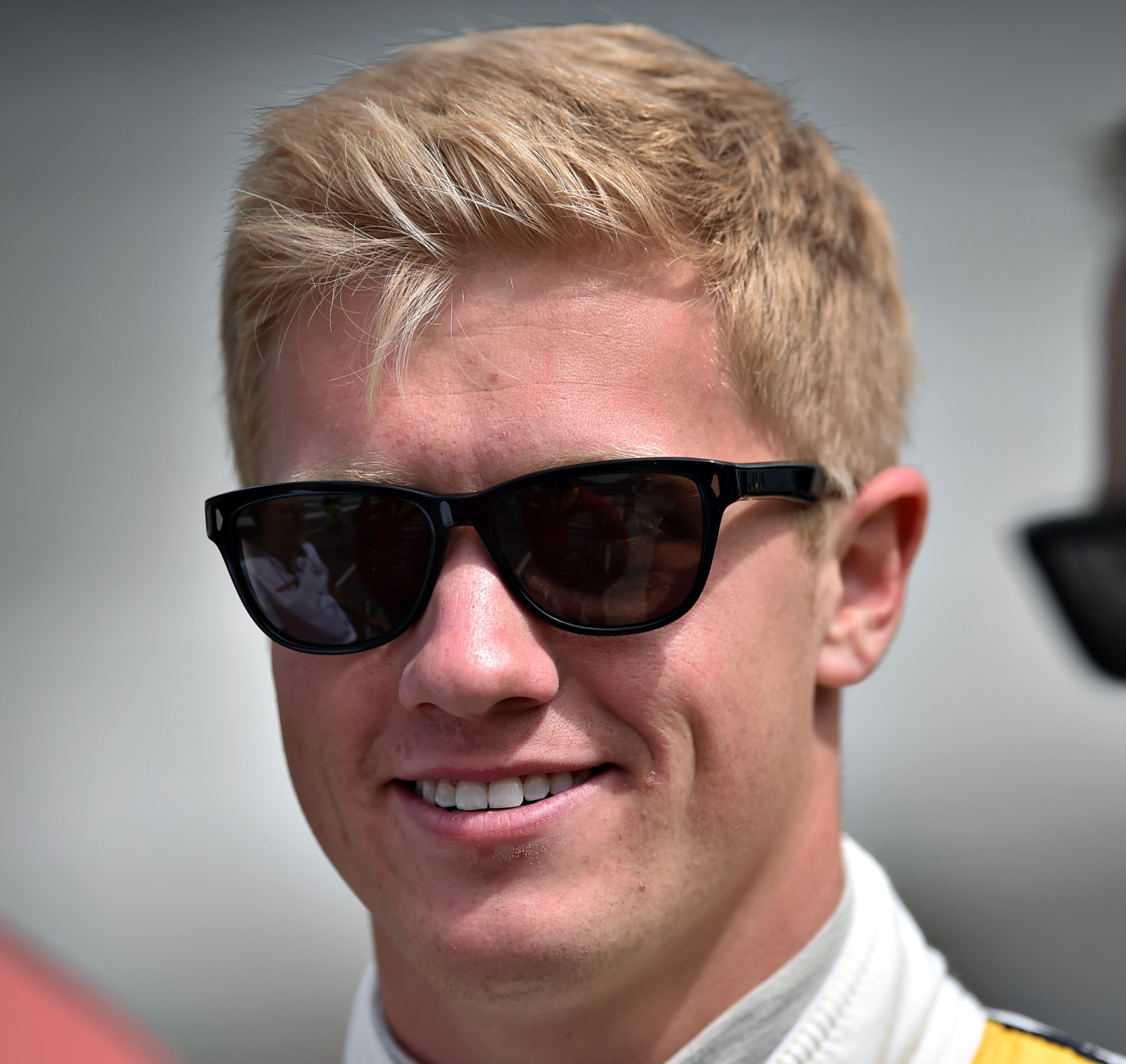 UPDATE This rumor is upgraded to 'fact' today. While he was not full-time for the team in 2017, he will be full-time for 2018 per today's announcement.

01/16/17 This rumor from June is downgraded to 'false' today. RACER.com reports that Pigot is expected to be confirmed as the designated road racer for Ed Carpenter Racing on Tuesday and he'll also do the Indy 500.

06/04/16 AR1 is hearing that 2015 Indy Lights Presented by Cooper Tires champion Spencer Pigot is being considered for a full-time drive with Ed Carpenter Racing in 2017. The Orlando native, of course, was a standout in the Mazda Road to Indy ladder system winning Pro Mazda and Indy Lights in back-to-back seasons. By virtue of the Mazda scholarship for winning Indy Lights, Pigot ran three races earlier this season for Rahal Letterman Lanigan Racing.

This past week it was announced this week Pigot would share driving duties in the No. 20 Fuzzy's Vodka Chevy for the remainder of 2017 starting with this weekend's races in Detroit. Team owner Ed Carpenter is driving the ovals while Pigot is contesting the road and street courses.

Now, whether this means Carpenter will step down from driving or teammate Josef Newgarden is set to move on from the team we do not know. Newgarden, of course, has been rumored for a move to a top-team for some time now, and his contract is up after this season. So, we imagine Newgarden's 2017 plans will have some affect on Pigot's.

Still, from everything we're hearing, it seems Pigot is not only in ECR's short-term plans, but long-term plans as well. We'll continue to follow this story.